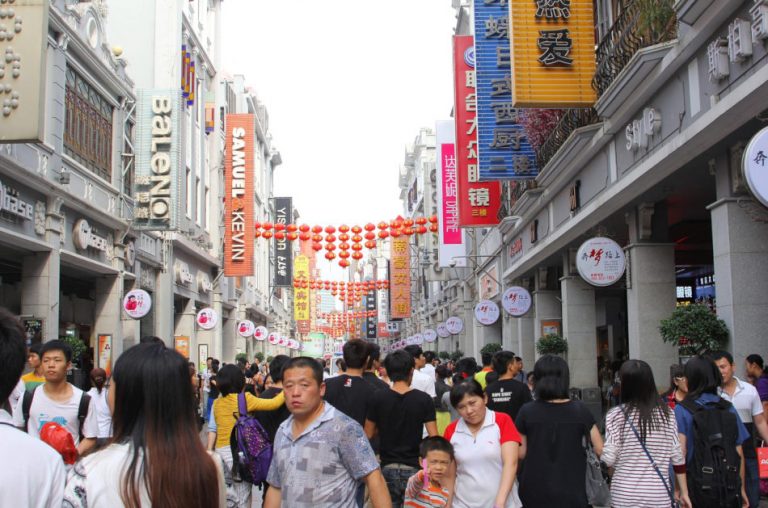 It is the people of China who are the primary victims of the Chinese Communist Party's cruel and inhumane rule. (Image: Inge Hogenbijl via Pixabay)

July 1, 2021, marked 100 years of bloodshed since the Chinese Communist Party (CCP) took over China. It also marks the 24th anniversary of Britain’s handover of the former colony of Hong Kong to the People’s Republic of China in 1997.

Along with the overt 100-year celebrations being carried out in Mainland China, President Xi Jinping was reported by the BBC as saying: “We will never allow anyone to bully, oppress or subjugate China” and: “Anyone who dares try to do that will have their heads bashed bloody against the Great Wall of Steel forged by over 1.4 billion Chinese people.”

One has to feel very sorry for the 1.4 billion Chinese people with no choice but to be used as the shield for Xi to hide behind while he indulges in warmongering rhetoric. Lord Alton, vice-chair of the cross-party Westminster Friends of Hong Kong group, reminded everyone: “We must be very clear — it is not China as a country or the Chinese people with whom we have a problem — quite the reverse. Indeed they are the primary victims of the Chinese Communist Party’s cruel and inhumane rule,” reported The House.

In the UK, NOW4Humanity set up a freedom protest opposite the Chinese Embassy in London.

Hong Kong activists, Uyghurs, and Tibetans met together at the Chinese Embassy along with guest speakers, in protest against the CCP’s abusive power and attacks on democracy throughout the world.

100th anniversary of the Chinese Communist Party a day of mourning

Benedict Rogers, Chief Executive and co-founder of Hong Kong Watch, stated that for any freedom-loving citizen, the 100th anniversary of the Chinese Communist Party is a day of mourning for all the victims of crimes against humanity, a day to remember the millions of innocent people who have been murdered and persecuted.

Luke John de Pulford, who coordinates the Inter-Parliamentary Alliance on China (IPAC), also spoke out at the protest. He reminded the public that the UK had made promises that it would uphold the rights of Hong Kong people through the Sino-British Joint Declaration, yet the “UK has defaulted on their promises.”

The Sino-British Joint Declaration set out that China would continue to honor the “one country, two systems” policy, respecting Hong Kong’s basic freedoms, the rule of law, and “high degree of autonomy,” and that Britain would monitor and safeguard that first promise.

According to Rogers: “Britain made two negotiation mistakes. It failed to include or even consult Hong Kongers in the deal. And it didn’t seek an enforcement mechanism in case the other side broke its promise. London took Beijing on trust.” While Luke John de Pulford asked: “What is the UK doing to hold the CCP to account?”

In the U.S., Mike Pompeo took to Twitter to say: “One hundred years of the CCP is a century of killing fields and genocide. No political party has killed more people than the CCP.”

Rogers questioned how with all the evidence, Britain could find the Chinese Communist Party to be trustworthy. He wrote in the New York Post: “How can a regime waging a cultural genocide and crimes against humanity be an ally? How can a state that repeatedly flouts international treaties and threatens the international rules-based order possibly be a reliable partner?”

Fortunately, there appears to be some movement in the status quo when in 2020 British politicians Tom Tugendhat and Neil O’Brien set up a China Research Group stating that it was time for ‘fresh thinking’ about the approach taken by Britain.

China retaliated against the noticeable power shift last year as The House reported that the Chinese Ambassador to the UK, Liu Xiaoming: “accused London of having ‘poisoned the relationship’ between the two countries as he hit out at British ‘interference’ in their internal affairs.”

On July 2, 2021, Rogers tweeted: “The world must wake up to the fact that the more we kowtow to the Chinese Communist Party, the lower they force us to bow. The more we compromise, the more they take.”