Wimbledon Is Not Just About Tennis 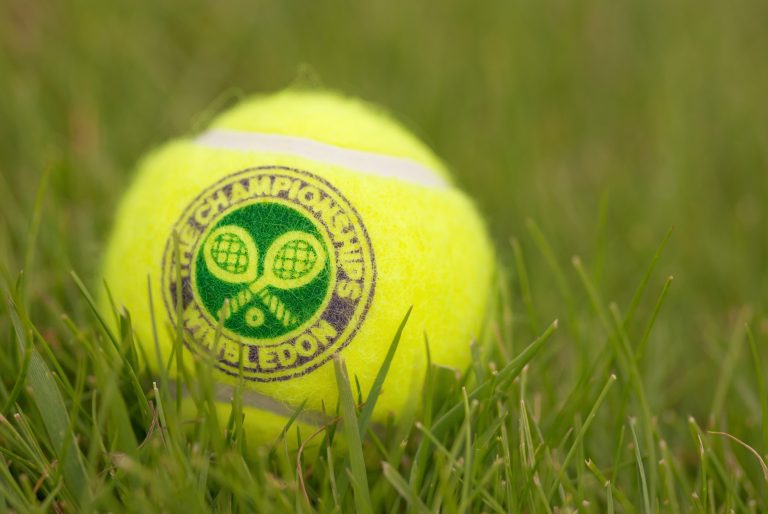 One year after the Club canceled its schedule due to the global pandemic in 2020, activities were back in full swing. (Image: Jiri Vondrous via Dreamstime)

On June 28, 2021, the Wimbledon Championships commenced, beating the lockdown to serve up grand slam tennis on the grass along with many time-honored British traditions dating from 1877, such as a strict dress code for competitors, the eating of strawberries and cream, and royal patronage.

The last time the Club, known as the All England Lawn Tennis and Croquet Club or just AELTC, was closed was during WWII when the stadium was bombed in October 1940, and it reopened to the public with reduced capacity in 1946.

One year after the Club canceled its schedule due to the global pandemic in 2020, activities were back in full swing. However, this year, some notable differences reflect the world we live in today, including a reduction in the number of visitors.

The ‘It’s a Wimbledon Thing’ campaign brings the opportunity for fans to participate in the Wimbledon vibe by opening up online, including a virtual picnic, activities and rituals, and a Wimbledon Fan Pack to recreate the experience at home.

However, there were other changes to Wimbledon this year that went beyond the pandemic and virtual participation with the introduction of Wimbledon Environment Day held on July 1, 2021. In cooperation with the UN climate summit COP26, which will take place in Glasgow in November, awareness of the environment was heightened. Several roundtables were scheduled on AELTC channels throughout the day.

Regulars would have immediately noticed that this year their Wimbledon strawberries came in recyclable cardboard packaging. Other environmental protection measures included the introduction of a reusable cup for cold drinks and the recycling of used strings from rackets.

According to AELTC Chief Executive Sally Bolton OBE: “We believe that the AELTC and The Championships have a meaningful role to play in helping to protect the environment, today and for the future.

Changes to our climate are accelerating, and we have a responsibility to play our part, mitigating our own impacts, ensuring we have a climate-resilient estate for the future, and using our influence to support this important cause.”

Recycled cardboard packaging is not the only change AELTC has made. AELTC progressed its collective efforts to support the local community in its recovery from the coronavirus (COVID-19) pandemic with the opening of the Wingfield kitchen to prepare and package 200 hot meals a day for distribution to those in need within the neighboring boroughs of Merton and Wandsworth.

The meals are being prepared by Food & Drink at Wimbledon, the AELTC’s year-round catering partner, led by executive chef Adam Fargin, and will be distributed to those in need by City Harvest, the food surplus distribution charity with whom the AELTC has a long-standing relationship.

In addition to the meal distribution program, which is currently planned to run for the next three months, a donation of funds has been made to City Harvest by the Wimbledon Foundation — the charity of the AELTC and The Championships — to support the organization which has provided more than 1.5 million meals during lockdown to date.

Adam Fargin said: “It’s wonderful to be able to support our long-standing partner, City Harvest, who helps to feed vulnerable people in the local area. We hope the worthy recipients enjoy some of our specially created dishes, which would have been served up at this year’s Championships at Wimbledon — we’re glad they’ve been put to good use.”

Nikki Tadema, COO at City Harvest said, “Wimbledon opening up an industrial kitchen to produce this food for the people who need it is outstanding. They’ve stepped up to the plate and we are very proud to be partnering with them.”