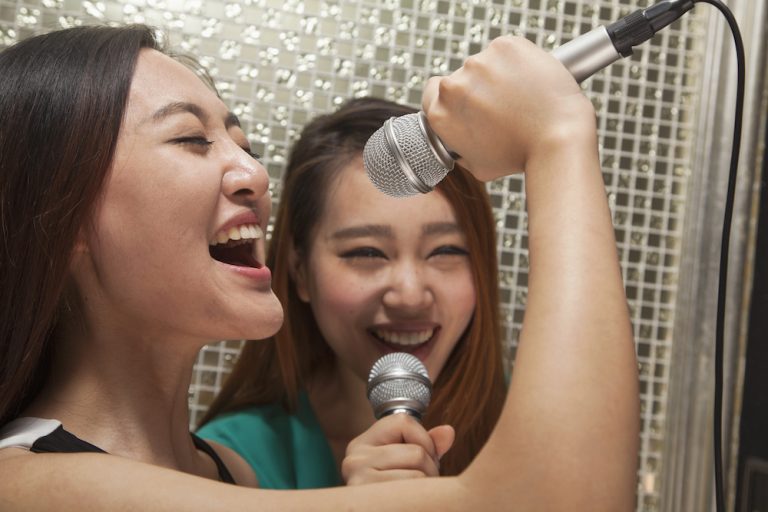 Authoritarian regimes want maximum control over their population, especially in China. That now includes what karaoke songs in China are allowed at a karaoke venue.

Singing karaoke songs in China is a massive pastime and the country’s so-called ministry of culture is preparing to limit what people can sing during a night out with friends at a karaoke venue, reported a Radio Free Asia (RFA) article.

The new rules from the ministry put the onus on the venues to seek and delete songs banned by the ruling Chinese Communist Party (CCP), said a draft of the guidelines seen by RFA on the ministry’s website.

Certain karaoke songs in China are now being blacklisted

Now, karaoke songs in China will be banned and deleted if they are deemed — by an “expert karaoke music” review board — to “endanger national unity, sovereignty or territorial integrity,” “harm national security, honor or interests,” or “incite ethnic hatred,” according to the guidelines.

The article said that the venues will need to establish a prohibited list of banned karaoke backing tracks and delete any songs that go against the new regulations.

The guidelines added that songs considered to be promoting certain unhealthy social trends would be will also be deleted, as would songs judged to be “insulting” to others.

A current affairs commentator named Sun Jialin, who is based in eastern China, told RFA that the ministry’s move is part of a continuing effort by the Chinese Communist Party (CCP) to dominate every facet of cultural life in the country, including people’s inner thoughts and feelings.

“Cultural censorship, ideological cleansing; it’s all brainwashing,” Sun said. “Judging from the main points [in the rules], this will affect any songs linked to themes of freedom and democracy, human rights, and the rule of law.”

The RFA article said that songs in China that support any independence movements in China or for the overthrow of the communist regime are fairly non-existent, although there are CCP-approved revolutionary tunes and propaganda songs.

The ministry and its censors are expected to instead target karaoke songs in China that are linked with certain ideas, i.e., things considered foreign, religious, or political. Among such songs already popular in karaoke venues are those that have become anthems of various movements that irked the CCP — especially songs sung by certain Taiwanese or Hong Kong bands.

A scholar in the Chinese province of Hunan, who offered only the surname Tian, told RFA that the ministry’s move is part of a much wider bid by the communist authorities to gain complete control over all areas of public speech and expression. Thus, the CCP has resorted to blacklisting karaoke songs in China that they feel threatened by.

“They are worried that certain unstable factors in society will use different methods to destabilize the regime,” Tian said.

“There is a huge, internal and external propaganda drive afoot in the cultural sphere right now,” he said. “It’s all about ideological control.