Tippi, the Girl Who Grew Up With Her Wild African Animal Friends. Where Is She Now? 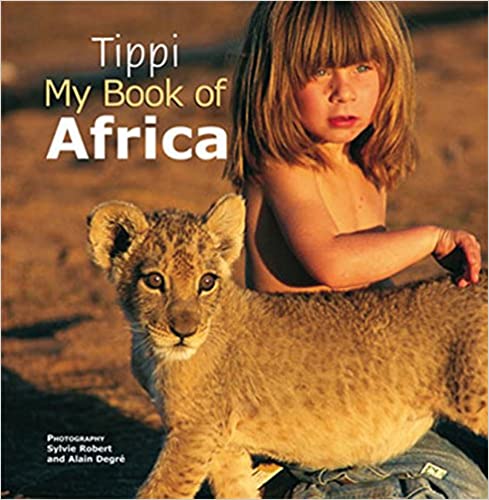 Young Tippi grew up with her wild and wonderful African friends. (Image: via amazon.co.uk)

She was born in Namibia in 1990, but she was no ordinary child. She played with wild African animals since she was a baby. Tippi Degré believes she has the gift of talking with animals; they are like brothers and sisters to her.

I speak to them with my mind, through my eyes, my heart, or my soul. I see that they understand and answer me.

She also became best friends with the Kalahari bushmen tribes of the desert. They taught her how to forage for berries and roots, shoot with a bow and arrow, and dance with abandon.

Tippi was an innocent and fearless little animal lover who was able to communicate with them.

The footage (below) and photos of Tippi riding her “big brother,” the giant elephant, playing with leopards, cheetahs, snakes, and other exotic African wildlife are truly incredible.

‘Bridging the Gap to Africa’ trailer

This documentary is the second one about her. The first was in French and is yet to be translated. That one is called Le Monde Selon Tippi, which means “The world according to Tippi.”

The video is a part of Le Monde Selon Tippi. Although it’s in French, it transcends the need for language—the footage is an exceptional story.

In the clip, you see Tippi playing with an elephant called Abu. He is a male African elephant, nearly 10 feet tall, with tusks almost 7 feet long, and he weighs 5 tons. He’s Tippi’s “big brother” and best friend. At that time, he was around 32 years old.

What was she doing there?

Tippi’s parents are French filmmakers and wildlife photographers — Alain Degré and Sylvie Robert. They moved to Namibia when Sylvie was pregnant. Namibia is in Southern Africa, bordering South Africa, Botswana, Angola, Zambia, and the Atlantic Ocean. They lived there until Tippi was 10.

Tippi, My Book of Africa is a must-read. It’s her story and her photos. You will be left wondering, with eyes wide open: “Is this for real?”

“Tippi shares her thoughts and wisdom on Africa, its people, and the animals she has come to know and love. Often her wisdom is beyond her years, and her innocence and obvious rapport with the animals is both fascinating and charming,” says the review of her book on Amazon.

Children love her book too; it opens their minds to the possibilities of this amazing life and world, and supports the idea that children tend to feel innately when they are young, that animals are sentient, and we can communicate with them, and should care for them.

When Tippi was 10, her family returned to Paris. Not surprisingly, she didn’t settle well into the public schools, and her parents took her back out to be home-schooled.

Tippi has been a genuine national hero in France. She has since been involved in multiple documentaries and projects to raise awareness of the troubles and plights of African wildlife, as some teeter on the brink of extinction.

Still living in Paris, she is now 24 and has just completed her film studies. Named after Tippi Hedren, the actress from the Alfred Hitchcock film The Birds, she is destined for cinema, but her vision will see her just as much behind a camera as in front of one. She continues to be active in the conservation and documentary fields. She is currently the director of “El Petit FICMA,” the children’s section of the FICMA environmental film festival.

She has big boots to fill, but strangely enough, they are her own. Her legacy will always precede her, and will always be remembered.

Please share this story on social media. The more we see these images of compassion for animals, the higher we will raise our collective consciousness on issues of wildlife conservation and respect for the planet. This little child is the perfect example.