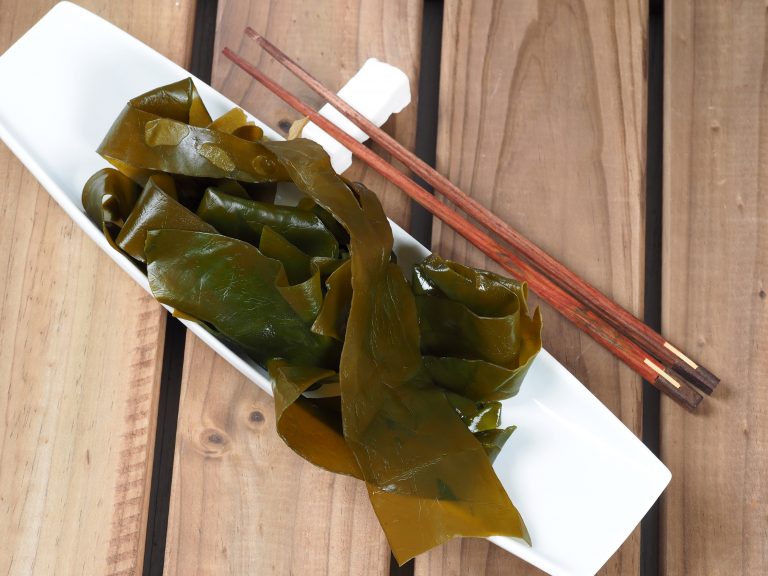 Kelp, a type of seaweed, is full of healthy nutrients that can benefit your health and possibly even prevent disease. (Image: Edible Kelp via Dreamstime)

You already know to eat your daily servings of vegetables, but when was the last time you gave any thought to your sea vegetables? Kelp, a type of seaweed, is full of healthy nutrients that can benefit your health and possibly even prevent disease.

This type of sea algae is already a staple in many Asian cuisines. It’s a natural source of essential vitamins, minerals, and antioxidants.

You may have seen this marine plant at the beach. Kelp is a type of large, brown seaweed that grows in shallow, nutrient-rich saltwater near coastal fronts around the world. It differs slightly in color, flavor, and nutrient profile from the type you may see in sushi rolls.

Kelp also produces a compound called sodium alginate. Food manufacturers use sodium alginate as a thickener in many foods, including ice cream and salad dressing.

Because it absorbs the nutrients from its surrounding marine environment, kelp is rich in vitamins, minerals, and trace elements. The National Institutes of Health (NIH) says that seaweed, such as kelp, is one of the best natural food sources of iodine, an essential component in thyroid hormone production.

The benefits of eating kelp in reducing the three highs

Kelp is the food that has the most impact on the three highs. So for people with any or all, kelp is an effective treatment in TCM.

According to a major study, seaweed is a rich source of proteins known as bioactive peptides — which are also found in milk. These chemicals have a similar effect to ACE inhibitor drugs, which are widely prescribed to help lower blood pressure and prevent heart attacks and strokes.

A 2011 review of 100 studies on the benefits of seaweeds, published in the American Journal of Agricultural and Food Chemistry, reported seaweeds may be used to help lower blood pressure and promote heart health.

Heart disease is the leading cause of death worldwide. Factors that increase your risk include high cholesterol, high blood pressure, smoking, and being physically inactive or overweight. Interestingly, seaweed, and kelp, in particular, may help reduce your blood cholesterol levels.

Heart disease can also be caused by excessive blood clotting. Seaweed contains carbohydrates called fucans, which may help prevent blood from clotting. In fact, one animal study found that fucans extracted from seaweed prevented blood clotting as effectively as an anti-clotting drug.

Diabetes occurs when your body is unable to balance your blood sugar levels over time. Interestingly, seaweed, and specifically kelp, have become a research focus for new ways to support people who are at risk of diabetes.

The study also noted additional improvements in blood sugar levels in those with a genetic disposition to insulin resistance, which usually accompanies type 2 diabetes. What’s more, another substance in kelp called alginate prevented blood sugar spikes in animals after they were fed a high-sugar meal. It’s thought that alginate may reduce the absorption of sugar into the bloodstream.

Kelp is a key ingredient in many Asian dishes, and one of the most popular is miso seaweed tofu soup.