Gigantic Sculptures of Incan Gods Carved Into a Mountain in Peru 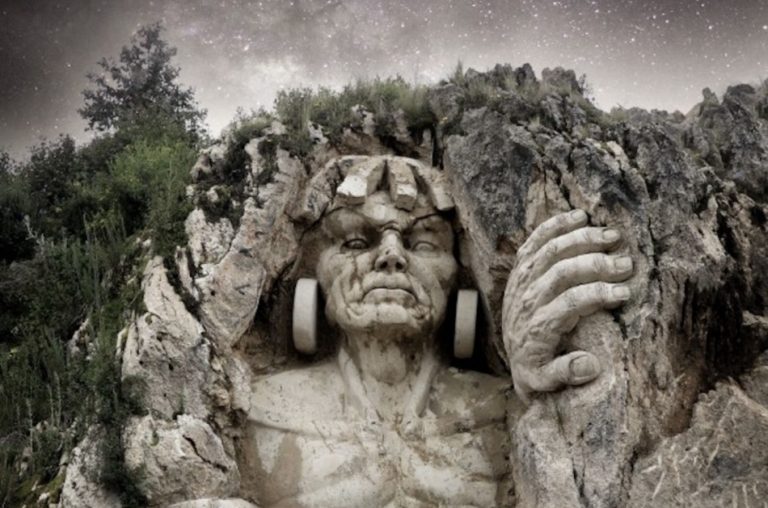 The Abode of the Gods is a new tourist attraction in Cusco, Peru, showcasing stone sculptures of Incan gods and Andean figures. (Image: Apukunaq Tianan via Facebook)

The Peruvian city of Cusco, already marked as a UNESCO World Heritage site, now has a new tourist attraction — the sculptures of Incan gods called Apukunaq Tianan, which in the Quechua language denotes the Abode of the Gods. The sculptures are being carved by a regional artisan and are already attracting tourists from around the world. The South American country of Peru is also famous for its historic ruins, the Incan city of Machu Picchu, and the Amazon rainforest.

The sculpture site is located in the Poroy District and it takes around 40 minutes from the city of Cusco to reach there. The site is under construction, but the good thing is the completed set of sculptures is open for public viewing. However, visitors are required to adhere to the necessary precautions owing to the ongoing pandemic. The site, which contains a set of sculptures representing figures of mythological Inca Andean deities, is ideal for lovers of culture and heritage and also for general tourists seeking a relaxed outing. At Apukunaq Tianan, visitors can see a set of sculptures of Incan gods carved right into the mountainside. This may remind you of Mt. Rushmore in the U.S., though on a smaller scale.

Sculptures of Incan gods from mythology

The sculptures of Incan gods carved at Apukunaq Tianan have a height of 49-56 feet and they are quite awe-inspiring. Along with these stone-carved sculptures, viewers can also see a few smaller carvings that are made of rock and wood.

The sculptures of Incan gods that visitors can now see at the site include the likes of Inca deity Pachamama, along with an Apu Guardian, a puma, and Wiracocha. Incidentally, in Incan mythology, Pachamama is Mother Earth, a major god. The puma, according to Incan culture, is a sacred animal. There is Wiracocha as well, the Inca creator god. It is a remarkable feat for the artist, Michael de Titan, who used only a chisel and hammer to carve out the sculptures from the rock. The units take a long time to complete, but Michael and his team are dedicated to giving it their best.

Remarkable finish and attention to detail

Everything about the sculptures, from the facial features of the deities to the eye and teeth of the Puma, reflects an amazing level of skill. Since these stone sculptures are very detailed, the entire set may not be completed this year. That has, however, not deterred regional tour agencies who are including the venue near the Urubamba Valley in their packages. In fact, a handful of agencies are offering the tour now. According to updates, the sculpting work will be wrapped up when the bicentennial year of Peru’s independence takes place. The site is designed and maintained in a meticulous manner.

The images of Apukunaq Tianan have gone online and the response has been quite positive. Viewers feel that the artist has succeeded in merging nature with art, much as the ancient Inca people did. The site also has a Facebook page where updates on it can be found.