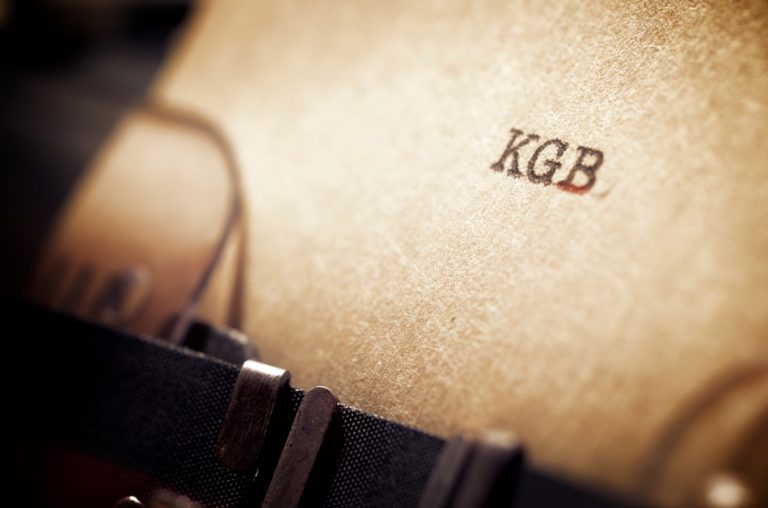 An ex-KGB officer and Soviet defector details the Soviet Union’s ideological subversion in America from the 1920s until the late 1980s with ramifications upon Western society that continue until today. (Image: Pedro Antonio Salaverría via Dreamstime)

Former KGB agent Yuri Bezmenov played a role in the Soviet Union’s communist ideological subversion in America that started in the 1920s and continued up until the late ’80s, but these ramifications upon Western society continue until today.

Despite what you may think, espionage activities took up only a small fraction of the KGB’s resources. Most of the KGB machinery focused on ideological subversive operations in Western societies, said Yuri Bezmenov, an ex-KGB officer and Soviet defector.

“The main emphasis of the KGB is not in the area of intelligence at all. According to my opinion and the opinion of many defectors of my caliber only about 15 percent of time, money, and manpower is spent on espionage as such,” said Bezmenov. “The other 85 percent is a slow process, which we call either ideological subversion, or active measures, or psychological warfare.”

Speaking to G. Edward Griffin in the below video made in 1984, Yuri Bezmenov said that it’s done in four stages, with the first one being “demoralization.”

“The goal of this process is to change the perception of reality of every American to such an extent that despite the abundance of information, no one is able to come to a sensible conclusion in the interests of defending themselves, their families, their communities, and their country,” said Yuri Bezmenov, who held a position with the Novosti state press agency, which was a front for the KGB.

“It takes 10-15 years to demoralize a nation,” he says. “Why that many years? Because this is the minimum number of years it requires to educate one generation of students in the country.”

Yuri Bezmenov said Marxist-Leninist ideology was pumped into the soft heads of at least three generations of American students without being challenged or counter-balanced by the basic values of Americanism and American patriotism. “The result? The result you can see: Most of the people who graduated in the ’60s — dropouts and half-baked intellectuals — are now occupying positions of power in the government, civil service, business, mass media, [and] the education system,” said Bezmenov, who was an expert in Soviet propaganda.

But if a Marxist-Leninist regime did end up coming to power, Bezmenov said these American leftists and idealists would be marked for execution because once they realize the reality of a brutal Soviet socialist system, they would rebel.

“[A] Marxist-Leninist regime doesn’t tolerate those people. In a Marxist-Leninist state, there will be no place for dissent,” he says, adding that left-leaning people such as Jane Fonda would be crushed like cockroaches.

Yuri Bezmenov said that the demoralization process in America was completed and was a success, to such an extent that it would have surprised the top echelons of the then leaders of the KGB. What’s more, it is being done (at that stage during the 1980s) by Americans on Americans because of a lack of moral standards in society.

“A person who has been demoralized is unable to accept true information; the facts tell nothing to him,” Bezmenov said. He added that these individuals only realize the truth about a Soviet socialist state when they’re in a gulag and being crushed by a military boot.

Next stages of subversion in America

The second stage is to subvert the economy, the defense systems, and the foreign policy, which he said was rife with Marxist-Leninist ideology.

The third stage is when crises are brought upon society.

“This’ll happen when all the schmucks promise all the goodies and to bring paradise to the Earth. To destabilize your economy, to eliminate the principle of free-market competition and put in a big government in Washington, D.C. with a benevolent dictator who’ll promise a lot of things. Never mind if those promises are fulfilled or not,” he said.

This, Yuri Bezmenov said, would finally create a violent crisis that would result in the overthrow of the government and society.

The fourth stage of the Soviet plans was then “normalization,” where a socialist dictatorship rules supreme and tolerates no dissent.

As described in the video, Yuri Bezmenov participated in the KGB’s subversive activities while assigned to the Soviet Embassy in New Delhi, India.

Here, the KGB even got him to visit Maharishi Mahesh Yogi, who gained fame for being a guru to the likes of the Beatles and the Beach Boys (at 49:37 in the video). Bezmenov was to report on what types of VIPs from the West would go to the guru’s school to learn Transcendental Meditation. Such alternate types, Bezmenov said, were easier to manipulate.

Yuri Bezmenov said he worked for the Department of Research and Counter-Propaganda at the embassy, but most of their activity was compiling huge volumes of information on individuals who were instrumental in forming public opinion, such as members of parliament, media professionals, actors, educators, and leaders of business.

These influential types were divided into two groups, Bezmenov said.

“Those who would tow the soviet foreign policy. They would be promoted to positions of political power through media and public opinion manipulation,” he said.

Those who refused the Soviet influences in their own country would be the target of character assassinations and/or they were slated to be executed if the socialist revolution did take place.

“To my horror, in the files [in his office at the Soviet Embassy] were people who were doomed to execution. There were names of pro-Soviet journalists who I was personally friendly with,” said Bezmenov.

“They were ideologically-minded leftists who made several visits to the USSR and yet the KGB decided that come the revolution or drastic changes in the political structure of India, they will have to go [as in be killed],” he said.

“Because they know too much. Simply because they’re useful idiots, the leftists who believe in the Soviet socialist or communist system — when they become disillusioned they become the worst enemies,” Bezmenov said, adding that his KGB instructors told him not to bother with leftists and to aim higher. The real targets were the large established media, rich movie producers, intellectuals, and academic circles.

Yuri Bezmenov was also told to target “cynical egocentric people who can look you in the eyes with an angelic expression and tell you lies, [as] these are the most recruitable people who lack moral principles, people who are greedy or who suffer from self-importance, they feel they matter a lot. These are the people who the KGB wanted to recruit very much.”

Seeing the names of those journalists on the death list made Yuri Bezmenov mentally and physically sick. That and the KGB’s activities to foment violent unrest in East Pakistan (Bangladesh) helped him make up his mind to defect to the West in 1970.

“My main motivation to defect had nothing to do with affluence [as in seeking a better life], it was mainly moral indignation, moral protest, rebellion against the inhuman methods of the Soviet system,” he said, also referencing the Soviet’s oppression of Russian dissidents and intellectuals.

“To my horror, I discovered we are a million times more oppressive than any colonial or imperialist power in the history of mankind… What my country brings to India was not freedom, progress, and friendship between the nations, but racism, exploitation, slavery, and of course economical inefficiencies,” he said.

Yuri Bezmenov said he literally fell in love with India and developed what the KGB fears most, split loyalties, where an agent likes the country of assignment more than his own.

Born in 1939, Yuri Bezmenov was a child of a high-ranking Soviet military officer. He said he had a privileged life, and as a member of the elite, he attended the best educational institutions.

After his defection, Yuri Bezmenov lived in Canada, and during the 1980s, he wrote several books. He passed away in 1993.

Editor’s note: Evidence that has come to light in recent years, including files from the Venona counter-intelligence program and Soviet archives, proves extensive Soviet subversion not only in the U.S., but also in other Western nations.

Did you know Marxism still thrives in American education campuses? For how Marxism continues to subvert American culture through education, see the below video: