Do You Remember the Classic TV Series ‘Monkey’? 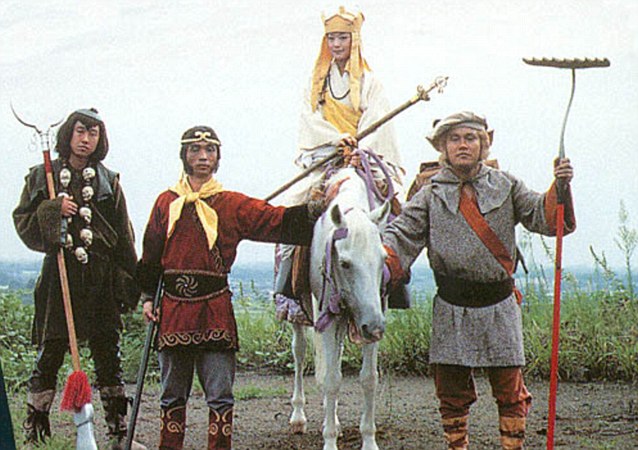 The perspective of a story determines who is telling it and how much information is revealed. (Image: Screenshot via YouTube)

Everyone has their favorite television show while growing up, mine was a Japanese TV series called Monkey or Saiyûki. My family always called it “Monkey Magic” because of the song in the opening sequence. The show was an adaptation of a Chinese folktale about a pilgrimage to the West undertaken by a monk and his divine guardians. I hadn’t thought about Monkey for years until recently when I saw a show about traditional Chinese culture called Shen Yun.

Filmed in northwest China and Inner Mongolia, the show was produced by Nippon Television (NTV) and International Television Films in association with NHK, and broadcast from 1978 to 1980 on Nippon Television and later by the BBC and other Western broadcasters.

Monkey is considered a cult classic in countries where it has been shown. Among the features that have contributed to its cult appeal are the theme song, the dubbing of the actors’ original dialogue, the fact that the young priest Tripitaka was played by a woman, and that Guanyin, who is usually depicted in statues and paintings as a female, is portrayed by a male.

The opening sequence to Monkey:

Two 26-episode seasons ran in Japan from October 1978 to May 1980. Starting in 1979, Monkey was dubbed into English (a BBC production) and subsequently broadcast in the United Kingdom, New Zealand, and by ABC Television in Australia, with dialogue written by David Weir.

Only 39 of the original 52 episodes were shown by the BBC. The remaining episodes were dubbed by Fabulous Films Ltd in early 2004 by the original cast, following a successful release of the English-dubbed series on VHS and DVD; then they aired on Channel 4 in the UK. Alongside The Water Margin, which the show replaced in the BBC schedules, Monkey is a rare example of a Japanese TV show playing on British TV.

While Monkey never received a broadcast in the United States, Monkey was shown on local Japanese language television stations in California and Hawaii in the early 1980s.

One of the dances included those much-loved characters from my childhood and brought all the memories flooding back. Some of the things I remember fondly from Monkey were the out-of-sync English dubbing, the interesting casting choice of actress Masako Natsume for the male monk Tripitaka, and the narration with its good moral teachings.

The special effects were truly special and really added to the comedy value. Whenever the intro came on, my brother and I rolled up into balls and mimicked a monkey exploding out of a rock!

Inspired by the classic Chinese novel ‘Journey to the West’

Revisiting this series, I found out that the Japanese drama was based on the 16th-century Chinese novel Journey to the West by Wu Cheng’en, and was filmed in Northwest China and Inner Mongolia.

Monkey, Pigsy, and Sandy strike a deal to pay for the sins of their past lives by helping Tripitaka on a quest to India to return sacred Buddhist scriptures to China. On the journey, they encounter many dangers, challenges, and demons!

The mischievous Monkey is a brave fighter with magical powers, like flying on a pink cloud. Greedy Pigsy is far less brave, and often tempted by food and women, while Sandy is a thinker, but not a doer. Tripitaka seems naïve and trusts everyone, unaware of the evils in the world.

With their distinct personalities, part of the magic — aside from the effects — is in watching them clash, as they quite miraculously survive trying to work together on their journey.

There are some deep lessons there. No wonder Mom watched it with us; although she never rolled into a rock-ball and exploded, I can forgive her for that.