What Do Chinese Opera Masks Represent? 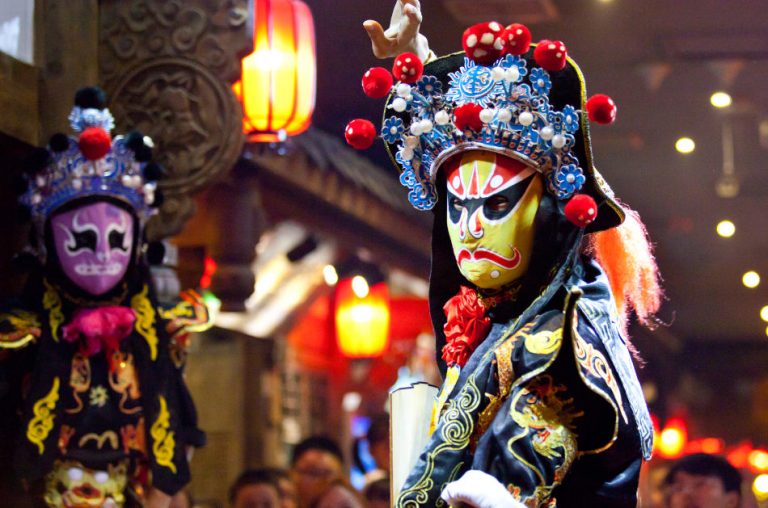 Kunqu Opera originated 600 years ago in Kunshan, Jiangsu Province. Being the oldest Chinese opera, it is well regarded as China’s most iconic.(Image: Saikit Leung via Dreamstime)

Chinese opera masks may be a mystery to outsiders, but to lovers of Chinese opera who are familiar with Chinese arts, one look and they can easily identify the character, and even the role that the character will play in the opera.

The secret? Knowing what the colors of Chinese opera masks represent

The color black was originally referred to as a skin color because Lord Bao’s skin was black (Bao Zheng was an outstanding scholar and statesman in the Song Dynasty, A.D. 999-1062). His face mask was therefore depicted as black.

His image was widely recognized, and the color black became a symbol of fairness and impartiality. With time, the black mask represented courage and integrity, straightforwardness, and being resolute.

The characteristics of the color red are loyalty, courage, and uprightness — so red is usually used in positive roles. Originally used to portray a character’s skin color in combination with black, it meant gallantry and sincerity. Red stands for courage, and therefore, masks of loyal and gallant soldiers, as well as celestial beings, are represented by the color red.

The color white is arranged as faintly pink and beige. This mask is often used to indicate a villain. In the history of the Three Kingdoms, the warlord and chancellor of the Eastern Han Dynasty, Cao Cao, was a symbol of treacherousness and of suspicious traits.

However, the white mask is also used for old heroes with white hair and ruddy complexions, such as generals, monks, eunuchs, etc.

In Chinese opera, green masks are generally used to represent brave, reckless, and violent characters. Bandits who made themselves Lords were also portrayed with green masks.

The indications for the colors blue and green are similar; they are extensions of black, representing the personality traits of fierceness and being forthright. However, blue can also indicate being sinister and cunning.

This color is between red and black and represents being solemn, upright, and serious, as well as exhibiting a sense of justice. Purple is sometimes used to sketch an ugly appearance on the face.

The color yellow may imply the bravery of a character, being sturdy and fierce. Yellow Chinese opera masks are also used for cruel and short-tempered character roles.

These colors are used mainly for fantasy masks to display the mighty power of supernatural beings, as well as ghosts or spirits that display cruelness and cold-bloodedness. Sometimes, golden masks are used to display the prowess of generals, and an increase in their rank.