‘A Sorrow Too Deep for Tears’: Persecution of a Chinese Woman 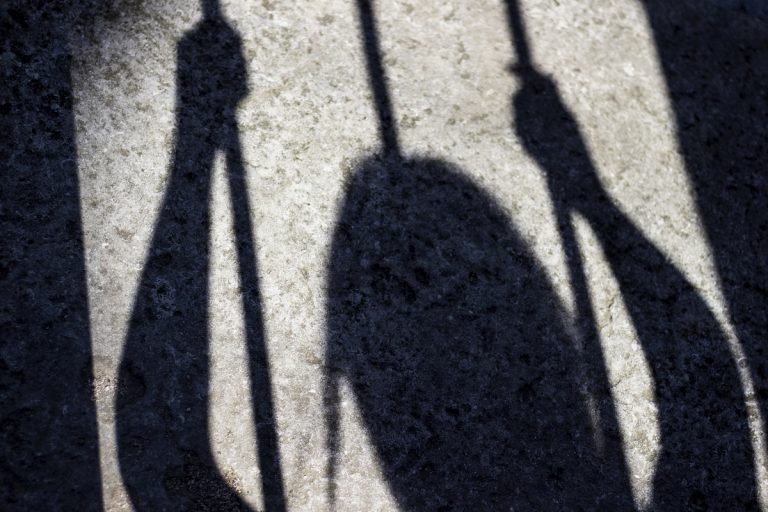 Now that he could see again, he racked his brain, writing articles for money that would help criminals escape punishment. (Image: Serhii Ivashchuk via Dreamstime)

As part of the persecution she has suffered, Li Qun was fired from her position as a military lecturer at the Nanjing PLA University of Science and Technology in the coastal province of Jiangsu just north of Shanghai when she was 30. Her military officer husband, who holds a Ph.D., also worked at the university, where he was a doctoral supervisor. Together, they have a daughter who was then 6 years old.

Li lost her job because she refused to renounce her adherence to Falun Gong, a mind-body practice of meditation, slow exercises, and moral teachings, that she’d done since 1996.

Two days after the persecution of the practice began on July 20, 1999, she was ordered to attend a meeting with university and Communist Party officials.

“At the meeting, we had to study the notice [about the regime’s orders about Falun Gong] and after that meeting, they asked me to stay behind and they asked me to make a statement,” Li told Nspirement from Bangkok where she’s lived as a refugee since 2014 while awaiting resettlement in another country.

The statement the Chinese officials insisted Li make was a renouncement of the practice, something the now 51-year-old said that she would not agree to do, as doing so would go against everything she stood for, much of it based on her faith.

Before July 20, 1999, she said her life was happy; she had a decent career and a harmonious family. She said her practicing Falun Gong for the three prior years was part of that.

“I wanted to be a good person,” Li said in a reply to why she did the practice. “Since learning Falun Gong, I’ve had good health and lots of energy. More importantly, I learned the true meaning of life and became a virtuous person through following the qualities of the universe — truthfulness, compassion, and forbearance,” she said referring to the practice’s three main principles.

Falun Gong — also known as Falun Dafa — began in northern China in the early 1990s. Easy and free to learn, it quickly spread throughout the country and beyond its borders. It involved no membership and was loosely organized at a grassroots level while remaining nonpolitical. By the time communist leader Jiang Zemin ordered the practice to be “eradicated” due to its popularity, there were an estimated 70-100 million Chinese doing the practice.

Given that Li didn’t renounce her belief, the regime upped its pressure on her as it did to others who did not concede to its demands.

“They tried then re-educating me several times a day for about one month,” she said. When Li still did not give up her principles, she was sent to an army brainwashing center for two months in 2000 and then sent to a mental asylum for a similar amount of time where she was injected with unknown drugs, a tactic used against political prisoners in communist states.

Following Li’s release from the mental asylum, she was fired from her military university job and then, despite committing no crime, she was later sent to a forced labor camp for two years, again because of her faith. She was also detained twice in the Nanjing Detention Center and held twice in several brainwashing centers for a total of one year to try to force her to “reform.” The last time she was held was in 2013.

During her imprisonment, Li was tortured using various methods, including being shocked with electric batons and being forcibly deprived of sleep for long periods. When she was out of prison, she was forced to run away from her home on three occasions to avoid further persecution.

Meanwhile, the state’s persecution tore apart Li’s family. Her husband — a non-practitioner who was in the military — was discharged because of his wife’s faith and he was later pressured to divorce her. Their daughter grew up for long periods without her mother. “The persecution has greatly affected her,” Li said about her daughter, who is now in her 20s.

The homes of her elderly parents — both retired university professors — were also raided by the police, who also monitored them. Her younger sister, Li Jun, who became a practitioner in 2009, was also sent to a labor camp in 2012 for just over a year because she posted information material about the persecution in a public space. She was later sent to prison in 2017 for 3.5 years, was given a steep fine, and was dismissed from her job as an English teacher.

As shocking as Li’s traumatic experiences were, they’re not an anomaly, and the viciousness of the persecution has been reported by major media and human rights organizations such as Amnesty International and Human Rights Watch for the past two decades. There have similarly been repeated credible reports of practitioners being targeted for live organ harvesting in China’s organ transplant industry.

Despite such things, Li’s strength of faith shines through during the interview, but a one-line summary about what she experienced revealed how much it had affected her. “It’s a sorrow too deep for tears,” she said.

While Li is grateful for being relatively safe in Thailand, she said she feels stranded. Thailand did not sign the 1951 Refugee Convention that ensures refugee rights and there are few possibilities for refugees to begin their lives anew in the country. Most people who flee China to Thailand apply for refugee status through a United Nations office in Bangkok and, if accepted, they are then, eventually, usually taken to a third country, typically a Western democracy. Li, who was accepted by the UN as a refugee in 2016, has been waiting for such an opportunity. In a new country, she hopes to rebuild her life while not forgetting those she left behind in China.

“If I can do that, then I can also do my best for my parents who are in their 80s, heal the wounds of my daughter and my ex-husband,” she said. “I want to somehow make things right for them after what happened over the past 20 years.”

Watch this award-winning short film on the persecution of Falun Gong made by Swoop Films below: