10 Amazing Places You Should Visit in China’s Yunnan Province 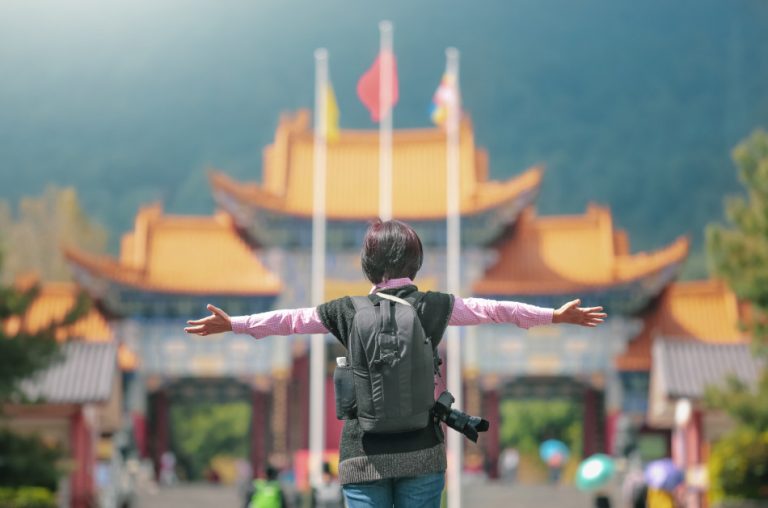 Yunnan Province is a mystical place in southwest China with dozens of scenic areas for travelers to explore. (Image: Toa555 via Dreamstime)

Yunnan is a mystical province situated on the southwest plateau of China, and it is home to 25 different ethnic groups.

Apart from Shangri-La, Lijiang, and Dali, there are many other splendid landscapes to visit in Yunnan that have not yet been commercially exploited.

Make your list of must-see places in Yunnan, and prepare to feast your eyes!

Bamei is a quiet village away from the hustle and bustle. It is surrounded by green hills, and the only entrance to the village is via a narrow cave with a river that flows through it. Villagers have to take a boat to go through the cave.

After coming out of the dim light of the cave, you will feel as if you have entered another world, far from the stress of modern life.

Puzhehei has unique karst geology with 312 small hills, 83 caves, and 54 lakes that are linked together.

In the summer, tourists can enjoy a magnificent view of thousands of acres of lotus flowers in the lakes.

The soil of Dongchuan is rich in minerals, particularly copper, giving the land its striking red color.

In May and June, the bright red dirt, along with the golden crop fields, form the most gorgeous landscape against stunning blue skies.

The Stone Town is located in a valley where the Jinsha River runs through. Here, an ancient ethnic group known as the Nakhi people built their homes on top of mushroom-shaped rocky hills.

The houses are scattered across the hills, following the shape of the slope. The town itself is a giant carved artwork with natural beauty.

Shaxi Town has over 2,400 years of history. It is the only historic market town left on the ancient Tea Horse Road.

It has retained most of its original architectural features. Temples, opera stages, shops, red stone streets, and centuries-old trees… everything has managed to keep its original look just as if time hasn’t flown by.

Along the Red River in Yuanyang County are the renowned rice terraces dug by the Hani people, starting around 1,300 years ago.

This tiered landscape covers over 39,000 acres, and it is a World Heritage Site located in the Ailao mountains at around 5,900 feet above sea level.

The Yuanyang rice fields are regarded as the core region of the Hani terraces because the area is so mountainous, with around 3,000 steps carved into slopes ranging from 15 degrees to 75 degrees.

While most of the country is still covered by snow, the canola flowers have already been in full bloom in the county of Luoping in eastern Yunnan. The golden color stretches across thousands of acres of farmland.

Luoping is called the largest natural garden of flowers. Tourists feel lost in the endless sea of golden flowers. The ideal time to see the visual spectacle is in March, when the Canola Festival is celebrated in Luoping.

Fuxian Lake is one of the most mysterious lakes in China. In 2000, a large-scale historic city was discovered underwater there, but its origins remain unclear. Also, the lake is an aviation restricted area like the Bermuda triangle. Two planes have crashed into the lake after losing control as they flew over it.

The island in the lake is said to be the palace of fishes. In the summer, tourists can sometimes see thousands of fish around the island moving in the same direction like soldiers marching in a parade.

Yunnan’s Tengchong County is located where the Indian and Eurasian tectonic plates meet, and where intense volcanic activity occurred in the past. The collision of two continental plates has made Tengchong a volcanic geothermal area.

The Volcano National Geological Park of Tengchong has 97 volcanic edifices. Tengchong Hot Sea is densely covered with hot springs, and tourists can take their pick of different springs to relax in.

Nuodeng Village is located in a valley in Dali. The natural landscape of Nuodeng forms a splendid view similar to the Taoist “Tai Chi.”

Time seems to have frozen here, as many of the buildings are from the Ming or Qing dynasties. The villagers still keep their simple way of life, and they show great hospitality to visitors.