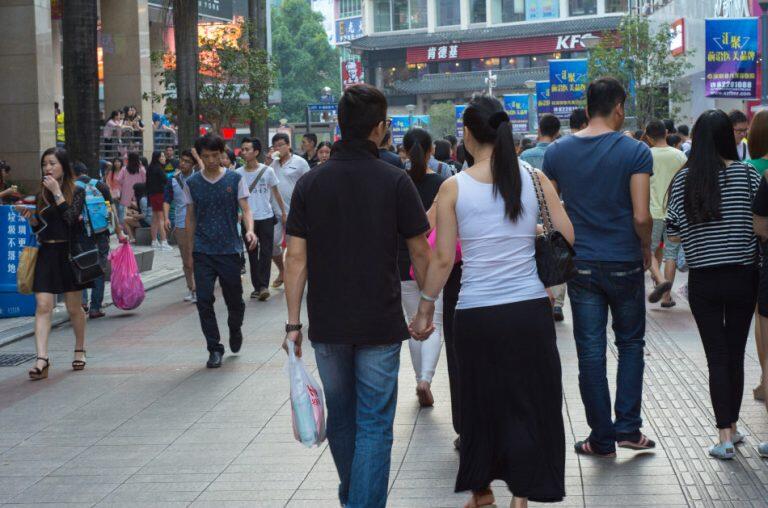 To have more money is the core desire for many contemporary Chinese people. (Image: via Dreamstime.com © Zz3701)

To have more money is the core desire for many contemporary Chinese people. As the old saying goes: “Human beings die in pursuit of wealth, while birds die in pursuit of food.” Many people would agree this is a vivid portrayal of today’s Chinese people, with China being full of those who are after money, hedonistic, and who routinely abuse their power to get what they want.

Let us view the nine desires of modern Chinese

How is the greedy pursuit of riches a Chinese matter? A poll conducted by Reuters/Ipsos a few years ago showed that 69 percent of the Chinese respondents agreed with the statement: “Money is the best symbol for personal success,” placing them at the top of more than 20 countries investigated. Today this rate should be even higher.

In general, the Chinese have a house-purchasing complex, which has become a craving in daily life. They will “greedily” purchase studios and bigger houses and hoard more houses as long as they have money, causing the house prices in China to increase wildly which is hard to curb.

If we assess the Chinese real estate market with the Price to Income Ratio (PIR), the market has been left in a distorted development state.

Desperately hoping to avoid walking, people instead want to be able to buy cars. The thing that makes modern Chinese feel the proudest is driving luxury cars. On the other hand, most Chinese feel that it is shameful not to have a car and more shameful to drive a cheap car.

When purchasing cars, some people have concluded that if within budget, Chinese consumers have preferences for expensive over affordable, big-sized over small-sized, and three-box over two-box. This desire is enough to make the automobile industry full of confidence in the future.

It is undisputed that the Chinese like to be the boss. They admire the entrepreneurs on Forbes‘ annual list as idols. But, if you ask university graduates, you will find that most of their dreams are to own a company for themselves.

Generally, the Chinese love gambling, hoping to make a great fortune overnight, such as by winning big lottery prizes so they can change their social status.

Chinese dislike officials, but almost all of them want to be an official.

Currently, graduates choosing to take the civil service examinations and hoping to be civil servants are more driven by economic benefits. In contrast to the difficulty of starting a business, the career of public servants is stable and easy, the salary is relatively high and is coupled with various benefits, and allowances, and can even be an avenue to improper hidden income, so that college students are eager for a career as a government official.

7. Have good luck in love

Chinese look forward to having good luck in love, but it is conditional.

The Chinese Marital and Love Conditions Report, released on the website of baihe.com a few years ago, showed that more than 90 percent of females require that: “A man has a stable income” as a prerequisite for marriage and nearly 70 percent responded that: “A man must have a house before marriage.”

As for men, they are inclined to choose good-looking and young women.

Ten years ago, the public’s response to the Window of the World theme park in Shenzhen, which has 130 small-scale replicas of the world’s most famous tourist attractions, revealed that Chinese people have a desire to travel the world. Nowadays, even more, Chinese people love grabbing their passports, touring the world’s famous attractions, and raising their digital cameras to take pictures as souvenirs.

During various golden weeks and holidays, you can always see Chinese tourists wherever you go. After returning home, they enjoy posting photos online and sharing their experiences.

“Have you emigrated?” Unfortunately, we don’t know when the emigration topic became popular at the dinner table in China.

In recent decades, the rapidly developing economy in China has brought up the wealthy class. However, the totalitarian system, the insecure feelings within society, the repression of human rights, the collectively fanatical chase of sex, money, and power, and the education system’s failure have made emigration become the best way to escape China.

For nearly all the middle-class in first-tier cities, they feel that at least one of their friends has finished or is undergoing the emigration process.

Some poor Chinese people said: “I would also emigrate to other countries when I have money.”

Translated by Joseph Wu and Edited by Helen