Floods in Germany Cause Financial Worries for Home Owners 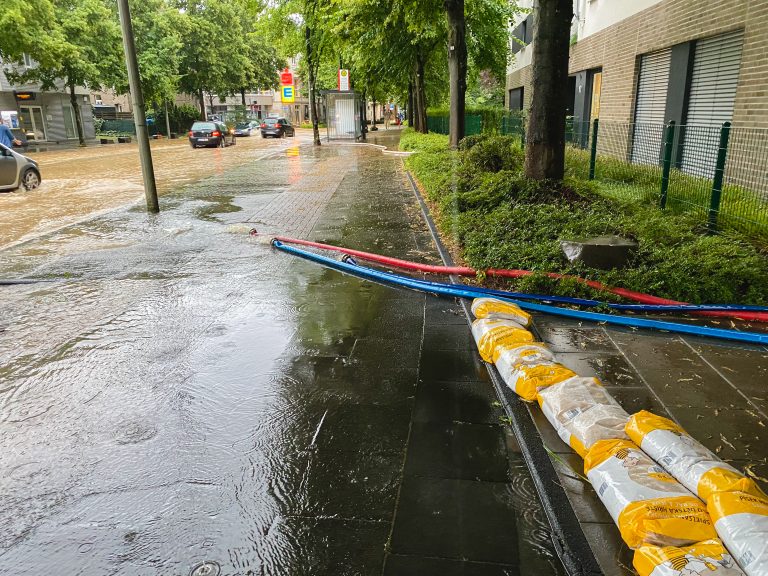 The flooding in Germany has put many people in fear of falling into debt due to lack of insurance coverage. (Image: Hermann Rohr)

The recent flash floods in Germany caused a massive disaster in many areas of the country. Many people stood by as their livelihoods washed away and hundreds more fell victim to the unwelcome floods.

How I experienced the floods in Germany

It was only when I made my way home and had to drive through more than a foot of water that I realized how bad things were.

“Our whole garage is flooded,” my wife said in an anxious voice. “The ambulance was here and two people have been rescued. They couldn’t make it out of the garage.”

It took me a moment to realize what she had said. I was aware of the massive rainfalls, but looking out of my office window, I had no idea what had taken place. The entire basement garage of our building was flooded. Every car down there was totaled. I felt fortunate, but also sad about the losses by so many people.

As I made my way through the almost knee-high water to my apartment, I watched people emptying one bucket after another, running back into their homes, and then back out to empty another load.

In Germany, most homes have a basement or cellar under the house where people store things like furniture and other stuff they don’t need in their home. Even though they may not be in use, most of these items are still of value.

But now, everything in these basements was gone.

A day after the floods, as things began to clear up, the sidewalk turned into a pile of damaged furniture and ruined electronics.

It was quite an unpleasant sight: Many of the homes flooded would need a total re-haul. For homes with elderly people living in them, most had probably just paid off the decades-long mortgages.

Who is insured against flood damage?

When everyone was sure that the danger had passed, the biggest question on everyone’s mind was: “Am I insured against this?”

As it turns out, the majority of people are not insured against the damage caused by water coming in from outside. This is regarded as a “natural hazard” and needs to be insured separately.

In my own case — and I imagine many others who are not insured had similar thinking — I thought that there was no way I needed to insure myself against a flood or natural disaster.

I don’t live by a river. The only water flowing through my little town is a thin, ankle-high stream called “The Dün.” But on this day, July 16, this little stream turned into a raging river and became the main reason for the flooding in our area.

Other areas of Germany that were struck by the floods had a similar problem. The rainfall brought down so much water that the otherwise small streams or rivers became swollen and flooded the surrounding towns.

Death toll from the floods in Germany

So far, according to German media reports, some 143 people have died in the floods, while dozens more are still unaccounted for.

Germany wasn’t the only region in Europe that was heavily struck by the recent flooding. “At least 20 people have died in Belgium. The Netherlands, Luxembourg and Switzerland are also affected,” according to a BBC report.

The true extent of the flooding is yet to be seen. Many worry that this is just the beginning of what may turn out to be an annually repeating scenario, while many homeowners are worried that they may be left sitting on the costs resulting from the flooding and the severe damage to their homes.