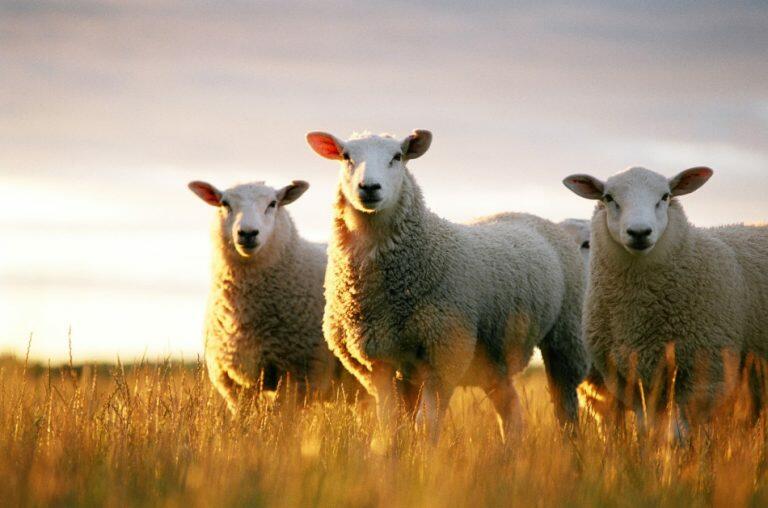 A farmer in Idaho was able to return a lost dog found herding sheep on his farm to worried owners. (Image: via Dreamstime.com © Jomann)

A farmer in Idaho was able to return a lost dog found herding sheep on his farm to worried owners who had gotten separated from him during a car accident. The 2-year-old dog, part red heeler and part border collie, had been traveling with his owners from Idaho to Washington state in their SUV.

Mike and Linda Oswald were on a road trip and they were not far from Hayden, Idaho. They got into a car accident as a vehicle rammed into their GMC Yukon all of a sudden. The incident led to their SUV getting damaged. However, the bigger shock was losing their dog, Tilly. The collision resulted in the dog getting thrown out of the car.

No one was hurt very badly, but the dog was certainly shocked. Linda saw Tilly take off running fast across the Rathdrum Prairie. Naturally, the Oswalds were upset and thought they had lost Tilly forever. Linda said: “I tore off after him, but he soon disappeared and we couldn’t find him. We spent the next 10 hours looking for him and I was worried I’d never see him again. I was so upset — Tilly’s my baby.” (The Washington Post)

Mike and Linda did not waste time after the incident and they posted “lost dog” notices in the Rathdrum region. They also posted the incident on their Facebook pages. Even the Idaho State Police were informed. They put in a lot of effort to locate the dog, but after two days of searching, there were still no results.

However, as luck would have it, the Oswald family did not have to grieve for long! Tilly was spotted at a farm in Rathdrum by three brothers. They spotted a bobtailed, reddish-brown dog herding their sheep. Travis Potter, one of the three brothers, was aware of the car crash and also read the missing dog notices. He initially mistook Tilly for their Australian shepherd named Hooey, but soon figured out it was a new dog on the scene. Then, he recalled seeing the posts on Facebook and realized it was that missing canine. The Potter brothers did not lose time after finding out the truth.

Travis left a comment on the Facebook page of North Idaho News: “Tilly is on our property right now! The sheep farm off Meyer and Emmanuel.” He added soon after: “Kootenai [County] Sheriff just picked him up! They saw him as my brother was trying to catch him and the sheriff knew it was Tilly. He’s going to call you guys!” The fact that Tilly had a name tag on his collar helped in identification. The sheriff took the lost dog found herding sheep from the Potter siblings and drove him back to his owners.

The Oswald family was naturally delighted and relieved when they received the update about their beloved missing companion. Tilly was a little unnerved at the development, but he soon calmed down and returned to his former self, said the family. Mike Oswald said: “Tilly is an exceptional dog — he is really smart. He showed us that he knew where to go when times got tough. I was very upset about losing him and I was very happy to get him home,” (The Washington Post). The Oswalds also expressed their gratitude to those who helped in locating their favorite pet.

Linda said Tilly has an inborn herding instinct. Even when the dog was a few months old, he always tried to get people and other animals together. Border collies were actually bred for herding animals and Tilly has got that trait in his genetics. While some people may get alarmed at his attempt to nip at their heels, Tilly means no harm, said Linda. In her opinion, Tilly is quite smart and always obeys commands. He is intelligent enough to fetch Linda her bathroom slippers if asked.