‘Voices’: A Song to Lift the Persecuted 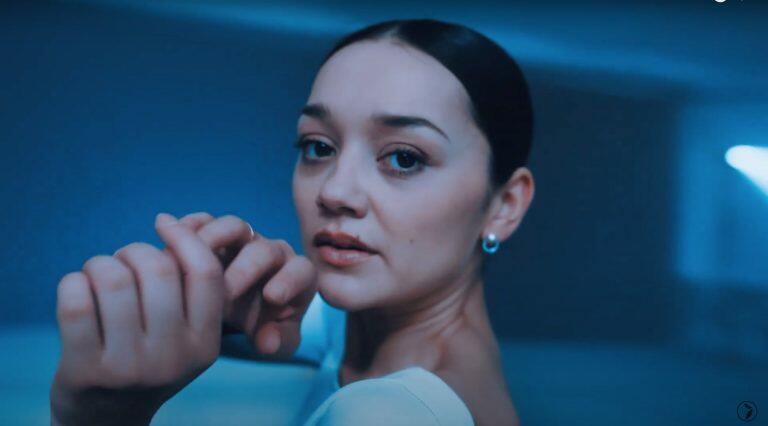 'I dedicated this song to everyone who suffered during these persecutions and who have no opportunity to tell the world about it.' Igor Jankovski. (Image: Screenshot via YouTube)

Voices, a shimmering song with crystal clear sounds and a poignant message, was released today, a day that marks the 22nd year the persecution of Falun Gong in China began.

On July 20th, 1999, the Chinese Communist Party launched a crackdown against the spiritual practice of Falun Gong. It is the largest persecution in modern history targeting millions of Falun Gong practitioners. They are imprisoned without trial, tortured, forced into slave labor, and targeted for forced organ trafficking. The number of practitioners killed is unknown, but it grows every day.

Falun Dafa is an ancient practice of exercises and meditation, based on the timeless principles of Truthfulness, Compassion, and Forbearance. It is a traditional spiritual practice with its roots in ancient Chinese culture.

Igor Jankovski (also known as Iggy Jai) is an Estonian music producer, writer, mixing engineer, and former drummer for Ebony Bones. Voices was written by him and VIC MAY. It was recorded, produced, and mixed by JANKOVSKY, Mastering by Francisco Cueto, Guitar played by Alexandr Ivanov, and Video editing by Mihut Savu and JANKOVSKY.

I know this life can be misleading,

When we don’t call for the truth.

How long they’re waiting for the light to come through?

Faith is not a crime.

When love is so tangible.

And maybe we may never be the same,

But I will never let you down.

No matter what it takes to heal the pain,

I will always be around.

The light will shine on you also,

Through words that wish to save your soul.

Their chains will fall apart,

Hearts of gold will break the silent plot

Anyone can hear it.

Jankovski kindly answered some questions for us below:

How would you describe your music?

I think the most appropriate description would be electronic pop or electro-pop, because it is mainly based on synth sounds and various samples that I create myself or use third-party libraries. However, in some songs, the acoustic guitar or bowstrings play a major role. I also lean a little towards 80s synth-pop.

What inspired you to make this song?

The song Voices was inspired by the story of a woman imprisoned for practicing Falun Gong in China. As it turned out, there are thousands of such prisoners of conscience condemned to serving their sentences for following the upright, traditional path of practitioners. In her story, she told how, even after painful and prolonged torture, her belief in Falun Gong remained strong, because it teaches to be a sincere, kind, and patient person, so she managed to endure torture and humiliation for 7 years while her little daughter grew up without a mother.

I was inspired by her steadfastness and pursuit of Truthfulness-Compassion-Forbearance. I dedicated this song to everyone who suffered during these persecutions and who have no opportunity to tell the world about it. The song talks about the importance of spreading the truth and that evil cannot touch your heart if your faith is strong and you act diligently. Voices are the voices of those we cannot hear.

You can find out more about persecutions on www.faluninfo.net

Can you describe the creative process?

It usually starts with a basic piano melody, which gradually takes shape and turns into a complete structure and arrangement. I like to use my analog synthesizer for layering various pads and atmospheric textures. I also use industry-standard plugins and various synth emulations for bass and drum sounds. I have a violin bow that I use to play bass or electric guitar through my little Orange amp and record cool sounds through the microphone. Sometimes, I record the sound of my room with different microphone configurations to get unusual spatial reverb and use that instead of artificial reverb. There is a lot of experimentation here, I never follow any specific patterns because each song is unique and requires full dedication and attention to detail. It’s a process and the results are always unpredictable, which makes it more fun.

What first got you into music?

My uncle, actually, who gave me a collection of vinyl records, mostly from the 80s and 90s, rock and pop legends. Later, I decided that I wanted to become a drummer, and that was the beginning of my career. I went to music school, then university, then I joined my first band, then a world tour with a renowned afro-beat artist, and finally I graduated from Abbey Road Institute in London. My mother and father played instruments and had an innate ear for music, but they ended up doing something else, so I think I took responsibility and made their dreams come true for them.

Best advice you’ve been given?

Learn to listen. French composer Claude Debussy said: “Music is the space between notes.” Much happens in music that we don’t hear, but we all feel it, this feeling of joy that we all cling to. A sense of musical depth develops through countless hours of listening and analyzing content. Some people may have it naturally, others have to learn, but overall passion is what drives us to do this or that, and if you enjoy what you do, you should try to impress yourself first.

Top 5 song recommendations to listen to?

It would be great to collaborate with Max Cooper or Tourist; I’d like to learn a few tricks from them. Anyone with great ideas and cool techniques will be fine at this stage in my career. The most important thing for me is to learn more about music production and come up with unusual sounds and textures.

If you hadn’t become a musician, what would you be doing right now?
I think I would be either a teacher or a monk. Part of me loves to teach and impart knowledge. I love to study. Maybe psychology or philosophy. I would devote myself entirely to these things. Another part of me seeks the deeper meaning of life and eternal serenity.

If you could change anything in the music industry, what would it be?

I would make the music less aggressive, explicit. Recent studies have shown that music and the messages it contains affect our way of thinking, our consciousness, if you like, so they can have a certain impact on our behavior and society as a whole. There is a lot of violence and derogatory content in modern music that teaches the wrong things and has a significant impact on children. I would promote more peaceful and calm things, traditional and classical music, folk music, something that has value and can teach us to be kind and patient.

What’s next for you?

I will continue to make music and collaborate with various projects. It’s been 20 years since I first started playing a musical instrument, so I think it’s my destiny to make music. I don’t want to rush things or run after some goals, instead, I let things develop naturally, so whatever comes my way, I’ll take it as my next step.