Is Common Sense the Key to Destroying the Third Wave of COVID? 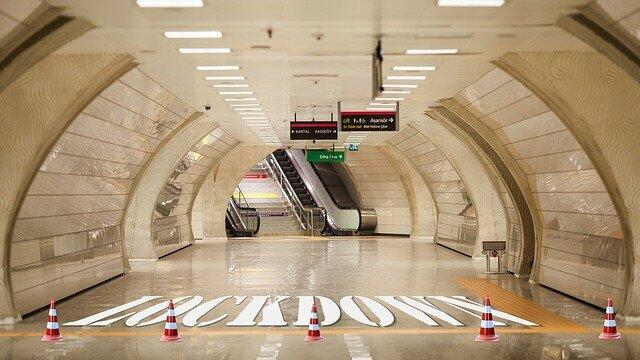 On March 23, 2020, UK Prime Minister Boris Johnson announced a lockdown for six weeks “to flatten the curve.” We all saw it coming. But a year prior, would we have believed something so off the charts would be occurring today? Absolutely not! Flattening the curve is a long-lost memory — all of a sudden, we could be looking at the third wave of COVID. Common sense was thrown out the window from day one. Is it too late to bring it back?

However, we had not long witnessed other European countries closing their borders and imposing nationwide lockdowns due to the threat of COVID-19; therefore, we Brits knew it was only a matter of time before we too followed suit.

At the time of writing this article, over 128,000 people have succumbed to COVID-19 in the UK. Globally, we have lost over 4 million lives to this savage virus.

I, too, lost a relative to COVID-19 earlier this year. The untimely death devastated us as a family, more so due to care home lockdown measures that meant we hadn’t seen one another in over a year. Countless other families worldwide suffered the same fate.

With the so-called “Freedom Day” for the UK on the horizon (July 19 when current lockdown restrictions will almost fully be relaxed), I fear that we are plowing forward full steam ahead prematurely.

Festivals are still being pushed back, although social bubbles are being allowed to mix again. Despite government promises of “no more quarantine for the double vaxxers,” flights are still being canceled or delayed. Although most restaurants, cinemas, and bars are adhering to government guidelines of no large groups and not allowing venues of full capacity, we, as the people of the nation, are getting far too ahead of ourselves.

Bearing witness to far too many mask-less commuters on what is now “back to normal” transport for London services, am I wrong for not wanting to give up the seats next to me to help prevent the third wave of COVID?

Walking down the street among the (in my opinion, not missed during lockdown) rat race in London, am I going overboard for still keeping my distance?

The whole COVID-19 pandemic has filled our minds with endless questions and not enough answers, so one chooses to make one’s own judgments. However, I fear we are ill-advised (again).

In the summer of July 2020, the UK government announced the “eat out to help out” scheme. As an incentive to get customers outdoors and out of their homes and to provide a quick economic boost, restaurants were offering customers 50 percent off their meals.

Despite cases still rising and the threat of a second wave imminent, we all flocked outdoors to claim our bargains. Oh, and of course to socialize! However, when the second wave hit us far worse than the first, and we all “lost” Christmas and New Year 2020 due to it, fingers were quickly pointed back at those behind the scheme of eating out to help out. Am I the only one remembering that nobody actually forced us to participate?

In spite of the third wave of COVID being predicted, sporting events resume in their droves

The eagerly anticipated sporting events resumed this summer after a year of cancellations. In their droves, royals, celebrities, and fans flocked to Wimbledon for the tennis, while multiple European nations have hosted games for the Euros 2020 (2021).

But as heartwarming as it has been to witness celebrations of glee from England football fans having reached their first men’s football final in 55 years, I also can’t help but wonder what a potential third wave of COVID-19 could bring. Through nationwide chants of “It’s Coming Home,” it appears to be forgotten that the virus is still very much near all our homes.

On June 28, 2021, Wired published the article ‘The third wave of COVID is here, and it’s weird.’ They revealed that on June 24, 2021, the UK’s number of daily infections reached 16,000, the highest rate since February 2021 when we were all still locked down. It is said that at the current rate, hospital admissions are remaining low. I ask, however, if, on June 22, 2021, Wired recorded 182 new hospital admissions, are we still declining in cases as much as we’ve been told? Or is it just an evening out? Just as last summer before COVID came back in full swing.

Matt Morgan, a consultant in intensive care medicine at the University Hospital of Wales, quoted the following:

“Waves one and two were a case of we are all in this together to some extent. It’s not like that now. It’s really hard for people to get the narrative that the vaccination campaign has gone so well, yet there is still an ongoing risk.”

The NHS is continuing to vaccinate the nation, and they have done remarkably well to date. However, there is always going to be a proportion of people not protected from the virus.

On June 1, 2021, Channel 4 aired the documentary, The Anti-Vax Conspiracy. It received a mixed response across the UK, but we can’t ignore that a vast number of the population are refusing social distancing measures as well as a vaccine. What does this mean for the third wave of COVID?

For those vaccinated, should we still be concerned about continuous threats of newfound variants? For the anti-vaxxers, is the refusal of a vaccine going to delay the fight against the third wave of COVID? The answer is, well, none of us knows. In my opinion, the virus itself has been treated with far too much ignorance, especially throughout England.

As Boris Johnson advised back in early 2020, I hope that the British people use their “common sense” and make the correct calls. Otherwise, we will soon find ourselves back to following dreaded lockdown rules and pointing fingers at everyone but ourselves during the forthcoming third wave of COVID.