Saving Others Is Saving Yourself (Part 1) 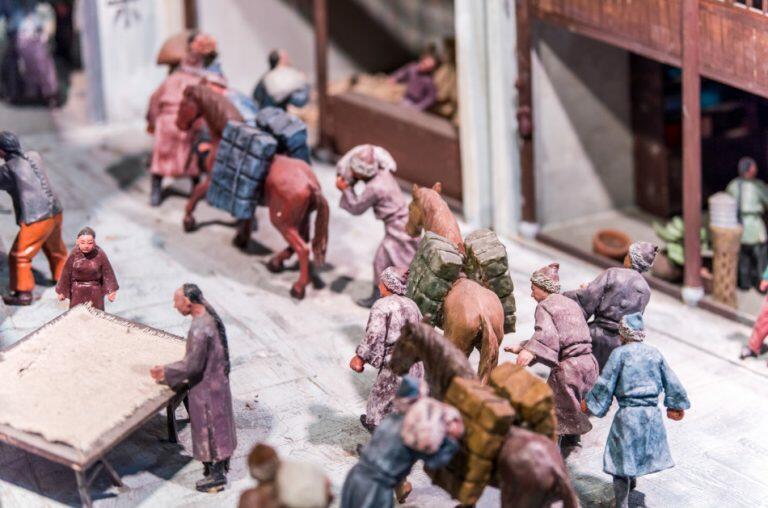 A rich merchant during the Ming Dynasty did not hesitate in saving others and his good deeds were repaid in kind. (Image: via Dreamstime.com © Zz3701)

Though the world may not have insight into the outcomes, good and evil form a cycle of cause and effect as mandated by Heaven, and your deeds will be repaid in kind. Thus, saving others is actually saving yourself.

During the Wanli period of the Ming Dynasty, there was a rich merchant who was doing business in the area of Jiujiang. One day, when he was crossing the Yangtze River on a boat, he saw several people falling into the river.

It turned out that the boat they were on had been hijacked by bandits and they were not only robbed of their belongings, but were also pushed into the river.

When the rich merchant saw people calling for help in the river, he immediately sent his crew over and rescued them one by one. The seven rescued men were all candidates for the imperial examinations in the capital. They were all going to the capital to attend their exams.

The wealthy merchant gave them clean clothes, food, and money for their journey across the Yangtze. The rich merchant did not ask them their names or where they were from, nor did he tell them his name.

The following year, six of the seven were successful in the imperial examinations, one of whom was Fang Wanze from Putian, Fujian. Eight years later, Fang Wanze was appointed by the court as the imperial historian and went on an inspection tour of Jiaxing and Huzhou.

As a welcoming gesture, Tu Chongyang, who was then the governor of Jiaxing, hosted a banquet for Fang Wanze at his residence. At that time, a wealthy merchant had lost all his money in business and had sold himself to the governor’s family as a servant, so he also served the guests at the banquet.

Saving others is rewarded by Heaven

When Fang Wanze saw the servant at the banquet, he thought the man looked very familiar and asked him where he came from. Fang Wanze confirmed that he was the man who had saved his life.

Fang Waze left his seat and knelt down long enough to say: “I am one of the seven people who you saved.”

After saying this, Fang Wanze turned to the Governor of Tu and said: “I would like to pay for my benefactor’s freedom — would you agree?” “Of course,” the Governor replied.

He quickly helped the rich merchant buy back the deed of sale, restored his freedom, invited him to stay at his government office for a month, and gave him thousands of taels of silver. He also told several other people who had been rescued that he had found their benefactor, and by now they had all become officials. When they heard the news, they also gave the merchant money. The merchant used the money as capital to start his business again, which went smoothly, and he soon became a wealthy merchant once more. Saving others was thus rewarded.