Honda Unveils a GPS-Enabled Shoe to Aid the Visually Impaired 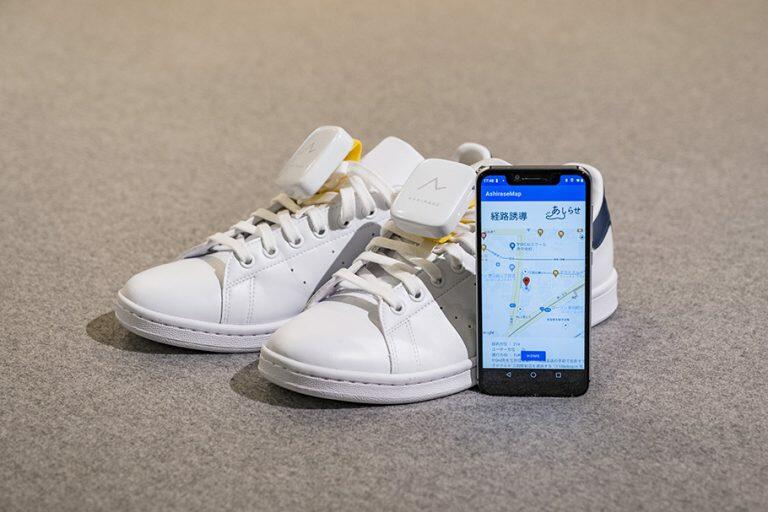 Honda, the Japanese carmaker, is known for making sleek and technologically advanced vehicles that sell in large numbers in various countries. Many of its vehicles have GPS navigation systems. However, in a groundbreaking development, a subsidiary of Honda has developed a GPS-enabled shoe for aiding those who are visually impaired.

Honda, under its new business venture program, IGNITION, is backing a startup developing an in-shoe navigation system to make walking easier for people who are visually impaired, those who are blind and partially sighted.

An all-new approach to using GPS

There are plenty of GPS-enabled devices in the market. Modern generation smartphones have GPS systems built in and the same can be said about most cars sold on the market nowadays. However, one limitation of such a GPS system is that the manufacturers assume users can see well. This unique shoe-based GPS device is targeted at users who are visually impaired and have vision handicaps, so the approach used is different. It is a completely hands-free setup.

The Ashiraise navigation system is made up of a smartphone app and a three-dimensional vibration device, a Honda media release details.

Using the app, you set your destination before heading off on your pedestrian journey via voice or screen input. Once you’ve started walking,  sensors allow the system to determine your current position, and the unit gives you directions along the way via vibrations in your shoes.

Visually impaired people constantly check their safety and route to the destination when they walk alone. However, as they are required to use all remaining senses to acquire information to compensate for their limited sight, it is somewhat inevitable that they will be unable to pay thorough attention and face functional issues such as “getting lost” or “falling into unsafe situations.”

Honda says the intuitive navigation will help the target users feel relaxed while walking. The device will receive a signal from GNSS. Those who use a walking stick should be able to use the shoe as well.

Ashiraise Inc. Founder and Director Wataru Chino was driven to develop the navigation system after seeing a close relative struggle with life after visual impairment, reveals the media release: “An accident suffered by one of my family members motivated me to take action to realize safer and more free mobility for visually impaired people,” he shares.

A GPS-enabled shoe that you won’t find in your local shoe store!

The shoe does look a little unusual, owing to the extensive motion sensors. Outwardly, the system looks like a pair of gadgets you clip to the tongues of your shoes. These are the external motion sensors. The rest of the user-friendly device fits around each foot inside a shoe and looks like silicone sandal straps. These provide navigation through vibration on the instep, sides, and heels of the user’s feet.

As Japan Today explains, the straps of the device are outfitted with several compact oscillators that vibrate to signal direction: “When the section on the side of your left foot vibrates, for example, that means “turn left,” and rumbling along the outside edge of your right foot is “turn right.” About to go too far and miss your turning point? Vibrations all over both feet are the “stop” signal, and once you’ve got yourself facing the right direction, a tingling over both sets of toes lets you know to move forward.”

The in-shoe navigation system is expected to be made available by March 2023. Mr. Chino goes on to say that in the lead-up to its launch, his team “plans to devote ourselves wholeheartedly to realize the freedom of mobility for visually impaired people.”