How the Creators of Curious George Escaped the Nazis 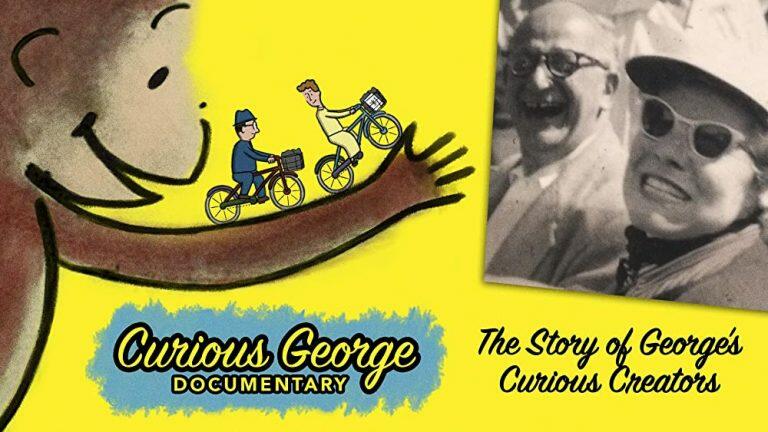 Hans and Margret Rey, the creators of Curious George, had their own real-life adventure in 1940. (Image: via Monkey Business LLC)

Some fictional characters become so popular and lovable that over time, their fame eclipses that of their creators! Take the case of the creators of Curious George, for example. The fun-loving primate character is a favorite with the kids. He made his entry into the world of fiction back in the 1940s when the world was reeling under the Armageddon known as World War II. So many TV shows, video games, and blockbuster movies have been made centering around this fictional primate and millions of kids have enjoyed them. Now, a documentary named Monkey Business has been made that centers on the remarkable lives of the creators of Curious George.

The documentary Monkey Business has been narrated by Sam Waterston and its director is Ema Ryan Yamazaki. It is made using interviews, animation, and photographs. It deals with how the creators of Curious George escaped the Nazis.

Hans and Margret Rey went to Paris for a 4-week honeymoon, but their stay eventually turned out to last 4 years! However, they could anticipate trouble as the Nazi forces approached the French capital. Their German background and Jewish faith made things more dangerous for the couple. In June 1940, Nazi troops came closer and they figured out that fleeing the city was their only hope. They had no vehicle of their own nor were trains available. Hans somehow managed to assemble two bicycles and the couple used them to flee Paris. Margret packed their unpublished manuscript Fifi: The Adventures of a Monkey. Later, it was published as Curious George and the rest, as they say, is history.

The escape, however, was by no means smooth! They were joined by at least 5 million refugees trying to flee before the Nazi forces marched in. They slept on the floors of restaurants and also in barns for some days. They were finally able to reach a train station after biking frantically for 75 miles. The money they received from a French publisher came in handy. When a checkpoint officer developed doubts about them because of their thick German accents, the manuscript turned out to be what saved them. The Reys managed to reach Lisbon, Portugal, and then moved to Brazil.

The creators of Curious George end up escaping to New York

The Reys made a daring escape that ended in New York in 1941 and there they became U.S. citizens in 1945. Their refugee life eventually came to an end and they focused on what they did best, writing the tales that kids would love. They came to New York first and later moved base to Cambridge, Massachusetts.

Since his debut in 1941, Curious George has been an inseparable companion for millions of kids around the world and the books have sold in record numbers. In fact, over 75 million copies have been sold, in as many as 19 languages, globally. Hans and Margret had very different temperaments, but their collaboration proved to be fruitful in the realm of fiction. Hans illustrated the book and she composed the tales. She also handled the business activities. They created 30 books and 7 of these were based on the fictional monkey.

Margret said Curious George is a monkey whose curiosity creates troubles, but his ingenuity comes in handy for resolving those same difficulties. This was in a way true of the couple themselves! They also came across many difficult situations in life, but still managed to find solutions in unexpected ways. Their own resilient spirits and ingenuity helped them survive the odds and flourish amidst adversity.