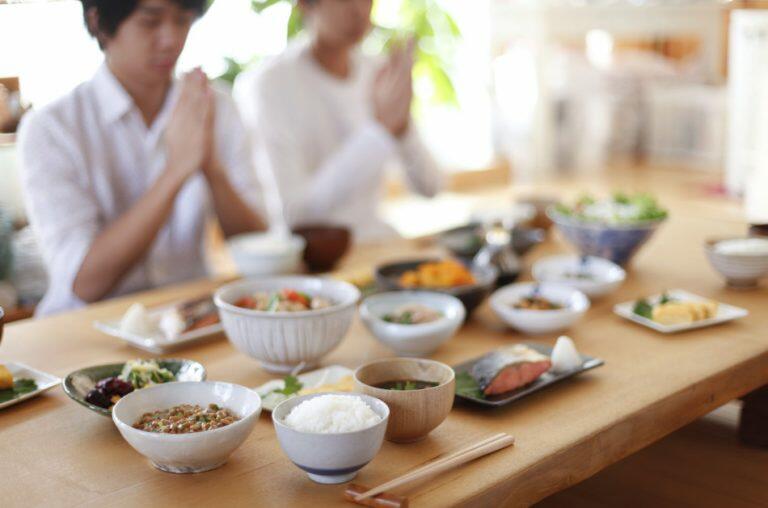 If you've heard the Japanese phrase 'itadakimasu,' you may only know it as 'Let's eat' and be unaware of its more profound meaning. (Image: Kazoka via Dreamstime)

One ritual that everyone observes at Japanese mealtime before partaking of the food, regardless of gender or occasion, is to utter “itadakimasu” and clasp the hands together in front of the chest. The Japanese are renowned for being attentive and considerate in their hospitality, making them consummate hosts. Guests in Japan also have a set of rules and etiquette to follow. It is a must before every meal eaten in Japan. To the casual observer, this gesture signifies: “I am about to eat.” However, there is a more profound meaning behind this everyday custom.

The phrase “itadakimasu” is usually translated as “bon appétit” or “Let’s eat.” If you studied Japanese as a language, it’s likely you would only understand the basic meaning of the phrase, or someone may tell you that it’s a modest and polite thing to say to your host.

The deeper meaning of ‘itadakimasu’

The phrase includes the Japanese character that means “top of the head.” The original meaning of the phrase is to hold something high above your head or to kneel down with a bowed head and outstretched arms. The character was used in ancient times to express gratitude and respect to the gods and to nature for providing food to eat.

Eventually, it was transformed into a dining ritual to give thanks to the farmers for their hard work in cultivating the land and growing the food. When uttering the phrase, it is proper to fold one’s hands and place them in front of the chest to show one’s gratitude to the gods, the food, and the people who worked to provide it.

The core of this custom, both in restaurants and in private homes, is about knowing how to give thanks to nature, to the food, and to those who prepared it. If the food has been prepared by one’s parents, the ritual serves as a reminder of the importance of being thankful for family.

In Japanese folklore, there is a saying that there are seven gods on every grain of rice. Parents tell their children to cherish their food and that if they don’t appreciate the gift of food, they are rejecting the gods’ favor.

From the time Japanese children start school, their teachers tell them that all food comes first from nature, and that without sunlight, earth, and water, we could not enjoy our favorite seasonal delicacies. Man alone cannot create the things we all love to eat. So expressing gratitude for all of the elements that brought the food to their plates is something that everyone in Japan does before every meal — they will say “itadakimasu” even before they start to move their chopsticks!