Saving Others Is Saving Oneself (Part 2) 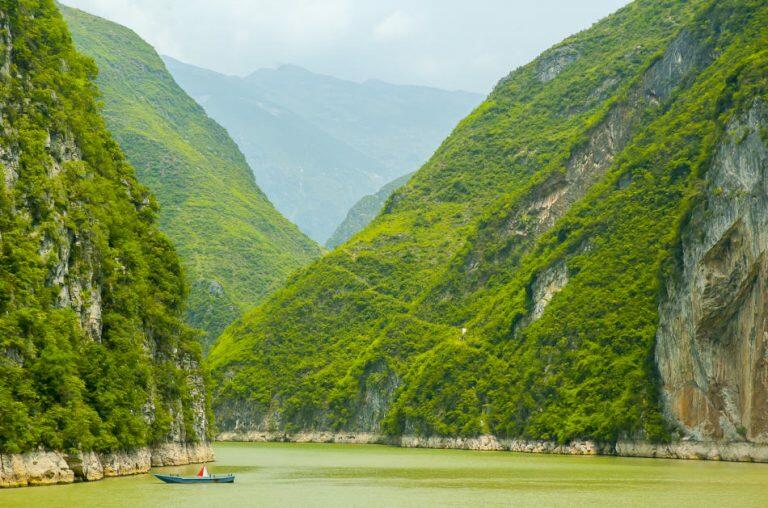 Wang Yingming was part of a regiment guarding the Yangtze River and his good deeds were repaid in kind. (Image: Jakub Wojtowicz via Dreamstime)

Though the world may not have insight into the outcomes, good and evil form a cycle of cause and effect as mandated by heaven, and one’s deeds will be repaid in like-kind. Thus, saving others is actually saving oneself.

During the Guangxu period of the Qing Dynasty, Wang Yingming, a native of Xuning, Anhui Province, was part of a regiment guarding the Yangtze River in Xiangyang. A regiment was a self-defense group organized by the people at the time. Due to the social unrest and the increase in the number of stragglers, some of the guards would take down or even kill anyone they suspected of being a bandit. Such reckless actions would inevitably harm innocent people.

One day, several soldiers from the village found two merchants from Sichuan with their feet covered in mud and looking like they were traveling a long distance. When they took the men’s words and actions at face value, the soldiers thought that they were thieves. The soldiers waved their swords and tried to kill them. Wang Yingming stepped forward to stop them, saying: “How can you just kill them without having proof?” So they were tied up and handed over to the government.

When the officials interrogated them, they showed proof that they had been buying and selling goods and that they were indeed honest merchants, not thieves. The officials then found the people they were dealing with and proved that they were true to their identity. The two merchants were saved from death. In their haste to leave, they did not have time to ask for the name of their savior, Wang Yingming.

Saving others is actually saving oneself

Not long afterward, a group of bandits suddenly arrived in Xiangyang, burning and looting. In the confusion, Wang Yingming fled to the river and tried to leave by boat. However, there was no ferry to be found in the vast expanse of water. He called out to the boatmen hiding in the reeds, hoping to be rescued, but there was no response. In the midst of the turmoil, one man saw that it was Wang Yingming and immediately steered the boat to the shore and brought him on board. It turned out that the people on the boat were the two merchants he had rescued earlier. By saving others, Wang Yingming was able to escape from the danger.

Later on, Wang was sued by the government because he was fighting injustices for others so he had to leave Anhui. The night before he crossed the river by boat, a man in the inn where he was staying wept loudly and miserably. When Wang Yingming asked the innkeeper what it was about, he found out that the guest had fallen seriously ill and had been stranded at the inn.

The innkeeper was throwing the sick guest out because he had no money.

Wang Yingming felt compassionate, so he gave the sick guest the money to pay his bills.

Because of the delay, Wang Yingming was not able to catch the ferry that day and had to wait until the next day. When they boarded the boat the next day, the boatman told everyone: “Yesterday, the wind was so strong that many boats capsized and many people died. If you had come yesterday, you would have been in the belly of the fish right now.” Wang once again found that saving others led to saving oneself.