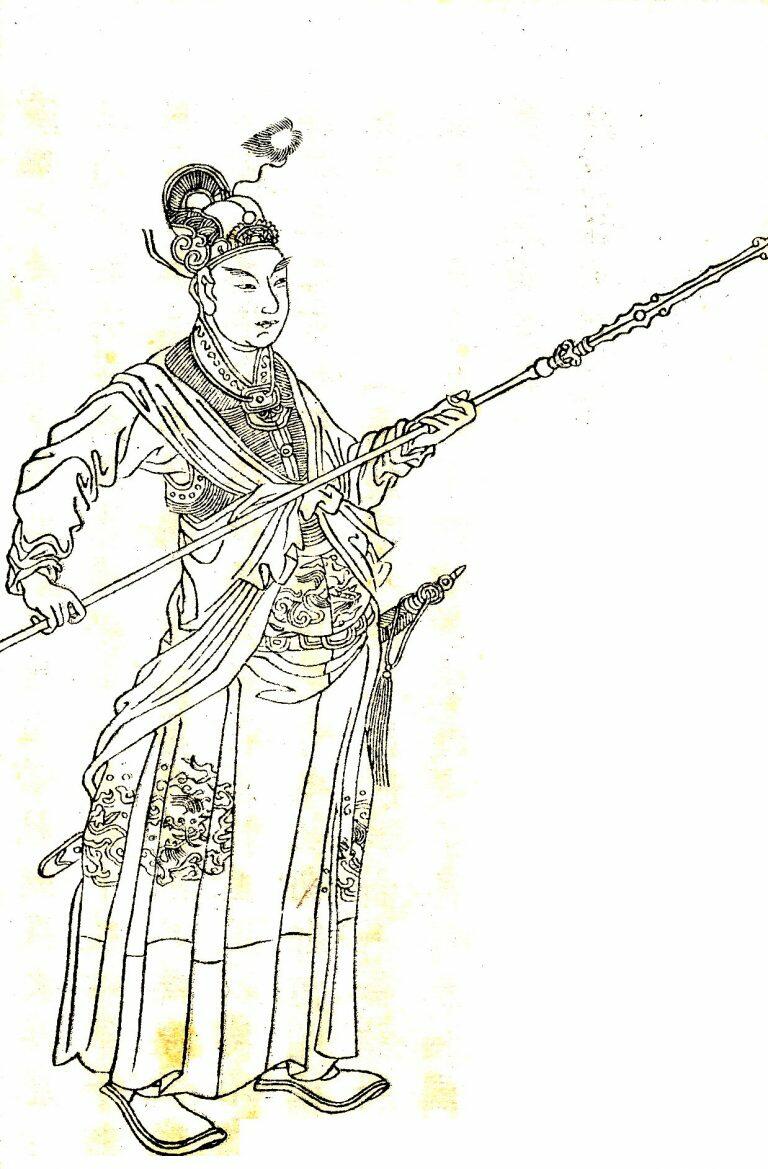 The end of China’s Qin Dynasty was a period of chaos, and the empire was being conquered by various nations. In the midst of the chaos, there was a man of mighty virtue and great forbearance named Han Xin. Han led an army to defeat other warlords, and helped Liu Bang take over the world. (Image: wikimedia / Public Domain / Hannah~commonswiki)

The stories about Han Xin and his great forbearance have been passed down for thousands of years. There are so many tales and legends from ancient Chinese history about Han Xin, who was a real-life hero.

The end of China’s Qin Dynasty was a period of chaos, and the empire was being conquered by various nations. In the midst of the chaos, there was a man of mighty virtue and great forbearance named Han Xin. Han led an army to defeat other warlords, and he helped Liu Bang take over China.

From childhood onward, Han received a good education. He had the opportunity to study The Art of War, and it became one of his favorite books to study. As a young man, Han also studied and practiced martial arts, and so he always wore a sword wherever he went.

Han Xin lost his mother at a young age. With no one to rely on, life became very difficult for young Han, and although he had high ambitions, it was a challenge to just maintain his daily life. He often did not have enough food to eat and went hungry, and he sometimes had to accept charity from others.

Because he was not understood by others, he was sometimes scorned and humiliated. Yet, in the midst of these hardships, Han Xin accepted these trials as part of his fate, and he endured it all in silence and without complaint.

A meal turns into a thousand pieces of gold

Though he was poor, lonely, and had no one to turn to, Han did not sulk. Without friends to keep him company, he used his time to study The Art of War and practice martial arts.

When he was not studying, Han sometimes went to the river to fish in order to have enough to eat. There was an old woman at the time, known as the “drifting mother,” who did washing for people. Although they were not related and she did not have much to eat herself, when she learned of Han’s plight, she took pity on him and gave him some of her own food to eat. Han was so grateful that he vowed to someday repay her for her kindness.

But food wasn’t Han’s only challenge. One day, while walking down the street with his sword in his hand, Han came across the local butcher’s son. The man was a well-known scoundrel in the village and wanted to humiliate Han. Placing his hands on his hips, the man blocked Han Xian’s path, and scornfully said: “You have grown so big and are fond of carrying a sword because you are timid and cowardly.”

As the villagers looked on, the man insulted Han further: “What are you doing with a sword? Do you dare to kill me? If you don’t dare to kill me, then you must crawl between my legs.”

Han Xin did not say anything, but just stared at the man for a long time. Had Han been an ordinary man, facing such a sudden confrontation, the two men would have drawn their swords to fight. But Han did not fight back, let alone kill the man. In full public view, Han made an amazing decision: He bent down, and indeed crawled between the scoundrel’s legs.

The incident became quite a sensation and spread throughout the village. When people heard what happened, they laughed at Han Xin, believing he was timid and cowardly. The scoundrel caused Han to lose his dignity, and lose face in front of the villagers. They believed Han was so cowardly that he would not even fight back when insulted, and that his years of martial arts training were wasted.

Han Xin’s humiliation spread far and wide. Yet Han did not take it to heart and maintained his kindness.

In time, Han Xin went on to fight a famous General named Long He of Chu. Long was the first General under Xiang Yu, a brave and war-like man who brought an army of 200,000 men to fight Han Xin to the death. Another General warned Long He that Han Xin was a great soldier with an unstoppable army, and suggested that the Chu army should take precautions to avoid him.

Long refused to listen to the advice of his subordinate and said to him: “I have long known of Han Xin’s character. It would be easy to defeat him. In the past, he was not even able to make ends meet, and begged for food from his drifting mother.

“He was also humiliated when he had to crawl between another man’s legs, and did not even have the courage to fight back. Han Xin  is so incompetent and cowardly that there is nothing to fear.”

Long He did not understand Han Xin, and that it took great self-restraint, patience, and courage to do the things he had done.

When the two armies of Qi and Chu finally fought against each other, Long He underestimated Han Xin, and Long was eventually routed and killed.

In the fifth year of Emperor Gao of Han (202 B.C.), Liu Bang asked Han Xin to go south and besiege the Chu army. When Han Xin arrived in Chu, he first summoned the “drifting mother.” Han Xin gave her 1,000 pieces of gold to repay her for the meals she had shared with him in the past.

In Chinese culture, there’s a tradition of “repaying the kindness of a drop of water with a gushing spring,” meaning that, even if you receive only a small favor from someone, you should repay it with at least twice as much as you’ve been given. Because kindness is precious, the recipient should be grateful.

Not only did he repay the woman’s kindness, but Han Xin also summoned the butcher’s son. Han focused on and praised the man for the good things he had done, and promoted him to the rank of lieutenant.

Han Xin was a man of great forbearance and courage. He was able to face insults from all people without being shocked, upset, or angry. In times of difficulty, he endured humiliation, and not only forgave, but even rewarded those who had wronged him.

Because he was a man of mighty virtue, Han Xin went on to help Liu Bang defeat great heroes and take over the Han Empire. Stories of Han Xin’s mighty virtue have been passed down through the ages, inspiring others to do the right thing, even in the face of hardship.

Translated by Eva and edited by T. Denning