Environmental and Cost Concerns Over China-backed Rail Project in Indonesia 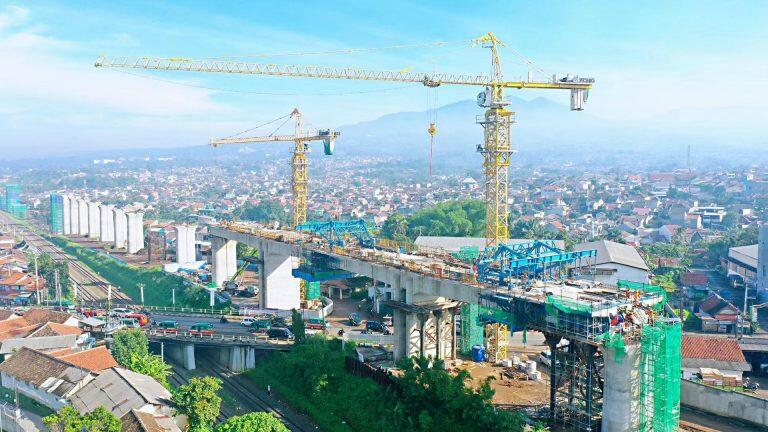 The flagship Indonesia project of China’s Belt and Road Initiative, Beijing’s estimated US$1 trillion-plus infrastructure program to build a network of railways, ports, and bridges across 70 countries. (Image: globalconstructionreview.com )

China is involved in several rail projects across Asia and Africa, one of which is the rail project in Indonesia. Some of these large-scale rail projects are already in progress and when completed they will enhance the intra-country transport system.

However, the reality is not all Chinese rail projects are developing as planned. The much-talked-about Jakarta-Bandung High-Speed Railway Project is one such example.

The flagship Indonesia project of China’s Belt and Road Initiative, Beijing’s estimated US$1 trillion-plus infrastructure program to build a network of railways, ports, and bridges across 70 countries.

The construction of the Jakarta-Bandung rail project began in 2017 and from that time it was mired in controversy. It was launched in 2016 by President Joko “Jokowi” Widodo.  When completed, the travel time between Bandung and the Indonesian capital will be shortened to 40 minutes, which now takes 3 hours.

However, since construction began, the Jakarta-Bandung rail project, the country’s first high-speed rail, has been dogged by criticism about its environmental impact as well as concerns about cost overruns.

Cost overruns, damage, and threats over rail project in Indonesia

Cost escalation of the high-speed rail project in Indonesia has emerged as a major concern for investors in the project. The project cost has shot up to a staggering US$7.9 billion from an initial US$6 billion estimate in 2016.

Agung Budi Waskito, the chief executive of PT Wijaya Karya, which leads the consortium of local companies that holds a 60 percent stake in the rail project in Indonesia, said in April it was negotiating for China to increase its stake in the project, because of the cost increases.

There have also been complaints of worsened air quality, clogged canals, and damaged homes of many people who live along the future line.

The residents who have been affected by this project have said they have received threats for airing their concerns while the consortium of Indonesian and Chinese companies setting up the rail line has denied the reports of intimidation tactics and that they are adhering to construction and environmental regulations.

Sri Rama Aryadhana, who lives in Bandung, said his house developed cracks because of the construction project. “In November, they started piling and drilling, using heavy equipment. Since then, there has been damage not only to my house, but also other residents’ houses in this neighborhood.”

Residents’ attempts to hold a dialogue with the company had been unsuccessful. Aryadhana said: “At the beginning of the project, they even sent security forces, who said anyone who obstructed the project would be dealt with.”

Aryadhana and his neighbors next complained to the National Commission on Human Rights (Komnas HAM), which has summoned the management of PT Kereta Cepat Indonesia China (KCIC), the consortium building the railway, to appear for questioning later in July.

There have also been drainage woes. A 25-acre rice field in the West Bandung regency was damaged because the irrigation canal had been clogged. In Cimahi, a town close to Bandung, the residents are living under the fear of landslides. The soil developed cracks owing to tunnel construction done by blasting.

Meiki Paendong, executive director of the environmental group Walhi in West Java province, said residents complained about how the rail project in Indonesia had created social and environmental harm. He said complaints from residents in areas affected by the project include clogged sewers, water and air pollution, flooding during the rainy season, and excessive noise.

“Their neighborhoods were flooded because drainage channels were blocked by backfill and the company did not build alternative drainage,” Paendong said.

In 2020, the Ministry of Public Works and Public Housing halted the construction work on the rail project in Indonesia for two weeks. However, the fact is the residents are still living with these hassles.

KCIC spokeswoman Mirza Soraya denied allegations of using intimidation and added the company is willing to look into the grievances raised by the locals.

“PT Kereta Cepat Indonesia China is cooperating and ready to sit down with residents to discuss environmental impact-related complaints submitted by the community. KCIC and contractors did not obtain comparative data on the conditions of the buildings before and after the work was carried out,” said Soraya.

On the security issue, she said: “The presence of security personnel from the military and police at the construction site is not intended to intimidate residents, but part of standard security procedures involving national strategic projects.”

The Jakarta-Bandung rail project in Indonesia is almost 143 km (89 miles) long. It’s about 75 percent done and completion is expected by the end of 2022.