Pumpkin Seeds Mineralize You and Strengthen Your Bladder 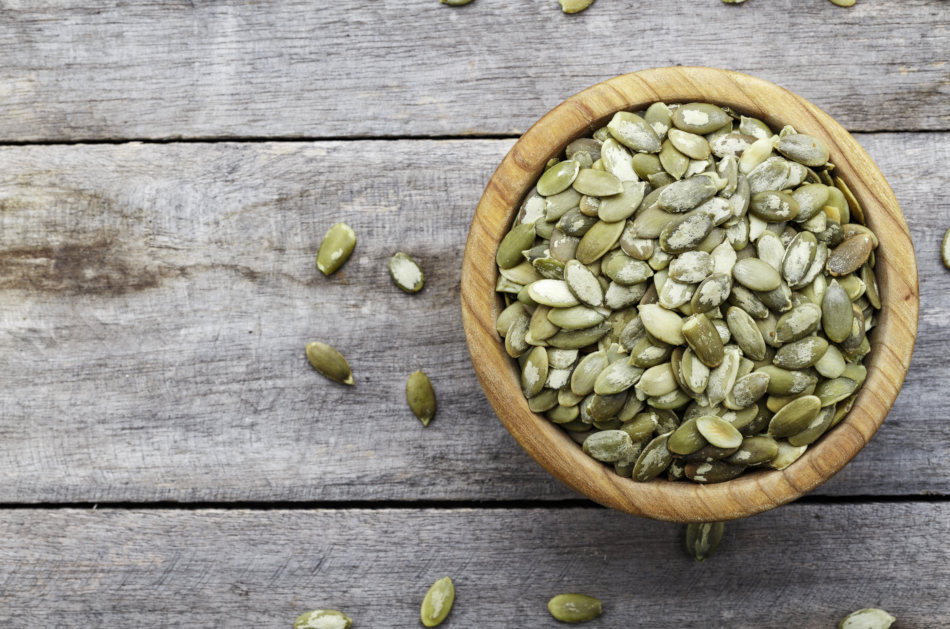 Just to make things clear from the beginning, pumpkin seeds are the whole seed, including the white shell, and pepitas are the smaller green seeds found within the shells.

Pumpkin seeds are a good source of essential minerals

Pumpkin seeds, and pepitas, are a wonderful little powerhouse of nutrients. By sneaking them in as a daily snack, I know I’m probably close to meeting my daily requirements of magnesium, and zinc. I would much rather get my minerals from my food rather than in tablet form where I can.

Potassium, magnesium, zinc, copper, manganese, and iron are found in pumpkin seeds, in fairly generous amounts. But it is zinc that pumpkin seeds are most known for — they are one of the world’s best vegetable sources.

However, to obtain the most zinc out of them, the whole seed needs to be eaten, including the husk. Just between you and me, though, eating them as a pepita is much more enjoyable — and they still contain good amounts of zinc regardless.

Weakened pelvic muscles can result in incontinence, which is a common problem for women after childbirth. But Overactive Bladder (OAB) is a problem seen in both sexes, which is when the frequency of urination begins to disrupt lifestyle in general including sleep, exercise, and self-confidence.

For women, this is caused by a lack of estrogen, which thins the lining of the bladder, causing the sensation of needing to urinate. For men, OAB can be caused by an enlarged prostate gland pressing on the bladder.

Surgery is a routine intervention for this problem. However, Japanese researchers claim that a natural remedy using a pumpkin seed extract will reduce urinary incontinence by up to 79 percent. For daytime incontinence, results showed a reduction of up to 39 percent, and night-time incontinence was reduced by 68 percent.

Pumpkin seeds are effective for urinary weakness as they re-build tissue of the pelvic floor muscles.

The “androgen receptor” is also strengthened, which helps the bladder to fully drain, overcoming the problem of frequency.

For males, pumpkin seeds work to decrease the inflammation around the prostate, allowing urine to flow more easily.

Did you know that some people have known about the link between pumpkin seeds and bladder health for hundreds of years? A medical encyclopedia from 1578 made references to pumpkin seeds aiding bladder conditions.

Make pepitas into a delicious snack to eat throughout the week or as a party food — decidedly more exciting than beer nuts, yes?

Pepitas have a certain taste that might take some getting used to. So make them yummy by adding them to the food you do like.

Try adding them to your muesli, mixed nuts, and fruits, or with some salt when you sprinkle them over your food.