Living the Good Life in the 1980s, Recalling Traditional Values 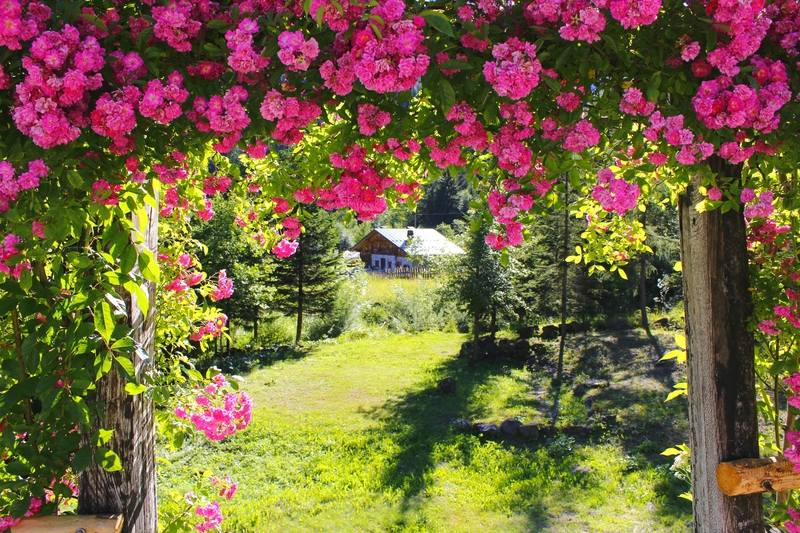 Until recent decades, it was the dream of every Englishman and every English woman to own a little homestead, get married, have a healthy family, a good job, and a good life. Traditional families ALL prayed together and attended church together. (Image: Educatriceirene via Dreamstime)

What are traditional values? When I was growing up in the 1980s, they existed in the form of respecting your elders, especially your mother and father. You would love and respect them, feel safe and secure with them, and look up to them for the advice you needed in everyday life. You would also adhere to the rules in the home and within society generally.

I was taught to respect the police, and I remember feeling protected by them; they were the superheroes who caught the bad guys and locked up the unscrupulous characters in society. They kept us safe, and we, in turn, tried to keep our moral behavior in line as we were taught, which all added to a reasonably well-balanced and safe society.

It seems that now, the powers have been taken away from our police so they can’t do their jobs properly. As a result, they get attacked and ridiculed and generally aren’t respected by half the population, in my opinion.

The same goes for our teachers. No, we weren’t perfect all the time to our teachers, but as with the police, we knew clearly not to step over the line or we’d be in serious trouble from them, and then we would have to answer to our fathers also, which we definitely didn’t want to do.

From my childhood up until now, I have seen the system unfold. I clearly see that the correction of children and adults alike is weak and doesn’t fundamentally work; you have to be firm but fair, just as my father and my teachers were, not softy-softy and nicey-nicey, as this has its limits.

So if you’ve stepped out of line, you should humbly recognize it and pay the price for upsetting the balance of home life or school or society for the benefit of all involved. Admittedly, you didn’t always recognize your mistakes properly, but that’s called learning.

People back in the 1980s and before had better moral values, and everything seemed to work much better as a result. Life was easier and the streets were safer, our doors were open, and you knew the one or at most, the two thieves in your area, so you avoided them or told your older brothers if they were hanging around in the wrong places.

These were the lads who were brought up without love and values. When I look back, I feel compassion toward them as they had either no guidance or simply the wrong guidance. The thought of prison for myself and most of the community was pretty terrifying, as it was a place to pay your penance and eat porridge, not like today where you get a flat-screen TV and a nice meal.

Back when I was a kid, we lived by traditional values. There was an unwritten code, and there was respect even within rival areas. No one would ever dream of carrying knives, as we were men, not cowards. If you couldn’t settle a disagreement man to man, then it may have ended up as a punch up and most probably shaking hands afterward. I don’t condone fighting and never did, but sometimes the inevitable has to occur.

You know… even the toughest of the boys/men would help an old lady across the street, no question. There was still that British gentlemanly thing about our generation, and that’s how we were brought up. If you look closely, I think you will find that the gradual decline of morals within society can be closely linked to the slow decline in quality television like Mary Whitehouse’s campaign showed us.

She criticized the BBC for what she said was its lack of accountability and excessive use of bad language, smut, and portrayals of sex and violence in its programs. Just look at the TV now. It’s almost impossible to find something to watch that has any culture or sustenance of any kind to it!

Instead, it is apparent that they (the scriptwriters and programmers) have flipped morals on their head and sensationalized all the bad vices within society, rarely depicting good deeds and honorable actions.

The pedestal these characters and actions are on is seen as cool and good, but having things so one-sided causes a huge portion of modern society to take an awful lot of this behavior as the acceptable norm, which has been hugely detrimental to our Western society as a whole.

What makes things worse is that many of the children are no longer brought up by their parents to even respect their parents, let alone other important figures in society. They are confused and can only get their guidance outside of the home, so they rely on the TV and the Internet for guidance.

I have two young children and admit it’s extremely challenging at times with all these bad things around us, but I see it as a tree. By this, I mean that if you nurture the beginning of someone’s life and give a solid moral foundation and don’t give up, it paves the way for a fairly stress-free life.

I have found with more rational kindness and less irrational emotion, you can help balance your child’s mind, and they become more and more solid, and everyone reaps the rewards. So we parents need to stop looking at the papers and our government for guidance on how to bring up our children and look at how it was in the past and how it worked very well.

Suppose you have good parents with good values. In that case, it filters down, just like if we had a good government who cared about its people, it would also filter down through society just like the long empires of old when they had periods of balance, wealth, and happiness. It was when virtuous rulers cared for their subjects and understood how the cycle of the selfless serving of the people made for a harmonious society.

I’m in business, and I serve the people with fairness and integrity. In turn, they give me what I need; that’s how capitalism works. But, unfortunately, once the manager or business becomes selfish, it starts down the path of communism.

In closing, all we need, in my humble opinion, is a reversal back to traditional values, which I feel has already started; it must come from every avenue of society. We have generations and generations of wisdom from our ancestors. Let’s not allow cancel culture to take away our righteous and unrighteous past; we need all of it to move forward to help guide our future generations. Faith, hard work, unity, and time are all we need.