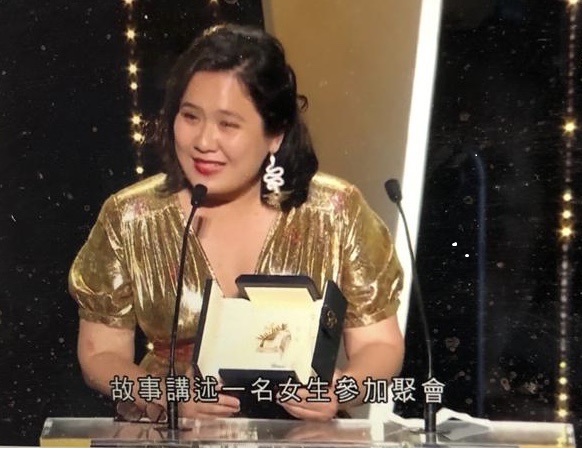 Tang Yi's film 'All the Crows in the World' won the Short Film Palme d’Or at the 74th Cannes Film Festival. (Image: Screenshot via YouTube)

On July 17 at the 74th Cannes Film Festival, the Short Film Palme d’Or was awarded to the 14-minute film All the Crows in the World (Tian Xia Wu Ya) directed by Hong Kong director Tang Yi. All the Crows in the World is the first Hong Kong film to receive this award. It also won Best Screenplay and Best Director at this year’s Fresh Wave International Short Film Festival in Hong Kong.

Drawing from the director’s own experience, the film was shot and set in Mainland China to reflect on Chinese business dinner party culture and an observation of how marginalized people get connected. The actors are all from mainland China.

It tells the story of an 18-year-old high school student who was invited by her cousin to a weird adult party one day.  Much to her surprise, she found that the party is filled with stinky and vulgar middle-aged men — except for her gentle cousin with glasses.  Later, the two decided to leave the boring dinner after embarking on a night of adventures in the adult world.

Director Tang Yi graduated from the Department of Professional Accounting at the Chinese University of Hong Kong and then entered the New York University Film School for further studies.  When receiving the award, in her acceptance speech, Tang Yi thanked New York University and hopes that she can graduate in September this year.

There is no Chinese film shortlisted for the main competition unit in this year’s film festival, but there are 6 Chinese feature films and 4 short films shortlisted in number. Most of the works in the exhibition are from young directors. All The Crows in the World is the only winning work.

Tang Yi’s win came just two days after the festival quietly screened a 2½-hour documentary about Hong Kong’s anti-government protests in 2019.  Award-winning director Chow Kwun-wai surprised the local film industry by having Revolution of our Times shown, but he revealed to South China Morning Post that he had sold the copyright to a distributor in Europe following “a kind of risk assessment.”