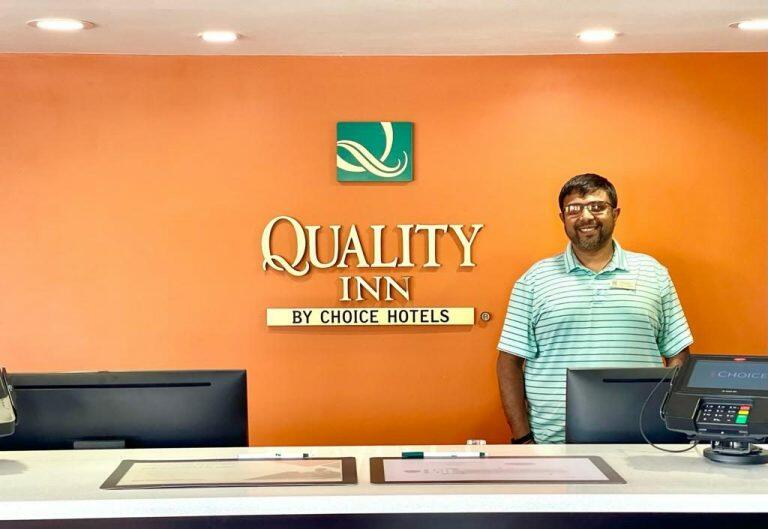 It is rare to come across people, like this generous hotel owner, especially those running businesses, who are exceptionally kind and generous to those in need, without thinking about profits and personal gains.

A generous hotel owner of Indian origin in Tennessee proved to be a generous soul, and deeds of his generosity have made headlines. When Sean Patel found Kodak, Tennessee, was frozen by a dip in temperature and the power supply went off, he did something extraordinary.

The owner of a Quality Inn went out of his way to assist the locals. He offered them accommodation till normalcy was restored and gave them warmth and food too. The news of a compassionate and generous hotel owner housing people in a storm amazed everyone.

Steve Smith, who is a friend of the Inn owner, said that Patel does not think about profit and loss in such dire situations. It is hard to stop him from doing humanitarian work. For his deed, Quality Inn earned a nomination in Reader Digest’s one of the Nicest Places in America.

Patel immigrated to the U.S. back in 2004 and the goodness and generosity of people in Tennessee is something he could not forget. Patel said: “I saw how much people helped each other in the South and it got to me. It’s not always about money. Sometimes you just need to talk. I always wanted to be that kind of person.”

Patel did everything he could to accommodate the locals who were coping with the menaces of extreme cold and power outages. The hotel rooms were filled and so he made provisions for people to stay in places like the lobby!

During the last few days in December 2020, all of the 60 rooms of his Inn were booked. In some rooms, as many as 7 or 8 people were staying, he recalls. In fact, he offered the rooms being renovated at that time to accommodate more people. The hotel staff sanitized the place for safety.

Patel said he was glad to see the response of people who were accommodated in his hotel. Some of the guests also were very generous and they paid for others. They also shared the food, even though they were not well acquainted with one another.

The generous hotel owner showed the same spirit in Texas

Later, a similar kind of situation cropped up in Texas, where Patel has another hotel. The Segovia Lodge owned by him was also offered to the locals to cope with snowstorm-induced power outages. He waived accommodation charges for the guests. Even though the electric supply to the hotel was cut off, the fire was kept on.

Once again, this generous hotel owner offered the hotel lobby to accommodate more people. There were more than 200 people, yet no hassles were seen. Shelly Shirley, the hotel manager, said that people from varying ethnicities and economic profiles cooperated with each other. The harmony and cooperation proved that humanity still exists.

The nice thing about Patel’s effort is that it impacted the guests too. The Segovia Lodge residents who stayed there during the crisis kept in touch over Facebook afterward. Patel actually had to spend from his earnings to accommodate so many people in these 2 hotels during the power outage, but he is not worried about that.

He offered both free and discounted rooms. A University of Tennessee graduate, Patel says he does this as he knows what struggle means. He said: “I am an immigrant myself. I came to this country and I didn’t have a house. I had a family who took me in, so in order for me to get this help in the future, cause I can be on the streets tomorrow, I need to do my due diligence in advance.”