Film Rights for ‘Revolution of Our Times’ Transferred Overseas 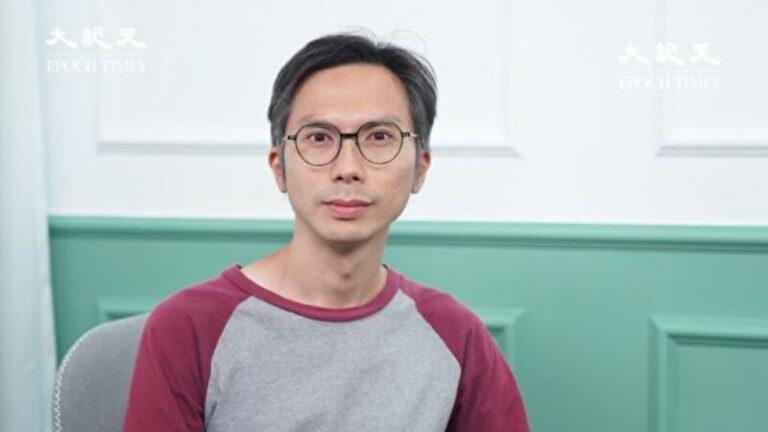 Hong Kong-based director Zhou Guanwei of the documentary 'Revolution of Our Times,' announced in his Facebook post on July 24, 2021, that the film rights and all its materials have been transferred overseas. (Image: via Hong Kong director Zhou Guanwei by Guan Yongzhen via The Epoch Times)

Hong Kong-based director Zhou Guanwei of the documentary Revolution of Our Times announced in his Facebook post on July 24, 2021, that the film rights and all its materials have been transferred overseas, and the holder of the copyright shall work with any distributor or platform that intends to represent or distribute the film.

The expression Revolution of Our Times once resounded through the streets of Hong Kong as a slogan used in social movements in Hong Kong. But now, it has become a red line that may violate the “Hong Kong version of the National Security Law.”  The biggest problem faced now is how to release the film as a documentary.

The two-hour-long Revolution of Our Times, which chronicles the Hong Kong anti-extradition protests of 2019-20, is the first large-scale documentary by Zhou Guanwei.

At the recent Cannes Film Festival held from July 6 to July 17, for fear that advance publicity might result in interference from Chinese Communist Party officials, the Film Festival made a surprising last-minute announcement that Revolution of Our Times would be screening at the end of the festival, which aroused global attention.

Later, Zhou in a statement expressed his heartfelt gratitude to Cannes and said that it has been an honor to have the world premiere Revolution of Our Times at Cannes, and it also shows that whoever fights for justice and freedom around the world is with the Hongkongers.

In view of the “White Terror,” all the film’s credits are either incomplete or use pseudonyms to protect the identities of those who worked on the documentary. It was simply stated that Revolution of Our Times is made by “Hongkongers.” Zhou is the only publicly named person on the entire production list.

Prior to revealing his identity as required for participation in the film festival and authorizing public screenings, Zhou was in a dilemma. A friend who cherishes Zhou’s talent advised him to remain anonymous. The friend said that he hopes he could still continue to see Zhou’s film in the future, and was even willing to go to jail on Zhou’s behalf.

This deeply moved Zhou. Zhou revealed that he could not sleep that night. When he did fall asleep, he had a dream of an elementary school teacher. This teacher had a great influence on his life and was the first person in his life to admire him. In the dream, the teacher praised him for being a responsible person. When Zhou woke up from the dream, he decided to make his name public.

For the safety of interviewees and the film production team, Zhou transferred all the original information and materials related to the film to the United Kingdom and then destroyed the relevant clips in Hong Kong.  The film rights have also been transferred overseas.

The team for Revolution of Our Times announced in a statement on July 24 that the title of the film and a link to the poster have been circulated on the Internet. The team verified that this is definitely not Revolution of Our Times. They warned that someone else and another platform had stolen the official film title and attached another video sharing link. They suspected piracy and fraud. The team called on the public to report the matter so that they can take action on the advice of lawyers.

The same statement emphasized that, in order to meet the audience’s viewing needs, Revolution of Our Times has only been premiered at the Cannes Film Festival and has not been released online. It also said “looking for the most ideal way to meet with audience, thank you for your patience.”

Zhou Guanwei told Position News that, as a director and creator, he only wanted to keep his duty. “I’m only making a documentary. It doesn’t pose a danger to my life, and I don’t need to retreat so fast.” He also said that he has no plan to leave Hong Kong. “I don’t need and don’t want to control my decisions with fears that do not happen but just imagined.”

The release of the film under his real name and the decision to stay in Hong Kong are unbelievable to outsiders, but it seems natural to Zhou’s 6-year-old son.

Zhou revealed that he told his son he was filming Revolution of Our Times, and said: “I might go to jail and you might not be able to see Dad for a long time. Do you think Dad should make this film?” Zhou even said: “The Hong Kong government will turn back to a good government after seeing Dad’s film.” Zhou asked the son again: “Why don’t we leave Hong Kong? This will be safer.” Zhou said that his son was neither afraid nor did he try to persuade Zhou to leave, but instead responded by saying: “It’s better to stay in Hong Kong together and turn Hong Kong back into a beautiful Hong Kong.”

In 2015, Zhou’s directed Self-immolator was included in a unit of the Golden Image Award film Ten Years, which is a series of five short films packaged as a feature-length show. This short film tells of how, in 2025, a young hardline supporter becomes the first to be convicted for violating Article 23 of the Basic Law and dies during a hunger strike in prison. This resulted in protesters taking to the streets, but they were suppressed by the riot police, and finally, the protesters set themselves on fire. This film escalates public concerns about Hong Kong’s undecided future beyond 2047.

Ten Years was completely banned in mainland China, and very few theaters in Hong Kong were willing to show it. Later, the literary film Phantom Love, also directed by Zhou Guanwei, became one of Hong Kong’s best-selling and best-reputed Hong Kong films in 2020.