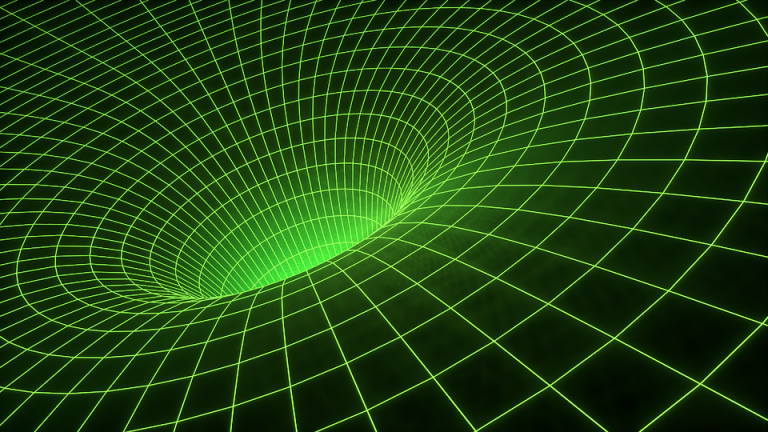 The black holes at the centers of galaxies are the most mysterious objects in the Universe, not only because of the huge quantities of material within them, millions of times the mass of the Sun, but because of the incredibly dense concentration of matter in a volume no bigger than that of our Solar System. (Image: JohnsonMartin via Pixabay)

The black holes at the centers of galaxies are the most mysterious objects in the Universe, not only because of the huge quantities of material within them, millions of times the mass of the Sun, but because of the incredibly dense concentration of matter in a volume no bigger than that of our Solar System. When they capture matter from their surroundings, they become active and can send out enormous quantities of energy from the capture process, although it is not easy to detect the black hole during these capture episodes, which are not frequent.

However, a study led by the researcher Almudena Prieto, of the Instituto de Astrofísica de Canarias (IAC), has discovered long narrow dust filaments which surround and feed these black holes in the centers of galaxies, and which could be the natural cause of the darkening of the centers of many galaxies when their nuclear black holes are active. The results of this study have recently been published in the journal Monthly Notices of the Royal Astronomical Society (MNRAS).

Using images from the Hubble Space Telescope, the Very Large Telescope (VLT) at the European Southern Observatory (ESO), and the Atacama Large Millimetre Array (ALMA) in Chile, the scientists have been able to obtain direct visualization of the process of nuclear feeding of a black hole in the galaxy NGC 1566 by these filaments. The combined images show a snapshot in which one can see how the dust filaments separate, and then go directly towards the center of the galaxy, where they circulate and rotate in a spiral around the black hole before being swallowed by it. Almudena Prieto, the first author of the paper, explained:

“This group of telescopes has given us a completely new perspective of a supermassive black hole, thanks to the imaging at high angular resolution and the panoramic visualization of its surroundings, because it lets us follow the disappearance of the dust filaments as they fall into the black hole.”

The study is the result of the long-term PARSEC project of the IAC, which aims to understand how supermassive black holes wake up from their long lives of hibernation, and after a process in which they accrete material from their surroundings, they become the most powerful objects in the Universe.