The Eight Trigrams of Bagua 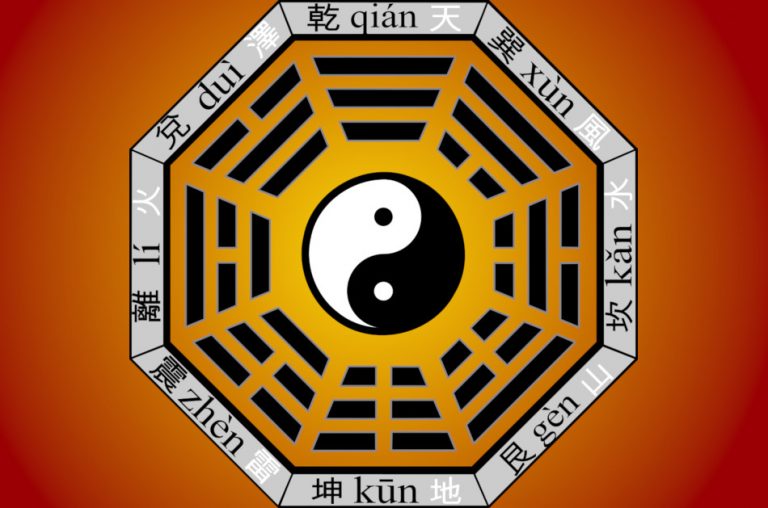 The Eight Trigrams of Bagua (八卦) are eight symbols used in Taoist cosmology to understand the organization of life and the universe, and the many phenomena that occur. It is a system for organizing and understanding the forces of nature and represents the fundamental principles of reality, seen as a range of eight interrelated concepts.

There are two types of Bagua symbols: the Early Heaven and the Later Heaven. Both Baguas are associated with the eight compass or cardinal directions. The cardinal directions are determined by the marker stars of the mega-constellations known as the Four Celestial Animals:

The elements of the eight trigrams of Bagua

Each Bagua symbol consists of three lines, each line either “broken” or “unbroken,” respectively representing yin or yang. The basic idea of yin and yang consists of two natural, complementary, and contradictory forces of any phenomena in our universe, the principle of opposite polarity and duality. All forces in the universe can be classified as yin or yang energy.

Due to their tripartite structure, the Bagua symbol is called the Eight Trigrams of Bagua. The trigrams are related to Taiji philosophy, Taijiquan, and Wu Xing, or the five elements.

The construction of the eight trigrams of Bagua

From yin and yang, the next four images or “energies” are constantly moving and influencing each other, creating young yin, old yang, young yang, young yin, and old yin.

As yin and yang are applicable to all forces of nature, the theory can be applied to the moon and its phases.

According to legend, after having encountered a mysterious dragon-horse on the Yellow River, the Early Heaven Bagua with its trigrams was created by Fuxi, who added a third line to the already existing four images, hence 8 possible trigrams. These eight trigrams of Bagua are Heaven, Earth, Wind, Thunder, Water, Fire, Mountain, and Lake.