Popular Chinese Phrases Based on the Character for Tiger: 虎 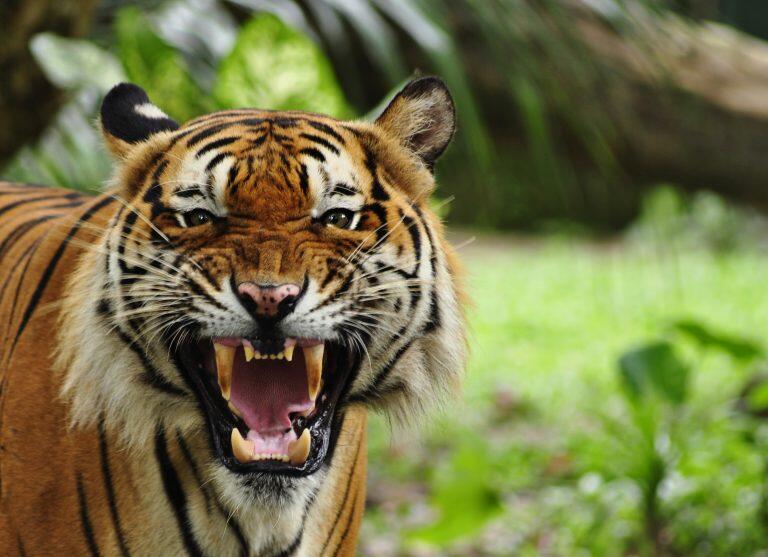 There are many popular Chinese phrases that are based on the character for tiger, 虎. (Image: Enciktat via Dreamstime)

In most cultures, the tiger is a fascinating creature. In Chinese culture, there are many popular stories and sayings about the tiger. Thus, there are many Chinese phrases based on the Chinese character for tiger.

Chinese phrases based on the Chinese character for tiger

If a person is being described as a smiling tiger, it is believed that he or she is cunning and sly, and that you should be wary of what they may do.

They may also be described as a “smiling tiger” 笑面虎 (pinyin pronunciation: xiào miàn hǔ), which means they may have a nice appearance and always put on a smiling face, but you can never be sure of their intentions, and they could strike you at any moment.

There is another famous Chinese saying based on the Chinese character for tiger: “If you don’t enter a tiger’s cave, how can you catch a tiger?” 不入虎穴焉得虎子 (pinyin pronunciation: bù rù hǔ xué yān de hǔ zi). The saying has the meaning of needing to face your fear in order to achieve something, and not to have the expectation of gaining something without effort.

According to the Chinese zodiac, tigers are dignified in character and appearance, and they naturally command authority. Having the traits of a Tiger and Rabbit is a good balance because the tiger represents bravery, while the rabbit represents caution, leading to one being courageous and wise.