Koh-i-Noor: The Legend and Curse of a British Crown Jewel 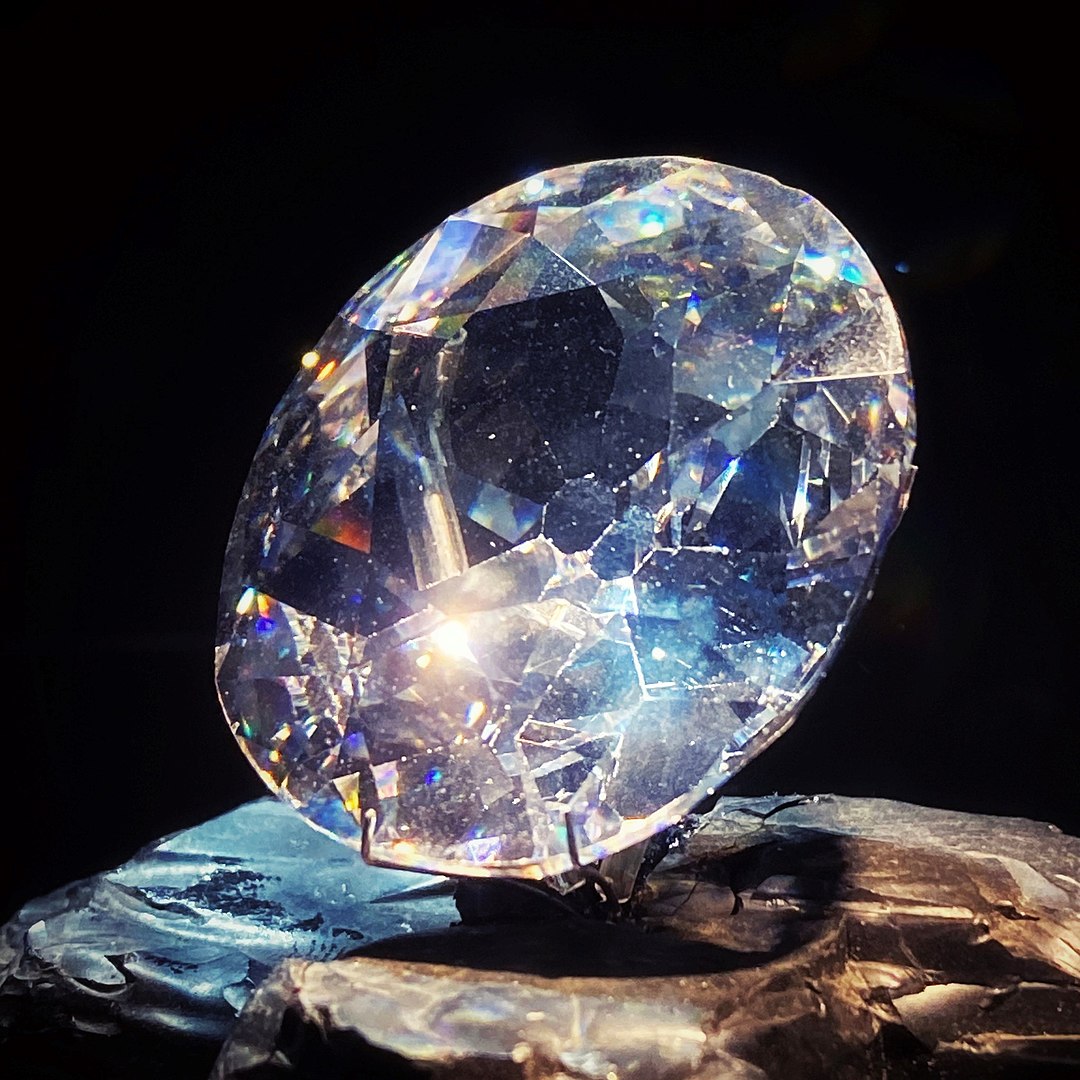 The 105 carat Koh-i-Noor is one of the largest cut diamonds in the world — and it comes with a curse. (Image: Aiva via Flickr)

The 105 carat Koh-i-Noor is one of the largest cut diamonds in the world — and it comes with a curse. The legend states that the diamond is some 5,000 years old, and is also referred to as the Syamantaka jewel.

Koh-i-Noor means “Mountain of Light” in Persian, and was 186 carats (or 37.2 g) before Prince Albert, Queen Victoria’s husband, had it re-cut after reports of his “disappointment” with the appearance of the uncut stone, reducing its weight by 42 percent.

It has belonged to various Hindu, Mughal, Turkic, Afghan, and Sikh rulers, who have continued to fight bitterly over it at various points in history, seizing it as spoils of war, time and time again. It currently sits in the Tower of London in the United Kingdom, after it was given to them by the Sikh King, Ranjit Singh.

Legend has it that whoever owns the Koh-i-Noor will also own the world. So for centuries, kings have fought over the possession of the uncut stone. For most of the past century, four countries have continued to argue about who should keep the now-cut stone.

The curse of the Koh-i-Noor

Although the legend has its advantages, there are also some drawbacks. The curse of the Koh-i-Noor diamond dates back to a Hindu text, which is also the first authenticated appearance of the diamond in 1306.

The curse states that even though the owner may own the world:

He will also know all its misfortunes, and,

Only a God, or a woman, may wear it with impunity.

Throughout the history of the stone, its owner’s history has been filled with violence, murders, mutilations, torture, and treachery. Whether you believe in the curse of the Kohinoor Diamond its history is undeniable and is enough to make people cautious.

Even the British Royal family, who are obviously aware of the curse, have taken precautions after coming into its possession, with Queen Victoria stating only the wife of the male heir to the British throne may wear it.

In 1526, the first “verified” mention of the stone is in the writings of the Mughal ruler Babur (Baburmama). Babur had acquired the rock after he defeated Ibrahim Lodi, who was the last of the Delhi sultans, during the first battle of Panipat.

In 1739, Persian general Nadir Shah defeated Mahamad and conquered Delhi. It was only then that the diamond received its now-famous name Kōh-i Nūr. When he discovered the curse of the stone, he returned it to Persia, however, the curse still had its presence, with him being assassinated eight years later.

The possession of the diamond was then passed on to one of his generals, Ahmad Shah Durrani, where it remained in his family for the next generation.

Then, in 1813, the diamond returned to India after Shah Shuja Durrani, who was the deposed ruler of Afghanistan and a descendant of Ahmad Shah, escaped from his quarreling brothers in Kabul.

He had taken it to Punjab where he gave it to Maharaja Ranjit Singh (the founder of the Sikh Empire), making a deal to surrender the diamond in exchange for help in winning back the Afghan throne.

It was reported that Shah Shuja’s wife Wufa Begum described the stone, saying:

“If a strong man were to throw four stones, one north, one south, one east, one west, and a fifth stone up into the air, and if the space between them were to be filled with gold, all would not equal the value of the Koh-i-Noor.”

Between 1839 and 1843, Maharaja Ranjit Singh died, which left the diamond (and his kingdom) to his sons. It was then that the curse struck again with three of his older sons being killed in quick succession, leaving his 5-year-old, Duleep Singh, to take the throne. It was he who was the last Indian sovereign to own the Koh-i-noor.

Finally, in 1849, the British won the second Anglo-Sikh War and took the Sikh kingdom of Punjab under the Treaty of Lahore. The now 11-year-old Duleep Singh signed over the kingdom, and the diamond, to the British before he stepped down from his throne.

All the men who have owned Koh-i-Noor have either lost their throne or have had other misfortunes befall them.

Article III of the treaty reads: “The gem called the Koh-i-Noor, which was taken from Shah Sooja-ool-moolk by Maharajah Runjeet Singh, shall be surrendered by the Maharajah of Lahore to the Queen of England.”

It wasn’t until 1852 that it was taken back to England to be showcased to the public. It was then that it was ordered to be cut and polished by Queen Victoria’s husband, Prince Albert.

Despite claims of ownership by four countries — India, Pakistan, Afghanistan, and Britain — the United Kingdom has maintained ownership over the gem. British historian Andrew Roberts, after reacting to one of many attempts by Indian groups to push for its return to India, was quoted in 2015, saying:

“Those involved in this ludicrous case should recognize that the British Crown Jewels is precisely the right place for the Koh-i-Noor diamond to reside, in grateful recognition for over three centuries of British involvement in India, which led to the modernization, development, protection, agrarian advance, linguistic unification, and ultimately, the democratization of the sub-continent.”

Historically, it is difficult to pass judgment on the legitimacy of the numerous claims. However, from a gemological aspect, India may be the most valid as the Koh-i-Noor was mined there.