The Awesome Spirit of the Great Australian Kelpie 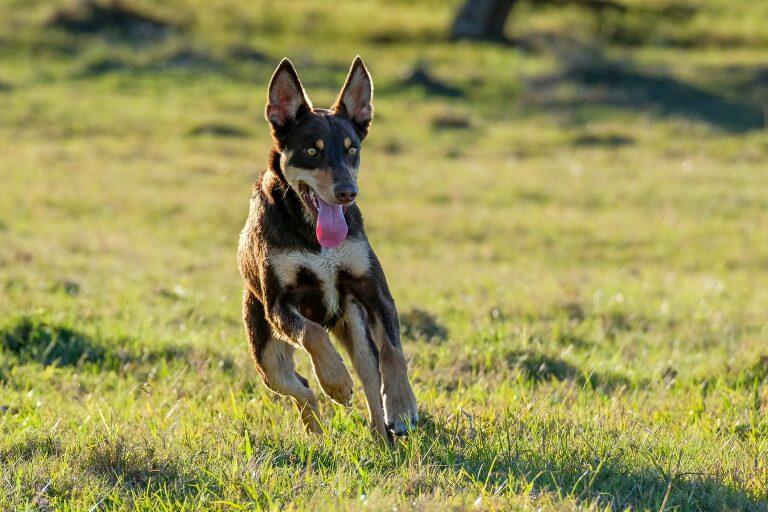 The Australian Kelpie is not only a dog, it's a symbol of the perseverance and the loyalty these dogs give their masters every day, without complaint. (Image:Jaco Janse Van Rensburg via Dreamstime)

In Australia, folks say that Australia was built on the backs of these remarkable dogs — the Australian Kelpie.

The Australian Kelpie, along with the Border Collie and Australian Cattle Dog, is considered the best herding dog breed. They are still being used today to herd stock, not only in Australia, but they are also making a name in North America.

The working Kelpies are easy to train and efficient for working all types of domestic stock. Oddly enough, Kelpies are well known for jumping on the backs of sheep when working them in the yards. It’s how they keep them moving.

Show Kelpies excel in dog sports such as agility, jumping, and dog obedience. So while they can be a top choice for a dog companion, they’ll have a lot of energy and require plenty of exercise on a daily basis. And don’t forget to have mental activities included!

The Australian Kelpie is not only a dog, it’s a symbol of the perseverance and the loyalty these dogs give their masters every day, without complaint. The merino wool industry would not have thrived as it has without the skill of these animals.

Australians owe a huge debt of gratitude to their working dogs.

Red Dog, a film adapted from a true story, is about one of Kelpie’s adventures and deep bond with a man in outback Australia and has won international acclaim.

Talking to a local breeder, she said everyone has wanted a “red dog” since that movie came out, and the breed is gaining popularity again.

The characteristics of the Kelpie

This breed comes in a few varying colors, but they can be recognized by a few distinctive traits. These include:

Australian Kelpies make gentle, loving, and affectionate pets, even when raised with children. However, being highly intelligent and able, they need strong, consistent discipline in a leader, as the rules for a Kelpie can be multifaceted.

For example Your rule of “don’t kill the chickens” might be interpreted as: “Don’t touch this group of chickens, but this other group I can have, chicks I can have, the lone rooster’s I too can have!” Thus, the Kelpie is a thinker, and makes distinctions within categories — owners need to stay on their toes!

However, Kelpies are not dogs that can be happy kept in a suburban backyard. And don’t even try to keep one in a cramped apartment. As long as their needs are met, Kelpies will be loyal, very intelligent, and eager to please their humans.

Essentially, this dog needs to have a job or plenty of hours of highly energetic play and socialization. In other words, owners need to run the “silly” out of them each day to enjoy a relaxed and obedient animal.

The kelpie always wants to please but needs to be clearly taught how she can do that.

This breed suits a very active family or working situation. Disallowing this breed to exercise will be of detriment to the dogs’ mental wellbeing. So too will having an overly dominant controlling master, which will crush the “spirit” of the Kelpie, which should possess a happy, confident, and willing temperament.