4 Inspirational Stories to Uplift Your Soul 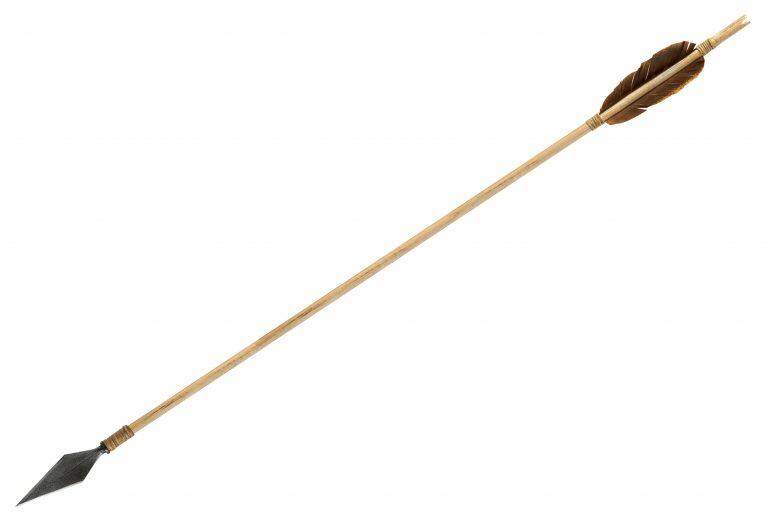 As a result, he penetrated through its middle with the first arrow. (Image: Andrey Burmakin via Dreamstime)

We get inspired by the strength of the human spirit, and we learn how to be better people, more sensitive, supportive, kind, and loving. Here, we present you with a great collection of inspirational stories that will encourage you to look within and help you find the true values that are worth aiming for.

One day, during the Warring States Period in China, a general handed his son a gift. The general said:

“My son, this precious, powerful arrow is a family heirloom. It can bring you great courage and it can also protect you. However, you must never remove it from its sheath.”

The son, who was also a soldier, marveled at the leather case and the peacock feathers sticking out from the back part of the arrow.

The following day, the young man was engaged in a fierce battle. He felt both courageous and powerful, killing every enemy soldier whom he fought. Later that day, the son couldn’t stop thinking about his magic arrow.

Finally, he gave in to his curiosity and pulled the arrow out from its sheath. Much to his surprise, the arrow was broken! Suddenly, the son became very scared, and his will to fight was shattered. “How can I fight the enemy with a broken arrow?” he worried. The next day, he was killed on the battlefield.

When the general saw his son’s lifeless body, he sighed deeply and said:

“If you cannot even guard your will, how can you be a general?”

Of course, it’s unwise and dangerous to pin your hopes on an arrow. However, it’s no different than pinning your hopes on your children, or your happiness on your husband or wife.

2. The value of life

During a lecture, a renowned speaker held up a $20 bill. He then asked his audience: “Who wants this bill?” Many hands went up, and the speaker replied:

“This bill will be given to one of you, but before I give it away, please allow me to do one thing.”

He then squeezed and crunched it into a ball; however, some people still wanted it. Finally, he threw the bill on the floor and stepped on it. By then, the bill was dirty and very wrinkled. When he asked: “Who wants it?”, again, some hands went up. He explained:

“Friends, there’s a very meaningful lesson here; no matter how I treat the money, you still want it because it didn’t lose its value.

On your journey in life, you will fall many times and you will feel worthless, but no matter what happens or what may happen, you’ll never lose your value in the eyes of God — dirty or clean, neatly dressed or not, you are still priceless.

Your value doesn’t depend on what you do or who you know; rather, it comes from your own uniqueness. Never forget this.”

3. Beauty is holding your head up high

One day, she went to a jewelry store and bought a red bow. The owner kept telling her how pretty she looked with her brand new bow. Jenny was very happy and held her head up high. She wanted everyone to see her new bow. When someone bumped into her, she hardly noticed it.

When she walked into her classroom, the teacher said: “Jenny, you look so pretty when your head is held up high!” Her teacher even gave her a little hug.

She received a lot of praise that day, which of course, she had attributed to her new bow. However, when she looked in the mirror, she couldn’t find the bow. She concluded that the bow must’ve fallen off her head when someone bumped into her.

Self-confidence is a form of beauty; however, most people think that beauty lies in appearances. It’s a big reason why so many people are unhappy these days. It doesn’t matter if you’re rich or poor, pretty or plain, as long as you can hold your head up high, you’ll feel happy — which in turn makes you look charming and lovely.

In it, he talked about a dying man who stared at a tree outside his window. As the tree’s leaves kept falling down in the autumn wind, he thought:

“When all the tree’s leaves fall on the ground, I will die.”

An old painter learned about the man’s ominous prediction and decided to paint a “permanent” leaf on one of the tree’s branches. As a result, the man lived to a ripe old age.

This simple story tells us that while we can live our lives without a lot of things, it is very difficult to live without hope.