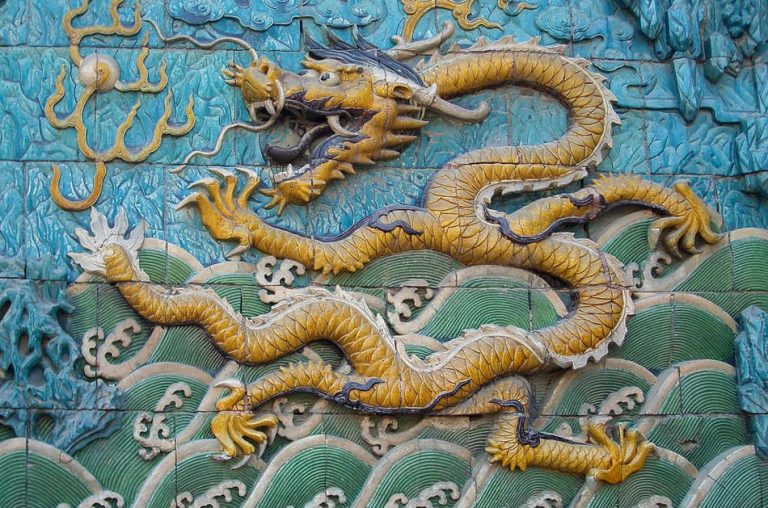 Chinese gatekeepers are a traditional architectural ornament. They are known as Dragons, Qilins, and Shils. The concept, which originated and became popular in Chinese Buddhism, features a pair of highly stylized ornaments which were thought to protect a building from harmful spiritual influences and harmful people that might be a threat. Used in imperial Chinese palaces and tombs, they subsequently spread to other parts of Asia.

The dragon is also a symbol of power, strength, and good luck. Because of this, Chinese emperors often used the dragon as a symbol of their imperial power and strength.

As a part of traditional Chinese folklore, dragons appear in a variety of mythological fiction. In the classical novel Journey to the West, the son of the Dragon King of the West was condemned to serve as a horse for the travelers because of his indiscretions at a party in the heavenly court.

Chinese people believe the dragon represents power, but are they acceptable to use as gatekeepers? The dragon is generally considered a supernatural or spiritual symbol of heavenly power and as such, only an emperor could use a dragon as a gatekeeper. Because of this, most Chinese consider the dragon to be a symbol of feudalism and not one of the traditional Chinese gatekeepers.

We also may see a gatekeeper which, at first glance may look like a dragon, but in reality, it is called a qilin, which is a mythical hoofed chimerical animal.

Qilin generally has Chinese dragon-like features; most notably their heads, eyes with thick eyelashes, manes that always flow upward, and beards. The body, however, is fully or partially scaled and may resemble an ox, deer, or horse, but always with cloven hooves rather than claws. They may also have horns or antlers.

A qilin is a good omen thought to provide prosperity or serenity. In Chinese mythology, a qilin was a gatekeeper that guarded a fairy’s cave in the mountains. They were originally used to guard mausoleums, but later, the entrance to government offices.

The qilin is depicted in Chinese art with parts of their bodies on fire. Sometimes they have feathery bird-like features, curly tufts of hair on various parts of their legs, decorative fish-like fins, or carp fish-like whiskers. The qilin can still be seen today, for example, the Kirin Brewery Company, Ltd. in Japan is named after the animal and uses its image on its labels.

Chinese guardian lions, or imperial guardian lions, are traditionally known as shi in Chinese and foo dogs in the West. These stone lions have traditionally stood in front of Chinese imperial palaces, tombs, government offices, temples, and the homes of government officials and the wealthy. They were believed to have powerful mythic protective benefits.

They are also used in other artistic contexts, such as door-knockers, pottery, and furniture. Pairs of guardian lion statues are still common decorative and symbolic elements at the entrances of homes and commercial establishments — such as restaurants, hotels, supermarkets, and banks — with one sitting on each side of the entrance. They can be seen both in China and in other places around the world where the Chinese people have immigrated and settled, especially in local Chinatowns.

But a stone lion is more than just one of the Chinese gatekeepers — it also shows the power and dignity of the owner. Two pairs of stone lions stand in front of Tiananmen Square in Beijing by the Jinshui River, guarding the royal gate, and showcasing the dignity and power of the royal family.