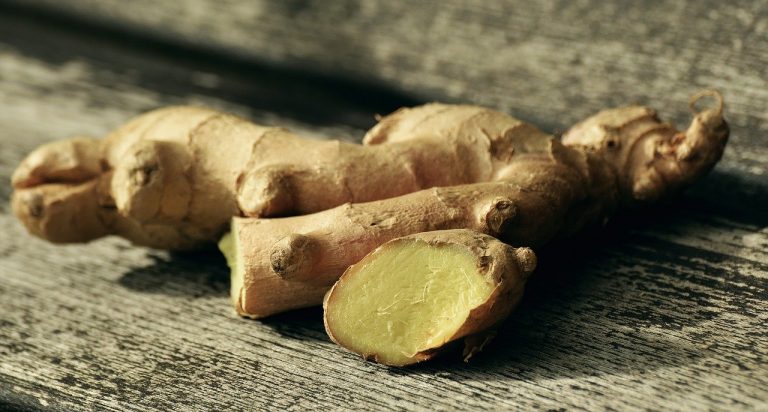 Ginger has a long history in China and within all of Asia, it also delivers its medicinal actions when you include it in your cooking. (Image: via Pixabay)

Most people can attest to the soothing qualities of warm ginger tea with lemon when suffering from a cough or cold, but did you know that ginger has a much greater field of ailments that it cures? Namely, it cures problems associated with Premenstrual Syndrome (PMS).

Medical doctors conducted a double-blind, placebo-controlled trial with over 70 women, spanning three months, and found the severity of five symptoms of PMS was greatly reduced.

All women in the trial had normal periods, but they experienced common symptoms, including abdominal pain, backaches, anxiety, depression, nausea, weight gain, breast tenderness, and stiffness.

In the trial, half the women were given a capsule containing 250 milligrams of ginger, while the second group was given a placebo twice a day for seven days prior to their periods, during their periods, and for three days after their periods.

Before the trial, all of the women’s PMS symptoms were rated according to a scoring system — the average score being just over 100 points.

One month into the trial, the group taking ginger scored drastically lower, and continued to score lower each month. By the third month, their score was an average of 47, while the placebo group was still averaging 106, and experiencing similar PMS symptoms as before.

This tells us that ginger does soothe away the severity of PMS, but it’s important to take it in regular doses before and during your period.

You can either take ginger tea or a ginger supplement bought from your health food store.

In traditional Chinese medicine, many different roots and herbs are prepared as a potent natural medicine to retain balance. Ginger has a long history in China and within all of Asia, AND it also delivers its medicinal actions when you include it in your cooking.

Freshly brewed ginger tea with brown sugar is very popular in China — especially in the cold regions, as a beverage to soothe period pain.

To prepare, finely chop or grate 2 teaspoons of fresh ginger, add this to a pot with a tablespoon of brown sugar, and pour over hot water.

Allow this brew to steep for several minutes, then drink the tea slowly while it is warm. Repeat several times a day if the pain persists and use less sugar if it’s too sweet.