What’s in a Chinese Name? 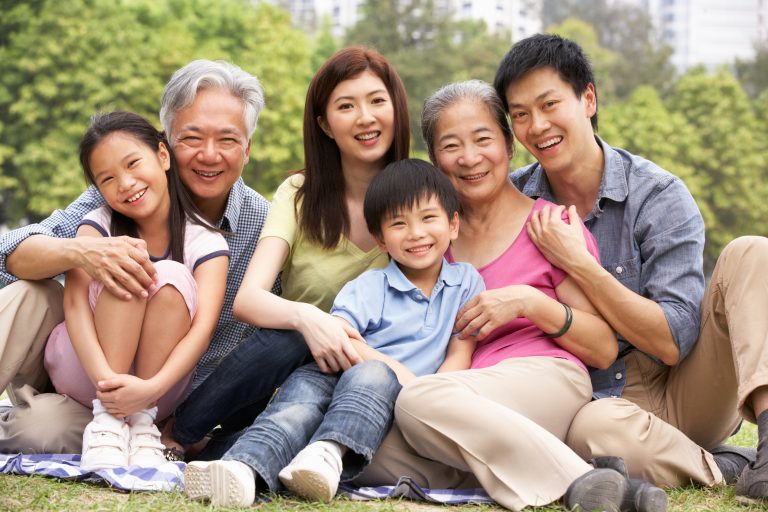 Your parents brought you into this world and gave you a life to live in this world. So be nice to them when they are alive. (Image: Monkey Business via Dreamstime)

Chinese names can be puzzling for those not familiar with the Chinese language and culture. In the Chinese language and culture, it’s common practice to start from big to small. For example, addresses will start from the country and move down to the house number, and names always start with the surname first. Therefore, someone named John Smith would be referred to as Smith John according to Chinese naming conventions.

Every Chinese name is made up of a surname 姓 and a given name 名. As an example, with the name Ai Wei Wei 艾未未, the surname 艾 (Ai) comes first, and the given (first) name 未未 (Wei Wei) last.

Children usually inherit their father’s surnames, though it’s also legally possible for children to take on their mother’s maiden surname. Although the character used in a surname has a meaning, it is mainly seen as an honor to the family of the father. Chinese given names are usually made up of two characters, although single character first names also exist.

The process of picking a given name for a newborn is taken seriously, as Chinese children’s given names are usually chosen by their parents, with the meaning being highly significant. While Western parents generally choose a common name, such as Mary or John, in China, the naming of a child is a creative process.

Traditionally, there are two considerations when choosing a given name. First, a name often expresses the parent’s emotions and hopes for the child. Secondly, most parents choose Chinese characters with meanings that they hope their children will embody. These can refer to compassion, justice, honesty, learned, and trustworthiness.

Chinese names for boys and girls

Often, parents will also pick characters with connotations that are perceived as being either masculine or feminine. For boys, this usually means characters that denote strength and might, and for girls characters that convey beauty and elegance.

The role of the Five Elements in choosing a Chinese name

In traditional Chinese families, the Five Elements (五行 wǔxíng) and their association may play a critical role in the characters chosen.

Given names are often chosen so siblings share identical elements in their names. In other words, they share one common character in their two character names. For example, four brothers may have the names 培仁 (Pei Ren), 培义 (Pei Yi), 培礼 (Pei Li), and 培信 (Pei Xin). For sisters, the names may be 秀云 (Xiu Yun), 秀玲 (Xiu Ling), 秀兰 (Xiu Lan), and 秀楣 (Xiu Mei).

Based on his or her natal chart, a child may have too much or too little of an element, and so a character that represents the missing element is often chosen to create balance.

For example, a child might “lack fire” (缺火, quē huǒ) in his or her birth chart and so his or her name might include an (always auspicious) character that includes a fire radical such as 杰 (jié), 荧 (yíng), 炫 (xuàn) or 炜 (wěi).

A good given Chinese name is critical to a person’s good fortune. In Chinese philosophy, the five elements play an integral role in the balance of life.

Tones and taboos of Chinese names

Chinese is a tonal language, therefore, it’s very important to consider how the characters sound together, especially when combined with the surname. Not only does the name need to have a pleasing sound, but due to a large number of Chinese homophones, wordplay can result in either auspicious or inauspicious meanings.

It is inappropriate to name a child after a famous person. In ancient times, this meant not using the same name as the emperor, but in modern times, that could mean avoiding using names linked to celebrities or any other well-known people. Failure to respect this taboo comes across as extremely immodest, so it’s best to choose a nondescript name.

In traditional Chinese culture, women retain their original surnames after marriage and the idea of taking your husband’s name is almost non-existent.

This is due to the influence of strong filial piety and patriarchal values in Chinese culture. Traditionally, women were identified by their fathers’ lineages. People today have the freedom to choose either parent’s last name, but it’s usually the father’s surname that’s passed on to the child.