Maintaining Mental Health During COVID-19 and Beyond 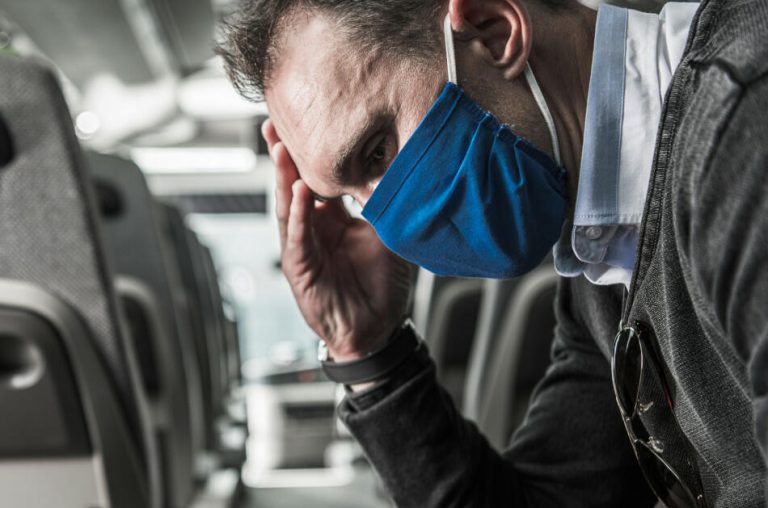 Fear and anxiety about COVID-19 was the practical response. (Image: Welcomina via Dreamstime)

Mental health is essential because it is a vital part of life and impacts thoughts, emotions, and behaviors. Mental well-being also includes psychological and social well-being. Mental well-being is vital throughout all stages of life, from childhood and adolescence to adulthood.

Mental health conditions can have a substantial effect on all aspects of life. Therefore, it is important because it affects everything.

In July 2021, the Mental Health Foundation published a report, Mental health in children and young people. They described how children’s emotional well-being is just as important as their physical health.

Good mental health assists children with developing the resilience to cope with what life may throw at them. Most children grow up healthy, but recent surveys suggest that more children and young people have issues with their mental well-being today than 30 years ago.

It is estimated that 1 in 5 people globally will be affected by mental or neurological disorders in their lives. The prevalence of Any Mental Illness (AMI) was highest among young adults aged between 18-25 years old, according to The National Institute of Mental Health (NIMH) report published in January 2021.

Research shows that: “Chronic Traumatic Encephalopathy (CTE) is a degenerative brain disease found in athletes, military veterans, and others with a history of repetitive brain trauma,” (Concussion Legacy Foundation). The Concussion Legacy Foundation has many stories of athletes and everyday people suffering head trauma who have subsequently experienced debilitating mental health issues related to a concussion injury of the brain.

Currently, mental well-being and substance use disorders affect approximately 13 percent of the world’s population. It is widely believed that the percentage will increase around the world following the COVID-19 pandemic. Isolation and general fears of infection are two of the significant factors contributing to a rise of anxiety and depression amid the pandemic.

In February 2021, Nature published an article by Alison Abbott on “Covid’s mental health toll: how scientists are tackling a surge in depression.” Researchers are using giant data sets to link changes in mental health to coronavirus-response measures.

Abbott wrote: “Researchers worldwide are investigating the causes and impacts of this stress, and some fear that the deterioration in mental health could linger long after the pandemic has subsided,” (Nature). Over 42 percent of those surveyed by the U.S. Census Bureau in December 2020 reported symptoms of anxiety or depression, an increase of 11 percent from the previous year.

By educating people on mental health challenges, the awareness increases the chances for early intervention. Mental health can now be viewed as an illness. The five main warning signs are paranoia, long-lasting sadness, extreme mood changes, social withdrawal, and dramatic eating and sleeping changes. However, it is treatable as most sufferers continue to function in their everyday lives.

Mental health treatments range from various psychotherapies, medication, and support groups. However, holistic therapies are shown to support good mental well-being. Treatments such as yoga, fitness, and meditation are said to have a positive impact, especially useful when combined as part of a holistic plan for maintaining good mental and physical health.

During the 2021 French Open tennis tournament, U.S. star Naomi Osaka canceled press obligations due to mental health issues. She stressed her social anxieties and how she had made attempts to communicate this within the organization. But astonishingly, she was still fined US$15,000 and threatened with suspension for not appearing at the press conference.

At the Tokyo 2021 Summer Olympics, one of the biggest stars of the Tokyo Games was left physically incapable of performing using the skills that had gained her a place on the pedestal, due to mental barriers. However, after taking some time to refresh, Gymnast Simone Biles went on to win her seventh Olympic medal for the U.S.

It is often asked if it is deemed acceptable to take a day off, citing mental health reasons. Why is this still a question when we are now living in times where a cough has the potential to see us isolated indoors? With such extreme measures globally being imposed due to COVID-19, much care needs to be taken regarding mental well-being.