Everything you Need to Know about Snail Mucin in Skincare 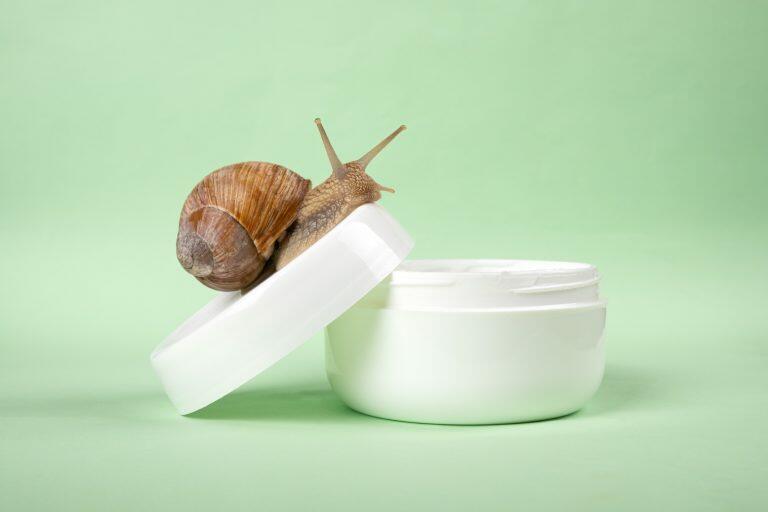 Plenty of natural herbs and plant extracts are being used by top skincare brands, including snail mucin. (Image: Fukume via Dreamstime)

The skincare industry thrives owing to the human desire to appear graceful and younger than the real age! In recent years, the trend of using natural extracts and herbs in the skincare sector has shot up. Plenty of natural herbs and plant extracts are being used by top skincare brands including snail mucin.

Snail mucin is an excretion from the snail. It can often be referred to as snail slime and may be labeled as snail secretion filtrate on ingredient lists. It’s made up of properties like glycoproteins, hyaluronic acid, and glycolic acid, all of which have long-documented benefits for the skin.

Using snail mucin in skincare may initially seem a bizarre idea. You may question how such slimy creatures can be used in making serums and creams to make you look beautiful and younger! However, skincare experts recommend snail mucin for its skin health-boosting abilities.

Its ingredients can be beneficial for skin health, say, dermatologists. The concept of using snail mucin for skin health boost started with the Chileans though the credit is often given to the Koreans.

What are the benefits?

Not much research has been done on the skin benefits of snail mucin until now. The mucin contains hyaluronic acid and has robust moisturizing properties. The glycolic acid gives a boost to collagen production and so your skin remains free of wrinkles and age lines. Besides, it makes your complexion radiant.

The other ingredients found in snail mucin are zinc and allantoin. The former has proven anti-inflammatory properties and the latter helps in reducing irritation. So, the skin becomes softer and radiant when you keep using it.

What are the drawbacks?

Are there any side effects of using snail mucin for skincare? While ample research does not exist on the subject, skincare experts think it is not harsh on the skin. If a user develops a skin allergy after using it they should immediately discontinue its usage. Applying it to a small area of skin is recommended to check suitability.

Buy it after careful analysis and comparison

The number of skincare products like serums and creams containing snail mucin is on the rise. Many Korean beauty brands are selling such products. Buying the right one can be a tad baffling. Experts say you should opt for a snail mucin product with ingredients like glycolic acid, vitamin C, retinol, and such hydrating ingredients. Most people with varying skin types can use such skincare products. Snail mucin is laden with nutrients that augment skin health such as vitamins A and E which serve as antioxidants.

To be on the safe side, check the ingredient list before buying any snail mucin product, no matter if you buy it from a store or online. You should also check out user reviews online prior to buying such products.

How it is obtained and used

One thing you have to remember is that snail mucin is not a vegan product. The extract is obtained from certain species of snails, including the Roman snail, giant African snail, and garden snail.

In the past, the snails were killed for extracting mucin but that is no longer the case. The net method and steam bath methods are deployed by skincare brands to obtain mucin from snails. The snails are usually kept in captivity to evade bacteria. The mucin is processed before being used to make lotions and creams.