3 Hongkongers Who Stand Firm for Freedom and Democracy 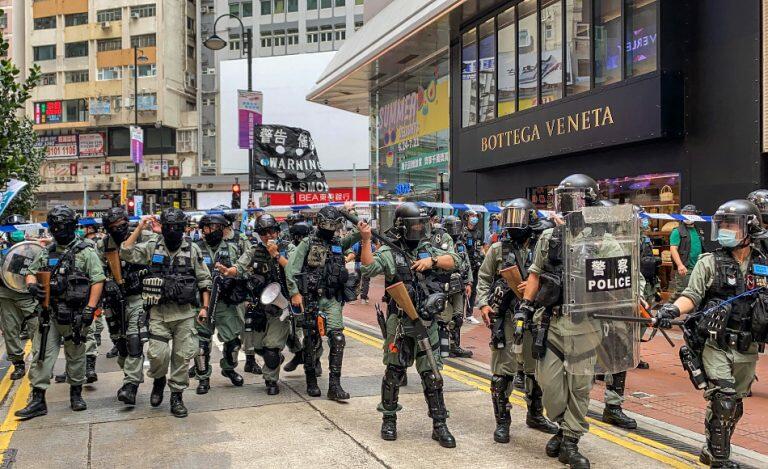 However, polls in Taiwan have shown that the residents do not want the island to be a part of China by a large margin, especially after China's crackdown on the Hong Kong people. (Image: Studio Incendo via Flickr)

On July 1, 2020, the Chinese Communist Party (CCP) imposed Hong Kong’s National Security Law, effectively eroding away freedom and democracy in the city over the last year. Hong Kong has rapidly transformed from a free, global financial hub into an authoritarian society.

In this trying situation, speaking up for freedom and democracy has become a nightmare for the people of Hong Kong, and as a result, many have either given up pursuing democracy, retreated from politics, or emigrated abroad.

However, three notable Hongkongers stand firm. They have maintained their positions and continue to fight for democracy and freedom in Hong Kong.

Three Hongkongers standing up for freedom and democracy

Herbert Chow, the 57-year-old owner of the renowned, high-end children’s clothing chain “Chickeeduck,” continues selling souvenirs and fashions related to Hong Kong’s democratic struggle, earning him the title of an “adversarial businessman” by the CCP.

But it’s not easy. On May 6, officers from the Department for Safeguarding National Security enclosed Chow’s store with yellow police tape, as they searched for any items that might violate Hong Kong’s National Security Law. Two of the store’s employees were so frightened that they immediately resigned.

According to a report by Now TV, Chow criticized the authorities for searching his store, saying it created a “climate of terror.”

According to the Hong Kong National Security Law, anyone caught colluding with foreign forces, subverting state power, or committing terrorism can be sentenced to a term of up to life imprisonment. What constitutes these acts is left to the interpretation of the CCP.

Chow, who has been an entrepreneur for more than 20 years, could choose to silently comply and go about running his business and making money. But instead, he’s choosing to show his love for Hong Kong by fighting for its freedom and democracy.

Chow called the authorities’ actions against him “ridiculous,” and said he will maintain his business as usual. He added: “In short, I am a law-abiding citizen and didn’t violate any laws. If they dare to move the security law’s red line, and vilify my selling the products as ‘inciting the crowds’, I will fight it to the end!”

Chung has noticed that the security law has led both reporters and interviewees to self-censor. As the red line of the authorities keeps narrowing, her job is becoming increasingly more difficult.

Chung said: “The interviewee may feel discouraged, thinking: ‘If this thing is too sensitive, should I not talk about it too much?’ The reporter will also think twice about what they are saying, and report on things more carefully.”

In June this year, authorities cited the pro-democracy newspaper Apple Daily for having the first suspected security law violation. As a result, many executives were arrested, company assets were frozen, and Apple Daily, a beacon of freedom and hope in Hong Kong, was forced to close.

Now, many media professionals are worried that they, too, will be convicted for their words. Chung said that although she sees many challenges ahead, she will continue reporting on the humanistic stories of the Hong Kong people.

In 2019, filmmaker Kiwi Chow faced similar challenges while producing a documentary about the anti-extradition movement.

Chow said: “Under the National Security Law, every industry is suffering difficulties, suppressed by fear, and shrouded in fear.”

All democratic protests and exhibitions have been banned in cinemas, colleges, and art galleries throughout Hong Kong. Authorities are enforcing film censorship on the grounds of national security.

Nevertheless, Chow decided to carry forward with the release of his documentary Revolution of Our Times.

For Chow, a video camera is a small world. While looking around and carefully recording every bit of the city, Chow said: “I have these abilities, and I have this position in society. With this position, I have responsibilities to society. I hope people will see that film professionals are not absent in this movement!”

Chow said that if he’s ever arrested, it will be because he is defending justice. He added: “So if you ask me whether I am afraid, I will say I feel very peaceful, because I have no fear.”

In the past few years, the Hong Kong people have shed blood, sweat, and tears, in exchange for escalating suppression.

The Hong Kong people still have a long way to go in fighting totalitarianism. We believe anyone who stands up against oppression in this era of authoritarianism is to be commended as a genuinely brave person.