Check Out These 6 Bizarre Moths 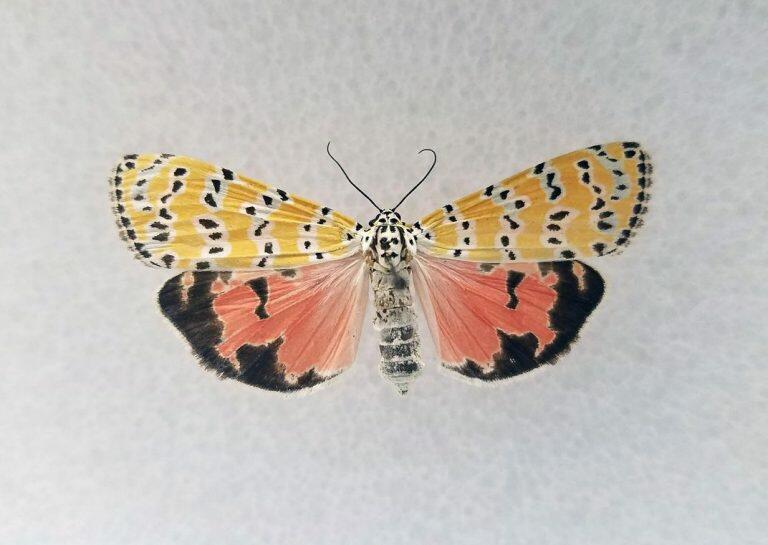 Bella moths live only about three weeks, but females mate an average of four to five times during their short lifetimes. (Image: via Smithsonian)

Moths often don’t get the love they deserve, but they’re fascinating and important creatures. Not only do they serve as food for many animals, including bats and birds, but they also pollinate plants. Moths are incredibly diverse — some have striking colors, while others are more subdued. Some have caterpillars that feed on leaves, while others feed on animal feces.

Not many people are fond of insects and those who do often prefer butterflies over other species. However, some moth species are also beautiful. They can be quite fascinating when you observe them closely! The color combination and appearance can be charming.

It is not just about looks alone. Just like bees and other incest, moths play a vital role in pollinating plants, especially flowers that bloom at night. They also have an important role in the ecosystem and serve as food for bats and birds. Moths are usually not harmful but some species are known for oozing chemical scents for defense or making loud noises.

Ways to attract moths and observe them

Those who are willing to learn about new species of moths can observe the amazing insects without much effort or expenditure, say, moth enthusiasts. All you need is to stay up at night and use a large cloth and a bright light. The light will attract a lot of moth species and they can be photographed then. Using black light can be also useful in this regard. More moths gather during the warm nights though on colder nights a few venture out.

6 of the coolest and most unusual moths

Utetheisa ornatrix, or the Bella moth, has a very short lifespan. They live for just 3 weeks. However, the females mate four or 5 times during this period. Its bright colors help keep some predators away. Some of these moths are seen in the daytime also. They are seen in abundance in South and North America.

Vampire moths are named for their ability to suck the blood of various mammals. While they usually feed on fruit, the males can suck blood from vertebrates. They do it to obtain sodium. They are seen mostly in Asian and European nations. There is a species called Hemiceratoides hieroglyphica that drinks bird tears. They target sleeping birds.

This moth species, including Acherontia atropos or African Death’s-head hawkmoth, was made popular by the movie Silence of the Lambs. The moth has a specific skull-shaped thorax. These moths make use of chemical camouflage and mimic the aroma of bees to get into hives minus problems. The sturdy mouthparts help them pierce wax cells and drink honey. Seen mostly in Africa and Europe, these moths generate a squeaking noise for defense.

Luna moths, also called Actias luna, are seen at night mostly and they like bright light sources. The fuzzy white bodies, bright green color, and comb-like antennae give them a typical fairytale look. Adult luna moths live just for one week and they survive without eating. They live mostly to reproduce. They are mostly seen in North America.

The oleander hawk-moth, or Daphnis nerii, is a large-sized moth and is known for its good flying ability. It is often mistaken for a hummingbird when it hovers around or over flowers. The color pattern on its body is intricate and helps it hide from predators amidst the greenery quite easily.

There are many other visually enticing moth species, too. Examples include the giant leopard moth with white wings and black splotches, and the wavy-lined emerald moth with soft green wings. The rosy maple moth with its lovely candy pink hue may remind you of a teddy bear.