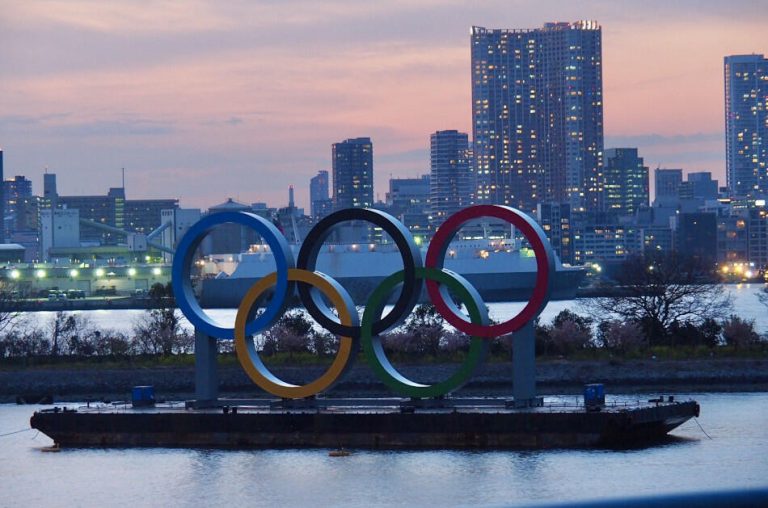 The Olympics is not only about the medals, it is also about celebrating the spirit of humanity. (Image: via Dreamstime.com © Aleksandra Watanuki)

There is something special about the Olympic Games. Every country participating in them feels proud when their athletes bring home a medal. But the Olympics is not only about the medals, it is also about celebrating the spirit of humanity. The Tokyo Olympics made headlines for various reasons. The Olympics was delayed owing to the pandemic, but that has not deterred the participating countries and athletes from soaking in the true Olympic spirit by exhibiting numerous inspiring Olympic Games moments.

1. Oksana Chusovitina of Uzbekistan: Age is just a number

If you thought the Olympic Games were meant only for players and athletes in their 20s and 30s, 46-year-old gymnast Oksana Chusovitina was there to prove you wrong! The eight-time Olympic gymnast represented her country, Uzbekistan, in the Tokyo Olympics. Participating in her 8th Olympic Games was no mean feat. Chusovitina lost her final spot, but still received a standing ovation from all participating athletes at the venue. Starting from the Barcelona Olympics of 1992, she has competed at the Olympic Games for more than 2 decades.

The Aussies have been making great strides in the Tokyo Olympics. Jess Fox finally bagged the elusive gold medal for the canoe slalom and she deserves every bit of the attention and fan’s love she received. However, the same kind of love and appreciation should also be given to Jian Fang Lay. This was her sixth consecutive Olympic Games. The 48-year-old table tennis player may not have bagged any medals, but the dedication and zeal exhibited by her were marvelous.

The performance of 4 Australian women swimmers in the 4 x 100-meter freestyle relay final was simply incredible. The team effort they put in resulted in the gold medal win. The way these 4 women celebrated their victory and each other was truly heartwarming.

4. Gianmarco Tamberi from Italy and Mutaz Barshim of Qatar: Sharing the gold

Gianmarco Tamberi and Mutaz Barshim tied for first place in the men’s high jump and were offered the chance to have a jump-off to settle who would get the gold. Barshim asked if they could share the medal instead. After the officials determined it was allowed and Tamberi agreed, the two athletes went wild, celebrating around the track.

5. Hidilyn Diaz: Philippines’ claim to fame in the Tokyo Olympics

The Philippines is hardly the country you think of when talking about an Olympic medal win. The sprawling archipelago however registered in the list of Olympic medal-winning countries owing to the achievements of Hidilyn Diaz. She became the first-ever Philippine athlete to win a gold medal in the Olympics. She also set a new record in the women’s 55kg category for weightlifting. She trained hard in Malaysia for 18 months and it sure paid off!

As a child, Rebeca Andrade would spend two hours walking from her home in the slums of São Paulo to a gym that was funded by a social project. She was dedicated to training and her talent was never a question. But being one of eight children being cared for by a mother who worked as a maid, having enough food to eat was never a sure thing. Despite the challenges in her childhood, Andrade persevered to become the first Brazilian woman to medal in gymnastics, winning both a silver and a gold at the Tokyo Olympics.

7. Sifan Hassan from the Netherlands: Gets up after falling down

It was the 1,500-meter qualifying race, the final lap, when the runner in front of her suddenly fell, bringing her to the ground, too. She had 11 runners in front of her and a big gap to make up, but she got herself up and just started running again. One by one, she overtook them and won the heat. She inspired us by pulling off the nearly impossible and going on to win the bronze in the final.