Journalism: Is It All Due to Change? 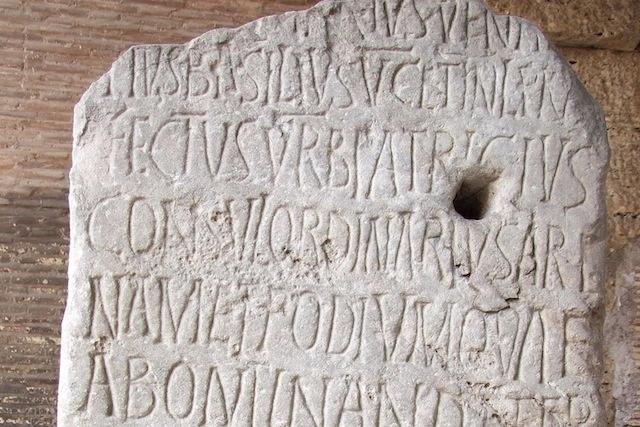 The Acta Diurna, sometimes translated as Daily Public Records, were daily Roman official notices. They were usually carved on stone or metal and were presented in message boards in public places such as the Forum of Rome. (Image: via Public Domain)

The word journalism comes from the French journal, which comes from the Latin diurnal. The Acta Diurna was the world’s first newspaper and was available daily in ancient Rome. It is believed that this originates from before 59 BCE.

Journalism can be referred to as the “first draft of history.” Journalism to historians is crucial because it provides windows to the past. It tells us what people were doing, thinking, and saying at various times in the past.

The functions of journalism

To provide readers with the information to enable them to forge their own opinions. In addition, the political function encourages the reader to participate in national, local, or community matters.

Digital media usage has increased over the years, providing constant coverage and up-to-date bulletins regarding global politics and campaigns.

To provide economic information and news stories to assist the reader with understanding what is happening in their own country or state and worldwide. Economic journalism is a type of journalism that analyses and interprets changes in the economic conditions of society.

It is the responsibility of the media to keep the public informed of any current problems, as well as any that may be upcoming. Therefore, the press must report on daily occurrences and anything that may (or is) due to occur.

The media should reflect an accurate record of local, national, and global news. It is the responsibility of a journalist to record what is happening.

Entertainment is a form of activity that holds the audience’s attention or provides them with pleasure. Media fuels the delight of the readers by amusing them. Newspapers and magazines, radio, and television provide entertainment through journalism.

The social role in journalism is vital to maintaining a balanced network of information for the community.

The press provides the forum in which all sorts of ideas are presented. The forum, in turn, becomes the marketplace of ideas. Of course, the audience requires information, but it is also the journalist’s responsibility to provide necessary distractions.

Types and principles of journalism

Whether it be reporting and writing for newspapers or magazines or posting for websites online, journalism is the link that provides insight into what is occurring globally every day, and it must provide the public with credible news and information.

For the most part, journalists abide by the principles of journalism:

Although journalists cannot always guarantee “whole truths,” getting the facts right is the cardinal principle of all.

Journalists conduct thorough research into their reporting, and more often than not, provide reliable content. Their writing assists the reader with understanding complex issues while also presenting any sides that may correspond with matters reported. The main objective is for the audience to have facts, regardless of their views or opinions on what is being reported.

Journalism is increasingly under threat by politicians and governments

In July 2021, The Guardian published How a Proposed Secrecy Law Would Recast Journalism as Spying. It was a report conducted by Duncan Campbell regarding current Home Office plans, backed by Home Secretary Priti Patel, and attempts to remove the public interest defense for whistleblowing, potentially placing reporters in jail for lengthy prison sentences.

The proposed new secrecy laws would deter sources, editors, and reporters, making them potentially subject to uncontrolled official bans not approved by a court, with the risk of severe punishment if found not compliant. Scary times indeed for journalism and the right to demonstrate freedom of speech.

Founded in May 2009, 38 Degrees is a non-profit political-activism organization. At the time of writing, their petition “Embarrassing the government should not be a crime” has amassed over 112,500 signatures. My main concern is how loosely the term ’embarrassing’ could potentially be used in the not-so-distant future. What will this say for the freedom of speech this generation has become so accustomed to? Is this truly the beginning of the end for democracy?

In April 2021, Statista published an article entitled Number of journalists Killed Worldwide Between 1995-2020. In 2020, 50 journalists were killed worldwide for their profession, and in the last decade, the overall figures remained above 50.

However, it would serve as a reminder to reconsider these figures when factoring in other areas, such as suppressing information, including the murder or kidnapping of a victim due to their profession.

Though it may be exciting or entertaining, the principal value of news is as a utility to empower the informed. However, what happens when the empowered become the suppressors over the informed?