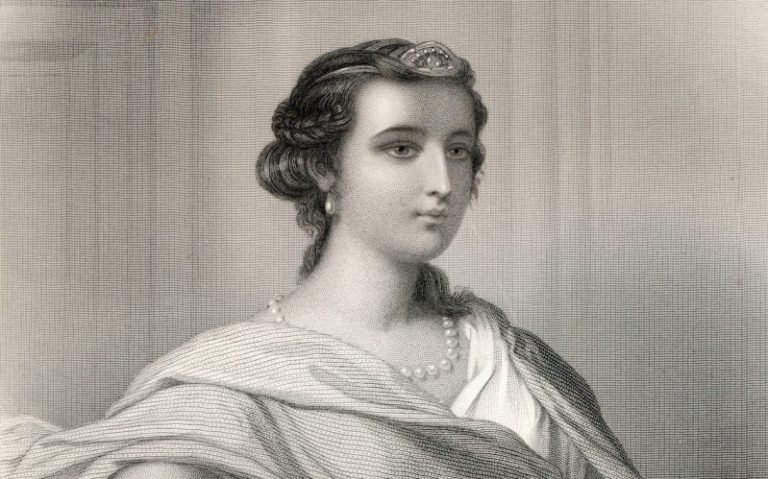 Aspasia of Miletus by Francis Holl. (Image: Library of Congress)

A majority of people, when asked about noted philosophers, will draw references to scholarly philosophers like Aristotle and Socrates; however, very few are aware of any female philosophers.

Below, you’ll find 6 inspiring, quotable, and prolific female philosophers to add to your reading list, but the list goes on. If this is a topic you want to learn more about, start with PhilPeople’s Find A Philosopher tool to help expand your thinking.

By viewing the world through the lenses of these six women, we can learn more about who we are, what we are doing, and perhaps most importantly, why we are.

Some of history’s inspiring female philosophers

Athens is known for producing some of the great warriors and learned souls in the history of mankind. Aspasia of Miletus, who was active during 400 BCE, was a very famous woman. She used to be the mistress of Pericles. Aspasia was known for her amazing beauty, but that was not the only enticing thing about her. Her mind was also captivating. Not without reason, a maestro like Socrates regarded Aspasia as his teacher.

Sosipatra was among the rare female philosophers who somehow managed to strike a balance between family life and a teaching career. She rose to prominence around the 4th century CE. She shone as a teacher, with proficiency in the Neoplatonic tradition. With her spouse Eustathius, she became one of the torch bearers of philosophy in that period. However, Eustathius wrote in his biography that the fame of his wife far outshined him and even students liked her teaching method better.

Macrina the Younger was born in a Christian family in Cappadocia and she was raised in an environment of education and culture. She played a major role in carrying forward her family traditions and found a lot of disciples who admired her knowledge and prowess. Gregory of Nyssa, her brother, described her wisdom in the biography titled Life of Macrina. Her fame as a philosopher spread further after the publication of On the Soul and Resurrection — a philosophical dialogue.

She was active around 100 CE and served as a priestess at Delphi. Clea became a political and intellectual persona to look up to. She was involved with Delphi’s political-religious system, but her focus was mostly on philosophy. She had in-depth philosophical conversations with Plutarch, the noted intellectual of that time. The latter was inspired by her and created works on themes like religious history, death, and virtue.

She is a classic example of how mundane, middle-class women can rise to prominence using their quest for truth and knowledge. Thecla was preparing for a domestic life much like women of her times did. However, it was the preaching of Paul that inspired her to polish her grey cells and thus she embarked on an intellectual journey that catapulted her into a distinct league. She became a follower of Paul while resisting the traps and risks on her way. She became a teacher and many other women were inspired by her example to pursue the path of philosophy. Methodius of Olympus glorified Thecla by publishing an illustrious philosophical dialogue on women.

Hypatia was a noted Neoplatonic teacher known for her remarkable prowess in subjects like astronomy and mathematics. History, however, focuses more on her tragic and untimely demise caused by the attack of a violent Christian mob. The letters of her students like Synesius, the Christian bishop, reflect her deep knowledge of philosophy. She also worked on the astronomical commentary of her father Theon.

These 6 female philosophers shone in an ancient era when women were mostly confined to domestic chores and they all overcame many obstacles in their way. It was their thirst for knowledge and truth that helped these women become brilliant and remarkable personalities amidst mediocrity. They serve as sources of inspiration for women who face hurdles to get their voices heard and have to battle the shadow of the established order.