Dreams: Do They Mean More? 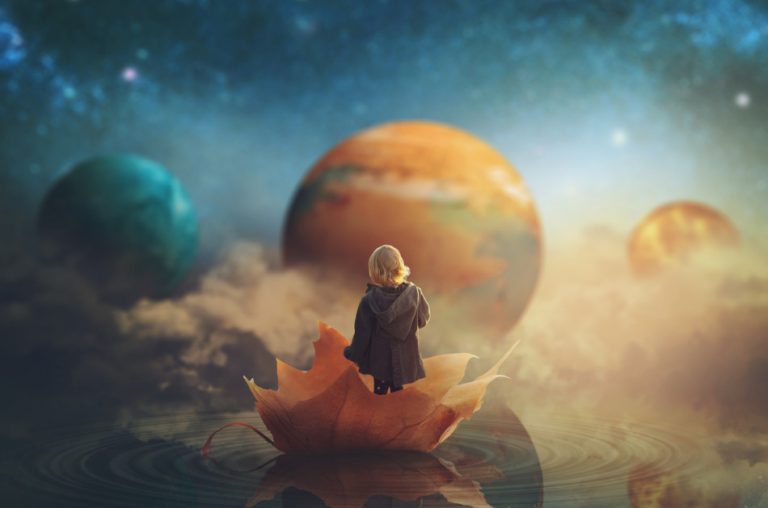 During a typical lifespan, a person can spend a total of six years dreaming. (Image: Hiddencatch via Dreamstime)

Dreaming occurs during the Rapid Eye Movement (REM) cycle of sleep. During this period, your eyes move quickly around in different directions. REM sleep usually occurs approximately 90 minutes after falling asleep. As the brain is also more active during this time, dreams can range from mild to intense.

It is said that a dream is a succession of images, ideas, emotions, and sensations that usually occur involuntarily in the mind during certain stages of sleep. During a typical lifespan, a person can spend a total of six years dreaming. However, most last only 5 to 20 minutes.

The rarest type of dream is lucid dreaming. Lucid dreaming is when the dreamer becomes aware during their sleep that they are, in fact, dreaming. However, studies have shown that at least 55 percent of people experience this state at least once in their lives. The most common type of dream experience is falling. Experts believe that 95 percent of these become fleeting memories once we wake up.

In Hawaii, the word “dream” translates as “soul sleep.” Hawaiians were firm believers that people were able to communicate with ancestors and gods while sleeping. Likewise, the Greeks and Romans were convinced that dreams could predict the future. Ancient Egyptians also considered them an essential factor in life.

A precognitive dream is a dream that seemingly includes knowledge about future happenings that cannot be inferred from information that is already available to the individual.

In November 2019, Psychology Today published an article written by Dream Catcher, Patrick McNamara Ph.D., called On The Reality Of Precognitive Dreams. McNamara writes about the typical explanation for precognitive dreams being due to coincidence or the law of large numbers. According to him, given sufficiently large numbers of opportunities for dream images to match some future images or events, those matches will occasionally occur. While coincidence can indeed explain some precognitive dreams, it cannot explain most of them. These are not rare events. They happen all the time to most people. When matches are occurring on a reliable basis, it is no mere coincidence.

Precognitive dreams and the sensation of déjà vu are often confused and used interchangeably. Déjà vu is the French phrase for something “already seen.” It is the feeling experienced when a current situation appears to have already been encountered previously in life.

The scientific approach toward déjà vu is simply that an anomaly of memories occurs in the individual’s mind. Estimates suggest that 60 to 70 percent of people have experienced déjà vu at least once in their lives. It is believed that the sensation occurs more often between the ages of 15 and 25 years.

Dream analysis is a therapeutic technique best known for its use in psychoanalysis. Their interpretation is the process of assigning meaning to a dream. The theory states that they don’t mean anything. Despite this, people have been questioning their meaning for centuries.

Renowned psychologist Sigmund Freud believed that dreams are images of a wish or impulse we have repressed in our lives since childhood. As a result, Freud conducted studies seeking further insight into them and understanding the unconscious mind.

In August 2015, Mental Floss published the article 25 Fascinating Facts About Dreams. According to a 1996 study in which people reported on their dreams, between 60 and 75 percent of adults have recurring ones, and women are more likely to dream than men. Interestingly, the most commonly reported feeling from them is anxiety.

Lately, I have been feeling like I’m on auto-pilot. Between my writing, my part-time job, and running a household with two children below the age of 10, it can be easy to forget to press the invisible pause button in life. However, there has been something catching my attention recently — my dreams.

Since childhood, I can remember a large portion of my dreams when having just experienced them. I have found myself having the same recurring dream of missing a flight or a bus to a destination. I enjoy attempting to interpret them, so I sought further clarity on why they, in particular, might be standing out to me while I am awake.

Analysts say that dreaming of missing a flight, a train, or a bus is connected to our inside feelings. Such dreams can reflect feelings of regret about actual occasions or people you’ve lost. It is possible to find yourself dreaming of missing these different forms of transport because you are afraid you might miss an important and beneficial opportunity. It is understood that being overwhelmed in real-time causes us to lose the concept of time in our “dream world.”

Having lost two relatives in under a year and recently becoming increasingly busy in my work and personal life, I find it fascinating that my dreams reflect what is happening around me. It has always caught my attention whenever I have found myself dreaming the same thing over short periods. From here on in, I’ll be sure to ask specific questions regarding my everyday goings-on in life in an attempt to answer what these may be trying to tell me while I am asleep.