Family Ties: Everlasting Relationship of a Sister and Brother 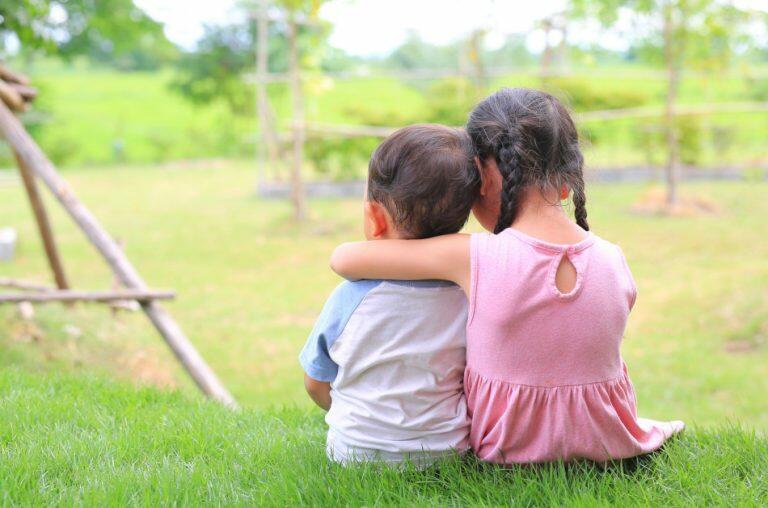 If there is one everlasting relationship in this world, it is that between a sister and her brother. (Image: Golfxx via Dreamstime)

If there is one everlasting relationship in this world, it is the relationship I have with my younger brother. We grew up on a farm in a remote village. One time, I stole 50 cents from my Dad’s drawer to buy a flowery handkerchief. My father realized the money was missing on the same day.

So the two of us had to kneel down by the wall while my father had a bamboo stick in his hand; he wanted us to confess, but we said nothing. My father was angry that we did not admit to the mistake, he told us that we would both be punished. As he raised his bamboo stick, my brother grabbed his hand and said:

My brother was accepted into a major high school and I was accepted by a provincial college. My father squatted outside in the yard later that night, smoking his pipe and murmuring: “Those kids are really something!” Our mother wiped tears from her face and said: “What good will it do? We can’t afford the tuition!” My brother told my father: “I don’t want to go to high school, I’ve had enough of that.” Dad slapped him across the face, telling him: “You are such a disappointment!” Then he went out to borrow money for the tuition fees.

I had already decided not to go to university because a boy with no education can’t leave the village. I woke up the next morning to find my brother had gone in the night, leaving this note for me: “Sis, don’t worry, it’s very hard to get into university. I’ll go to work so you can study.” I held that note and cried. My brother was 17 and I was 20 then.

One day in my junior year, a classmate came to me and said that I had a visitor from my village. I went out and saw my brother, dressed in his work clothes and covered in cement dust. I asked him: “Why didn’t you say you were my brother?” He said with a laugh: “Everyone would laugh at you with me dressed like this.” With tears pouring down my face, I said:

“You are my brother, no matter how you dress and I don’t care what anyone else thinks.”

He took out a butterfly hairpin wrapped in a handkerchief and pinned it into my hair, telling me that all the girls in the city were wearing them so he bought one for me. I hugged him tight and cried. He was 20 and I was 23 that year.

The first time I brought my boyfriend home, I found the house was spotless and all the old repair jobs had been done, including a windowpane that had been broken for years. After my boyfriend left, I said to my mother: “You did a really good job on cleaning the house.” My mother smiled and said: “That was your brother who came home early and did it; look at the cuts he got from fixing the window.” I walked into my brother’s room, and his thin face made me sad. He laughingly said: “Your friend is from the university, and we can’t have him laughing at us.” I turned my face away and cried. He was 23 and I was 26 that year.

My husband and I moved to the city after we were married. We asked my parents to come and live with us many times, but they always refused, saying that they wouldn’t know what to do if they left the village. My brother also objected, saying: “Sis, you take care of your in-laws and I’ll look after our parents here.” When my husband was promoted to the position of the factory manager, I asked him to consider bringing my brother in as the manager of the repair department. My brother refused this offer as well, remaining a repairman.

My brother was injured on the job, and my husband and I went to visit him in the hospital. I looked at the cast on his leg and complained to him: “You could have been a manager, but you refused. Look what has happened to you!” My brother replied seriously: “Have you ever thought of your husband? He had just been promoted and I have no education. How could I be in charge? What would others think?” My husband was moved to tears and I cried:

“Your lack of education is because of the sacrifices you made for me!”

My brother held my hand and said: “It’s in the past so why mention it?” He was twenty-six and I was twenty-nine that year.

My brother married a nice village girl a year later. During the wedding ceremony, when he was asked who he respected the most, he answered with no hesitation: “My sister.” He went on to tell a story that I had no memory of. He said: “One day on our long walk to school, I lost one of my gloves and my sister gave me one of hers. By the time we got home that night, her hand was so frozen that she could not even hold her chopsticks. From that day on, I promised that I would be good to my sister for the rest of my life.” Everyone turned to me and applauded. I said: “I am most grateful to my brother, for he has kept his promise all of our lives.”