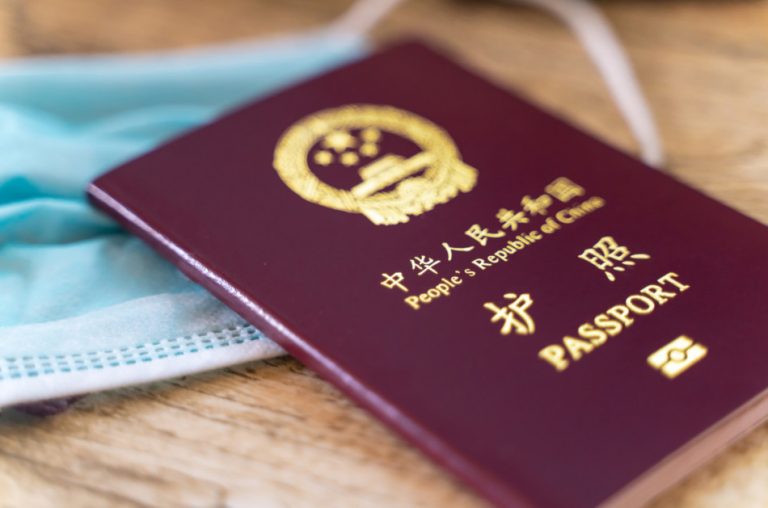 The Chinese regime is only allowing passport renewals for citizens with 'emergency' or 'essential' reasons for travel. (Image: 云兰 曾 via Dreamstime)

China halted issuing new passports to its citizens, claiming the move has become necessary to curb the rising cases of the Delta variant of COVID-19. Political analysts, however, believe the real goal is to curb the freedom of movement of China’s population and that the Chinese Communist Party (CCP) is merely using the pandemic as an excuse.

Chen Jie, the spokesman for China’s National Immigration Administration, made the announcement at a news conference on July 30, stating that a strict approval system was to be implemented “with no permits for non-emergency or non-essential trips out of China, to ensure public safety during the pandemic.” (RFA)

However, China halted issuing new passports to its citizens months ago. In April, a mainland citizen posted on the Chinese social networking site Douban that he tried to update his passport so he could manage the overseas business for some of his foreign clients, but he couldn’t get the visa approved.

In June, a month before China even announced the passport ban, The Wall Street Journal reported that the Chinese regime had made an internal decision to keep cross-border restrictions in place for another year. “The cautious attitude is being driven by a pair of events that officials are eager to have go off without a hitch next year: the Winter Olympics in February and a once-a-decade power transition within the ruling Chinese Communist Party toward the end of the year.” (The Wall Street Journal)

While Chinese immigration officials have stated that passports will still be issued for “emergency” and “essential” travel, they have offered no specific definitions as to what would qualify, and passport applications have been denied to people who have applied for a variety of reasons, including one Chinese national living in the U.S. who returned to China to have his passport renewed. His application was rejected even though his wife, living in the U.S., had just given birth to a child.

China halted issuing new passports even to Chinese nationals overseas. Chinese nationals are being denied new passports when going to the Chinese consulate in Los Angeles in order to have their passports renewed. Zhang Shengqi, a businessman based in the U.S., told RFA: “There are a few people here whose passports have now expired, yet [the consulate] are saying that none of these applications are urgent. They are refusing to renew them.”

According to Chinese current affairs commentator Fang Yuan, these restrictions may have something to do with the pandemic, but this probably isn’t the main reason for them. “I think we can look at these new entry and exit restrictions in the context of the crackdown on Chinese companies listing in the U.S. These choices are being made in line with the [Sino-U.S.] trade war.” (RFA)

Teng Biao, a U.S.-based legal scholar, said that the Chinese Immigration Bureau’s actions violate China’s constitution, passport laws, and immigration legislation that protects the basic rights of Chinese citizens and grants them the freedom to enter or leave China at will. But CCP authorities are infamous for ignoring legalities and simply implementing whatever rules they wish.

Teng believes that the pandemic is being used as a pretext. He believes China halted issuing new passports to clamp down on citizens, restrict their movement, and prevent Western ideology from influencing them.