Good Habits Affect the Outcome of Your Life 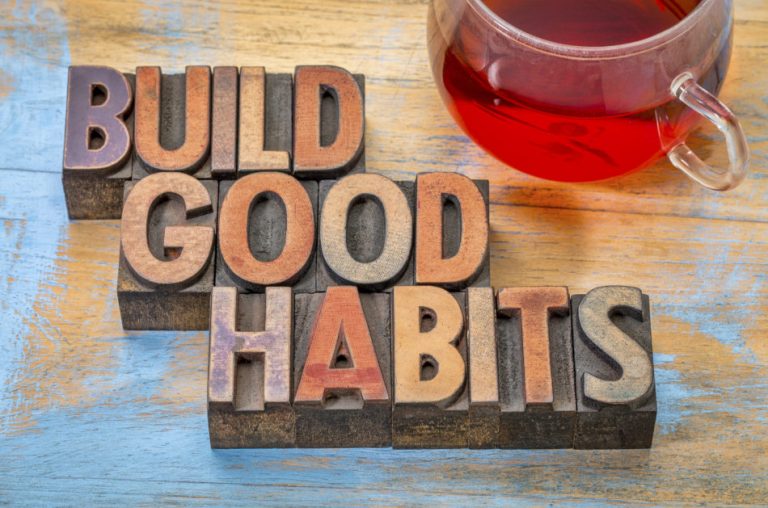 When habits are rooted in your heart, they will eventually affect your life and destiny. (Image: Marek Uliasz via Dreamstime)

Over a period of time, what you do becomes habitual. Once these habits are rooted in your heart, they will eventually affect your life and destiny. That’s why developing good habits is so important.

Firstly, good habits let you have a productive life

Noted Chinese scholar Yan Zhitui, who lived during the period of the Northern and Southern Dynasties, said: “Those who are idle will become lazy, and those who are lazy will become ill.” If you like to loaf and waste time, you will gradually become a lazy person; slowly, you will become a hospital patient. Laziness contributes to diseases that are hard to cure, since the treatments often don’t address the root cause: laziness.

Compare this to the type of life in which you get used to going to bed early and waking up early, developing diligence, and becoming a hardworking person. You spend your time reading, exercising, practicing martial arts, and learning new skills. You enjoy a life in which you reap the fruits of your labors.

Since ancient times, stories of people with good habits have been well-known. Throughout the generations, sages and philosophers have all admonished us to regard good habits as the most wonderful thing, bringing beauty and brilliance to our lives.

Moved by curiosity, he set out to climb the mountain to reach the temple. On his way up the mountain, he felt a chill and came to the realization that temperatures are lower at high altitudes in the spring, which accounted for the discrepancy.

People with good habits who have regular work and rest, who have a plan for their lives, who take action with a goal in mind, who can persevere — these people live their lives with new discoveries at all times, with new wisdom to be found everywhere around them!

Thirdly, good habits are the ladder to success

Ancient sages told us: Frugality, reflection, and good habits are the etiquette that we should learn, as they accompany us along the way to growth. Only when we let good habits accompany us can we bring amazing strength from within to move forward toward the bright scenes of the future.

Fan Zhongyan, a famous literary scholar and politician in the Northern Song Dynasty, lost his father when he was young and his family was poor. During his studies, he made rice porridge, froze it, and divided it into four pieces. He would only eat a portion twice a day with a few pickled vegetables.

When one of his well-off fellow students brought him food, Fan Zhongyan did not eat it for a long time, and when asked by his fellow students, he replied: “I am used to just a little rice porridge every day, and I am afraid if I eat this food all at once, my stomach will come to expect more food, but by then I will have nothing left but the rice porridge.”

His self-discipline and habit of hard work made his fellow students admire him even more, and with tenacity and perseverance, Fan Zhongyan became an outstanding politician and literary scholar.

At the same time, he was so well-read in military strategy from many books of military wisdom that when he was guarding the border, even the opposing army praised him, saying: “He seemed to have tens of thousands of armored soldiers in his heart.”

Good habits established in his early years allowed Fan Zhongyan to gradually form an excellent character and personality. With these, he not only strengthened himself, but he also became admired by future generations.

Fourth, excellence is not an action, but a habit

With good habits, walking on the road of life, one will not be afraid of any difficulties or obstacles.

Perhaps, at the moment, with the books you read, the things you do, and the various good habits you develop, you cannot see any value or the assistance it provides you in the short term. But in the process of your growth, these good habits will be engraved in your heart and stamped onto your life.

Insisting on cultivating all your good habits is like preparing yourself with all the necessary tools you can use to move forward, overcome obstacles, and become worry-free. Therefore, excellence is not an action, but a habit.