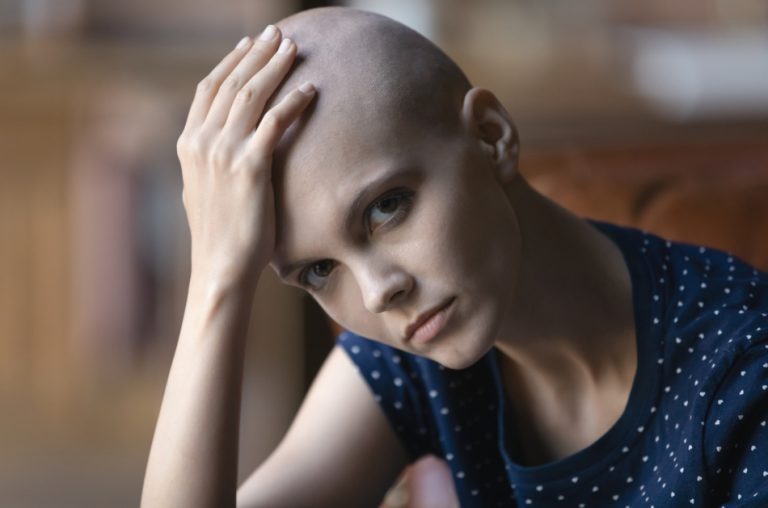 Early detection and early treatment of cancer can mean the difference between a poor prognosis and a good prognosis. (Image: Fizkes via Dreamstime)

Receiving a diagnosis of cancer is never easy. To make matters worse, various types of cancer are often found to be at an advanced stage by the time they’re diagnosed. One reason for this is that the early warning signs of cancer are often not obvious. Another reason is that people frequently ignore the early signals sent by the body that something is wrong.

Both early detection and early treatment of cancer can mean the difference between a poor prognosis and a good prognosis.

Some of the potential early warning signs of cancer

Typically a fever isn’t a bad thing; rather, it’s a self-protective mechanism used by the body to combat bacteria, viruses, and other pathogens. However, if a fever hasn’t resolved after conventional treatment, it could be a warning sign of other types of disease. Many cancers, for example, affect the immune system, and to fight against this problem, the body may exhibit a persistent fever as an indicator that something isn’t right.

In today’s hectic world, fatigue is not uncommon. It’s usually a reflection of our lifestyle, poor nutrition, or lack of sleep.

But fatigue can also manifest as an early sign of cancer. However, the fatigue caused by cancer is different from the fatigue caused by your work and lifestyle; it is fatigue that is often not resolved by rest. If the body suffers from persistent fatigue, especially after resting, it’s a good idea to see your doctor to help uncover the reason. While other illnesses can cause persistent fatigue, cancer may be one possible diagnosis your doctor will want to rule out.

Coughing is something almost everyone will experience at some point. Coughing is typically harmless enough, being triggered by everything from an irritation in the throat to seasonal allergies. But if a cough persists for a long period of time, an evaluation by your doctor is a good idea.

That’s because some lung cancers can present as a persistent, chronic cough, so in situations where a cough lasts more than two weeks, your doctor may want to obtain a chest X-ray to make sure there is nothing more serious going on. In some cases, a person may even experience hemoptysis, or coughing up blood, in which case they should follow up with their doctor right away.

Indigestion is a very common gastrointestinal symptom that many people experience. But persistent indigestion, heartburn, and bloating that’s not relieved after taking medicine could be an early warning sign of cancer, particularly if accompanied by a loss of appetite and weight loss.

A persistent sense of fullness or bloating could be an early warning sign of ovarian cancer in women. Other potential symptoms include difficulty eating, a sensation of pressure, and gastrointestinal discomfort. If these symptoms persist for more than several weeks, you should follow up with your doctor for evaluation. Ovarian cancer is quite insidious. With only vague symptoms, if any at all, paying attention to any potential signs from your body is important.

6. Blood in the stool

Blood in the stool, though unsettling, may be caused by something fairly benign, like hemorrhoids. However, it could also signal something more serious, such as colorectal cancer.

Another cause can be polyps in the colon, so for those with a history of polyps, particularly if they were pre-cancerous, it’s important to have regular colonoscopies, per the directive of your doctor.

Whether you see obvious blood in your urine, or an orange tinge that could be very small amounts of blood, it’s important to follow up with your doctor, even in the absence of discomfort or pain.

While breast cancer is often only discovered by mammograms without any obvious signs, there are times when obvious signs appear. For example, new lumps or irregular tissue in the breast can signal cancer. An inverted nipple or nipple discharge can also be a sign of breast cancer and should be discussed with your doctor.

While it’s important to not assume the worst if you experience any of these symptoms, it’s also important to pay attention to the signals your body may send. Any new symptoms that develop and persist despite treatment warrant further investigation by your doctor.

Translated by Patty Zhang and edited by T. Denning