Natural, but at What Cost? 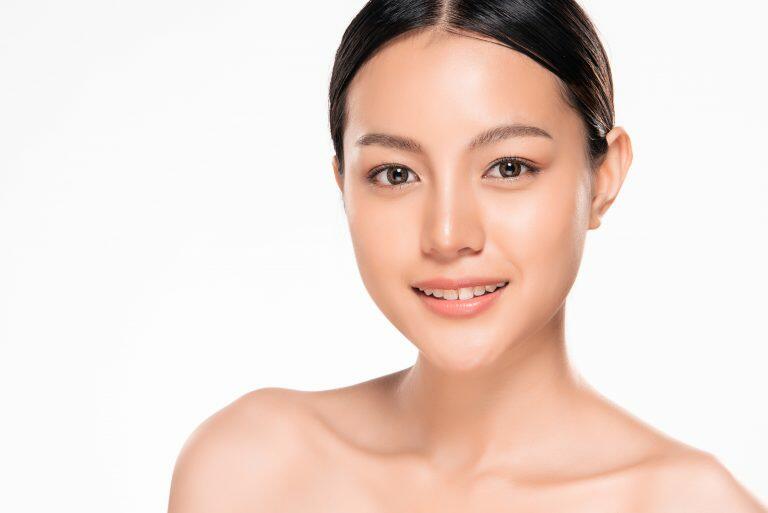 To describe something as 'natural' is to recognize that it exists or is derived from nature. (Image: Kitthanes Ratanasira Anan via Dreamstime)

To describe something as “natural” is to recognize that it exists or is derived from nature. Something natural has not been created or caused by humankind.

The “natural look” was a trend in the 1970s. It emphasized a natural appearance through hair, clothing, makeup, and accessories. The 1970s also marked the return of the “natural brow” (eyebrow) as the hippie movement took flight.

The ancient Greeks emphasized purity, reflected in the beauty rituals carried out by their women. In those times, a unibrow was an attractive trait! Roman women with unibrows were also listed as the “most desirable,” as it was considered a sign of intelligence.

I recently searched for the “100 people who changed the world.” There were some women on the list who stood out to me. These included Princess Diana, based on her humanitarian works. Eva Peron, First Lady of Argentina between 1946-1952, inspired millions with her campaigns to help the poor and allow women the right to vote. Finally, Eleanor Roosevelt assisted with drafting the UN human rights declaration. All three women were naturally beautiful and fiercely intelligent. However, they were powerful for reasons far beyond their exterior frames.

In modern times, social media platforms are rife with “influencers.” An influencer is somebody who has the power to affect others’ lifestyle choices and purchase decisions. Due to their popularity, position, and relationship with their audience, influencers in social media have built reputations for their expertise on specific topics. Yet, despite popular views, influencers don’t just spend their time online posting “selfies”; they create posts regularly on topics of interest and are generally able to generate large followings.

Seemingly harmless, Huda Kattan has built her beauty empire through tutorials and guidance on applying makeup in a variety of different styles. A post, in particular, stood out to me, captioned “How to fake a nose job, my updated contour tutorial.” This post amassed over 175,000 likes. I was alarmed that “unnatural” looks were being disguised as “natural.” But, at a staggering rate, these views are becoming the “new normal” way of thinking.

In May 2018, Dr. Dirk Kremer from Harley Street Aesthetics published a blog ‘What is driving Millennials to Botox and dermal fillers?‘ Dr. Kremer reports that the primary influences behind the soaring popularity of procedures in the UK and the U.S. are social media, celebrities, and the ever-lasting “selfie” trend. Since 2011, figures in the U.S. have risen by more than 41 percent of women aged between 19 and 34 years receiving Botox treatments. Men also seeking treatments is on the rise, leading to Botox for men now being referred to as “Brotox.”

Botox injections block specific chemical signals from nerves, mostly signals that cause the muscles to contract. The injections are most usually used in cosmetic procedures to relax the facial muscles temporarily. These muscles create wrinkles in the forehead and around the eyes from normal daily facial movements such as smiling and frowning as a person ages.

Face and lip fillers, otherwise known as dermal fillers, are substances injected into the individual’s face. Dermal fillers are favored as they help smooth lines, replenish lost volume, and help to restore a youthful appearance.

The UK’s cosmetic surgery industry is currently worth approximately £3.6 (US$50) billion. Non-surgical procedures, such as dermal fillers, account for 9 out of 10 procedures, valuing the sector at an estimated £2.7 (US$3.7) billion. However, to the individual, if surgeries or procedures go wrong emotionally, physically, and financially, the price to pay will be much higher.

The rise of the “rich girl look” that started in 2019 and was influenced by TV reality shows such as Made in Chelsea and Real Housewives prompted Dr. Kremer to tell Glamour magazine: “The puffed and plumped ‘rich face’ aesthetic is practically the new Louis Vuitton handbag in certain circles — an instant, recognizable marker of wealth and status.”

But the sad truth is that the price of beauty is more than skin deep. If too much Botox is used on the forehead, the muscles will get weaker and flatter over time. As a result, the skin can also appear thinner and looser. As well as stretching the skin, excessive use of fillers can result in longer-term damage, such as some degree of irregularity and aging of the skin.

Once used, Botox cannot be removed or dissolved. However, hyaluronidase, a type of soluble protein enzyme, can break down the hyaluronic acid found in dermal filler. On the vast majority, a recent trend demonstrated by current reality tv stars has seen a mass of people choosing to dissolve their fillers.

Stars like Molly-Mae Hague, best known for her role in Love Island, and Chloe Sims, a TOWIE (The Only Way Is Essex) veteran, have gone public with their decisions to “embrace their natural look.” Of course, it is all well and good when you can afford that luxury, but my guess is that the vast majority won’t be able to.

However, I often find myself asking: “Can you ever just go back to being natural?” With the natural trend back on the rise, what long-term damage could be caused to those already substantially influenced to change the appearance that came with them at birth?